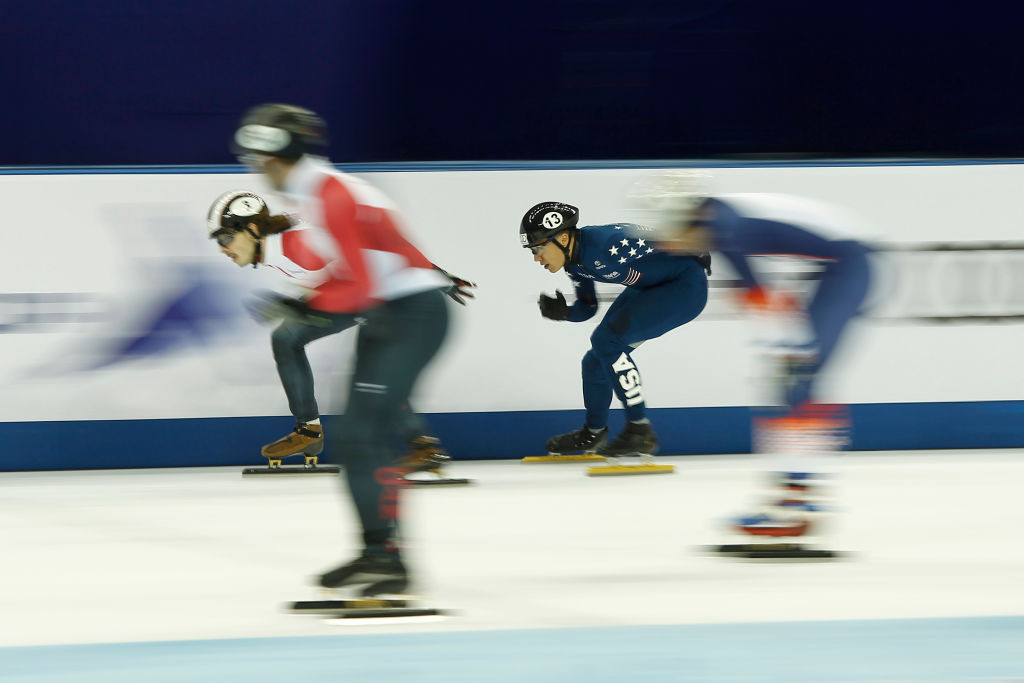 It beat the previous record set by Canada in Calgary in 2012 by more than a second.

South Korea, whose team was made up of Seo Yi Ra, Kwak Yoon Gy, Park Se Yeong and Kim Do Kyoum, were just 0.24 seconds behind in the runners-up spot.

"We’re just happy with everything coming together," Celski, a three-time Olympic medallist, said.

"We work really hard as a team and to see them (team-mates) have hope and go out there and attack the relay like we can win, it builds confidence."

It came after Canada had been penalised.

Compatriot Marianne St-Gelais finished second in 1:28.937, while Fontana secured bronze for Italy in 1:29.224.

The next leg of the ISU Short Track World Cup series is due to take place in South Korea's capital Seoul from November 16 to 19.