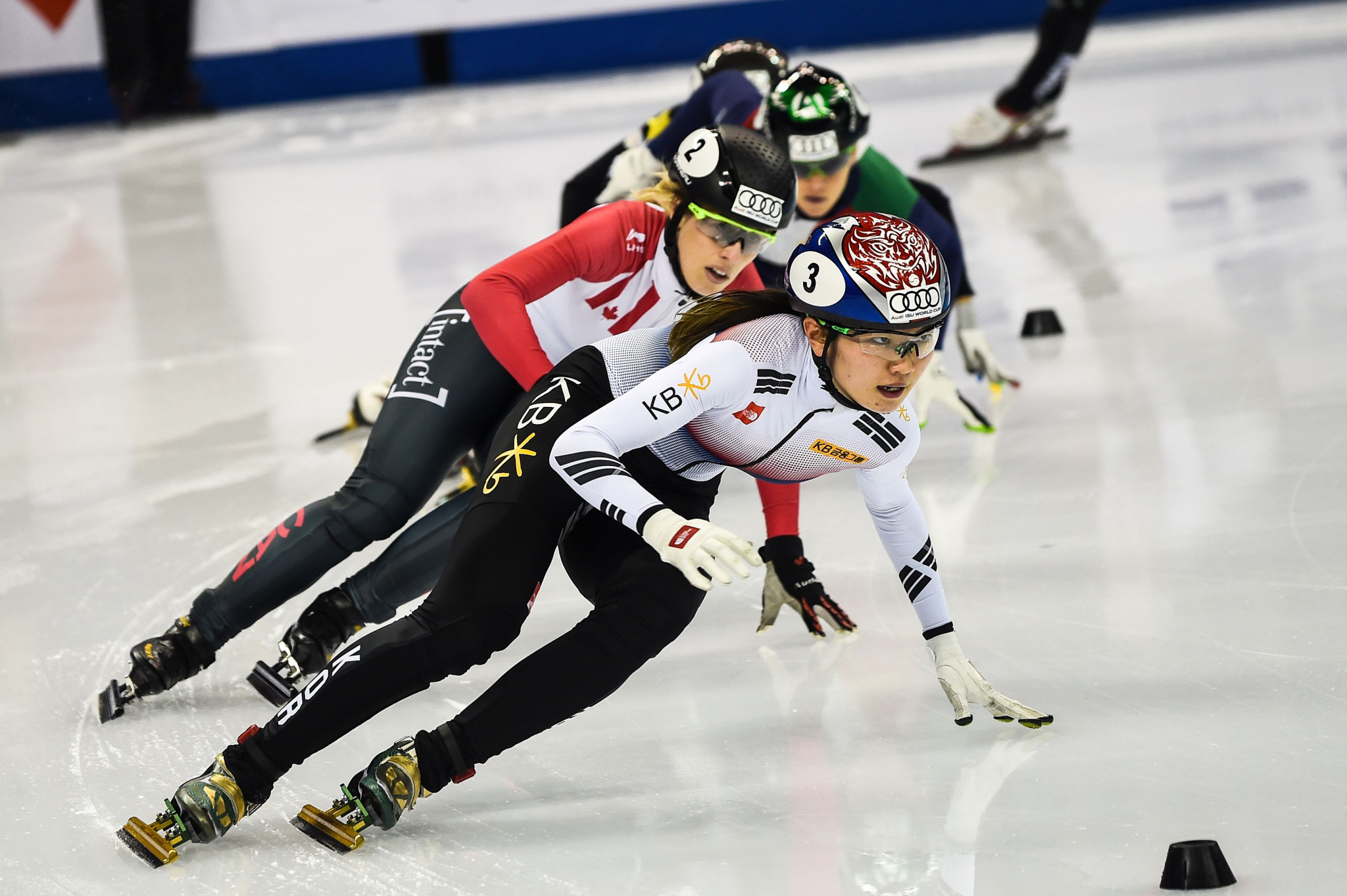 South Korea's Choi Min-jeong and Shim Suk-hee both won their women's 1,000 metres heats on another dominant day for the host nation at the International Skating Union Short Track World Cup in Seoul.

Multiple world champion Choi booked her quarter-final spot when she finished in first place in her heat in a time of 1min 31.583sec at the Mokdong Ice Rink.

Shim joined her compatriot in progressing at the final Short Track World Cup event of the season after she clocked 1:32.346.

There was disappointment for the hosts in the women's 1,000m, however, as Kim A-lang was disqualified from her heat.

Dutch skater Suzanne Schulting, veteran Italian Arianna Fontana and Britain's Elise Christie were among the other athletes to progress in the 1,000m event.

In the men's event over the same distance, Olympic 500m silver medallist Wu Dajing continued his recent good form by progressing to the quarter-finals.

The Chinese athlete triumphed in his heat after crossing the line in 1:27.084.

Han Tianyu, also of China, was in similarly quick form and produced the fastest time of the heats, finishing in 1:24.984.

He was the other skater to go underneath the 1:25.00 barrier.

Canadian Charles Hamelin also progressed as he clocked an impressive 1:25.039.

The event in Seoul offers athletes on the Short Track World Cup circuit the last opportunity to qualify for next year's Winter Olympic Games in Pyeongchang.