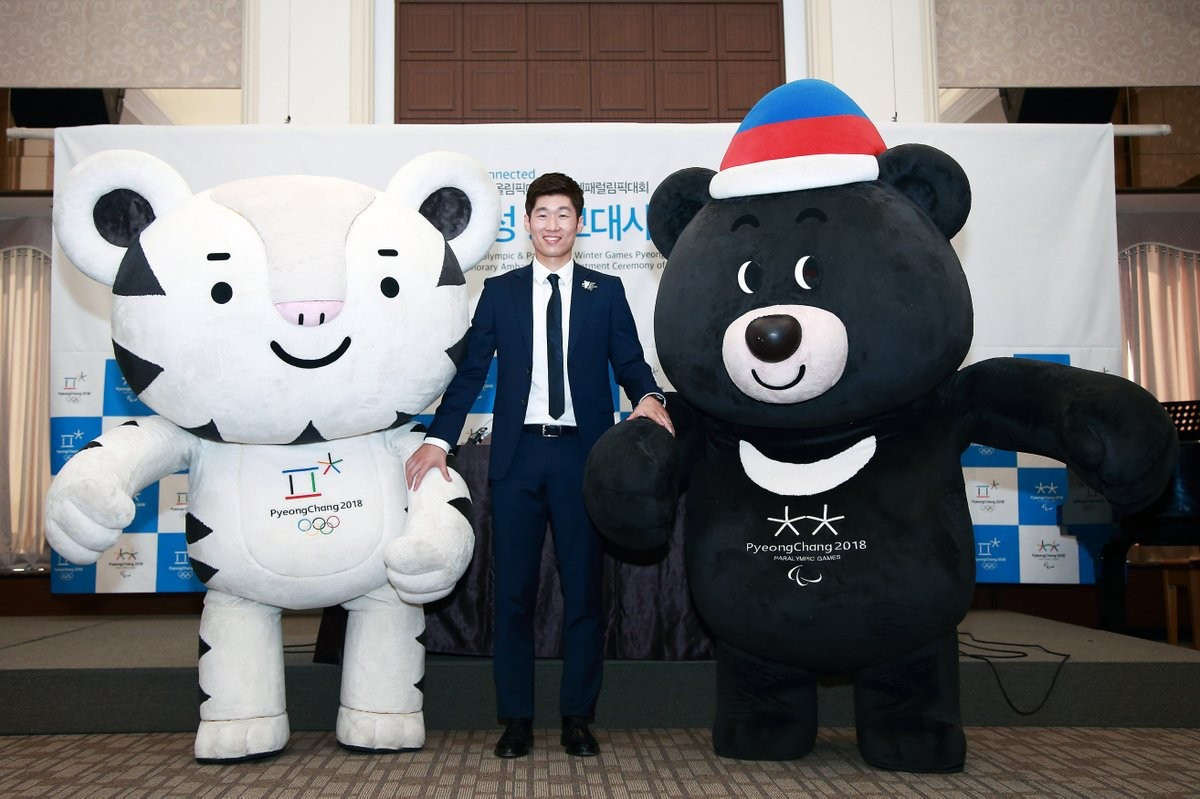 Former South Korean footballer Park Ji-sung has been announced as the first Torchbearer of the Pyeongchang 2018 Winter Olympic and Paralympic Games.

Organisers have revealed today that the 36-year-old will carry the torch first after the lighting and handover ceremonies in Ancient Olympia in Greece on October 24.

He was named as an honorary ambassador of the 2018 Winter Olympic and Paralympic Games back in August.

Park is one of the country's most recognisable footballers and scored 13 goals in 100 international appearances for his country.

He represented his nation at major tournaments, including at the 2002 World Cup, which South Korea co-hosted with Japan.

Park currently serves as a club ambassador for English Premier League side Manchester United, where he played his football from 2005 to 2012.

Cha and Park, winner of the individual épée at Rio 2016, will carry the Olympic flame in a group with youths from different parts of Korean society.

They are part of a group named "Dream Mentors" for the young people, ranging from aspiring football stars to equestrians and dancers.

The Relay is scheduled to begin on November 1 when the countdown to the first Winter Olympics in South Korea reaches 100 days.

The route will cover 2,018 kilometres through nine provinces, eight major cities, and 151 counties and districts.

Under the slogan of "Let Everyone Shine," the Olympic Torch Relay will have five themes.

They are the same themes on which the Olympic Games themselves will also focus: the economy, the environment, IT, the arts and peace.