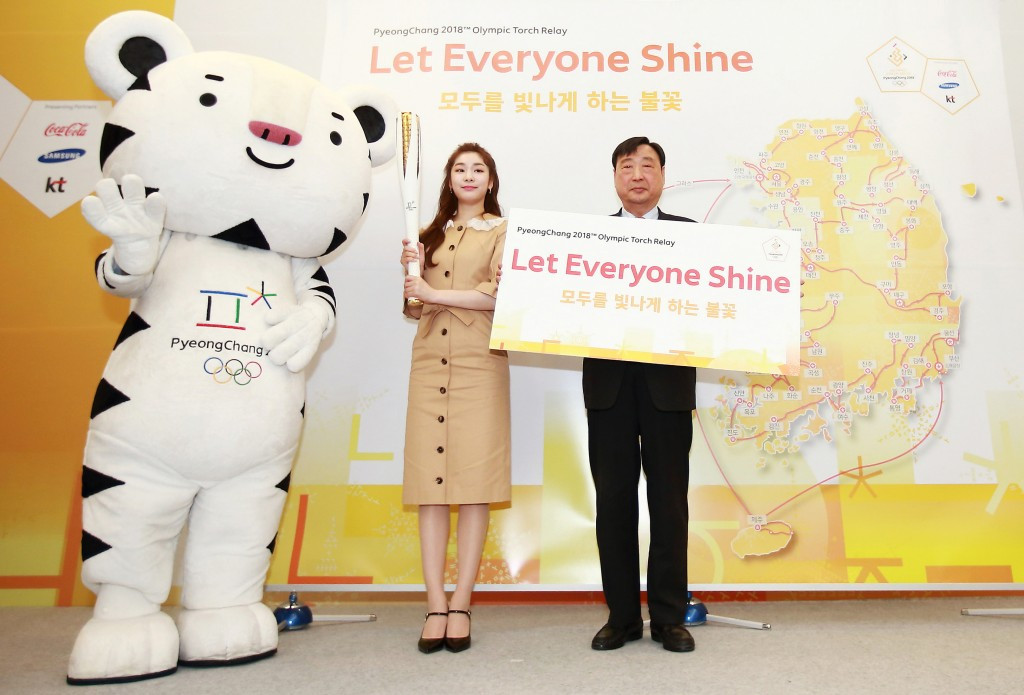 The Winter Olympic Torch will embark on a 2,018 kilometres journey around South Korea before arriving in time for the Opening Ceremony of Pyeongchang 2018, it has been announced today.

Organisers revealed that it will visit 17 cities and provinces and be carried by 7,500 torchbearers over a 101 day period after arriving in Incheon on November 1.

As already reported by insidethegames, this will follow a lighting in traditional fashion in Ancient Olympia in Greece on October 24.

The Flame will then be officially handed over to South Korean officials during a ceremony at the Panathenaic Stadium in Athens on October 31.

A full route has not yet been revealed.

Unlike before last year's Summer Olympics in Rio de Janeiro, when the Flame also visited Lausanne, there appears no plan to travel to any other countries during the tour.

An additional 2,018 "support runners" will also be chosen to assist with the relay.

A slogan of "Let Everyone Shine," will be used during the relay in what organisers claim is a reference to the Olympic Flame itself as well as to Pyeongchang's hopes of bringing the world together through sport.

It comes at a time of heightened tension over the nuclear ambitions of North Korea, which lies around 50km to the north of Pyeongchang County.

"As the Torchbearers carry the torch for 101 days, we are confident that the Flame will truly ‘Let Everyone Shine’ and spark passion and excitement before the Games.”

She is considered a favourite to light the Olympic Cauldron during the Opening Ceremony.

"It motivated me to work even harder towards winning a gold medal at the Olympic Winter Games.

"I am also excited and honoured to take part in lighting the Flame in Olympia Greece on October 24.

"I hope that many people can be a part of the Pyeongchang 2018 Olympic Torch Relay and create a lifelong memory.”

Presenting partners Coca-Cola, Samsung Electronics, and KT will also be involved in the Relay.

A Torchbearer selection programme began in March and is expected to run until May.