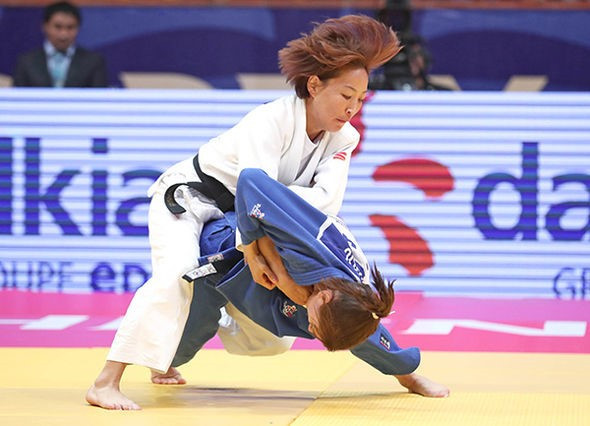 Urantsetseg justified her number one seeding by taking the title in the women’s lightest weight category of under-48 kilograms at the Uzbekistan Tennis Courts, the fifth Grand Prix gold medal of her career.

She was expected to maintain Mongolia’s momentum from the World Championships, where they won a record haul of six medals.

Bronze medals were shared between Mariia Persidskaia of Russia and Hungary's Eva Csernoviczki.

The 20-year-old defeated three-time Grand Prix bronze medallist Agata Perenc of Poland with an ippon to complete an incredible debut at the highest level.

Belgium's Charline Van Snick and Petra Nareks of Slovenia rounded out the podium.

In today's third and final women's category, Poland's Anna Borowska celebrated the biggest win of her career at the expense of former European Championships bronze medallist Timna Nelson Levy of Israel in the under-57kg final.

Former Junior European Championships winner Borowska threw the Israeli with an o-goshi to seal the title.

Kaja Kajzer of Slovenia recorded her country's second bronze of the day while Kazakhstan's Sevara Nishanbayeva took a share of third place.

There was also action in two men's categories today.

Sharafuddin Lutfillaev delighted the home crowd by winning one bronze medal while Kazakh Abylaikhan Sharatov won the other.

Belarus' Dzmitry Minkou then claimed the best result of his career as he secured the under-66kg gold.

The Belorussian, who started the day ranked 15th in the world, will now be pushing for a place in the top 10 and has all but assured himself of a spot in December’s invite-only World Judo Masters.