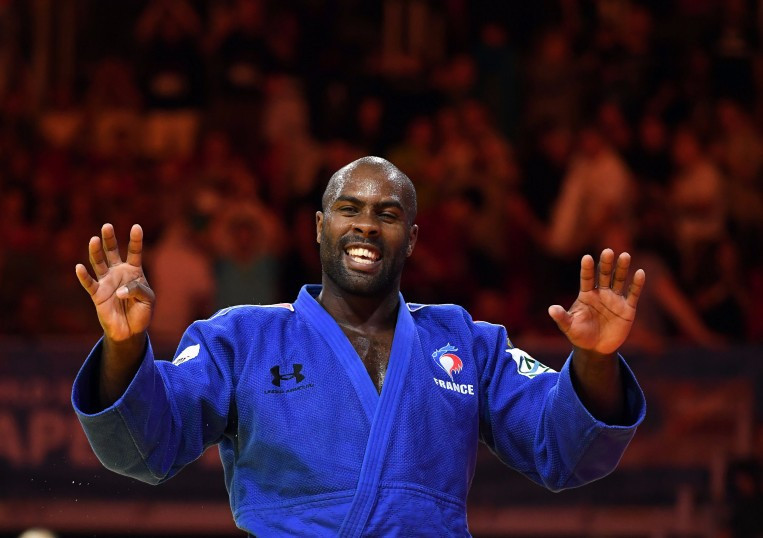 France's Teddy Riner will be in action at this weekend's International Judo Federation (IJF) Grand Prix in Zagreb, just weeks after winning the ninth world title of his career.

Prior to the recent World Championships in Budapest, Riner had not competed since clinching his second Olympic gold medal in the over-100 kilograms category at last year's Games in Rio de Janeiro.

He remained as formidable as ever, though, and maintained an unbeaten run which stretches back to 2010, as he threw Brazilian opponent David Moura for ippon during the golden score period in the heavyweight final.

The last judoka to beat him was Japan's Daiki Kamikawa, who ousted the Frenchman in the openweight final at the 2010 World Championships in Tokyo.

The Zagreb Grand Prix will begin tomorrow and conclude on October 1 at Dom Sportova.

A number of World Championships and Olympic medallists are expected at the sixth Grand Prix of the season and the fifth edition of the event in Croatia.

The Azeri pair of Rustam Orujov and Elmar Gasimov, both silver medallists at Rio 2016, will be in action.

"After the successful World Championships in Budapest I would like to congratulate all medal winners but also all the participants.

"Most of these top athletes we could see in Zagreb at our earlier events and we are sure that we will see some of this year's athletes at Tokyo 2020."