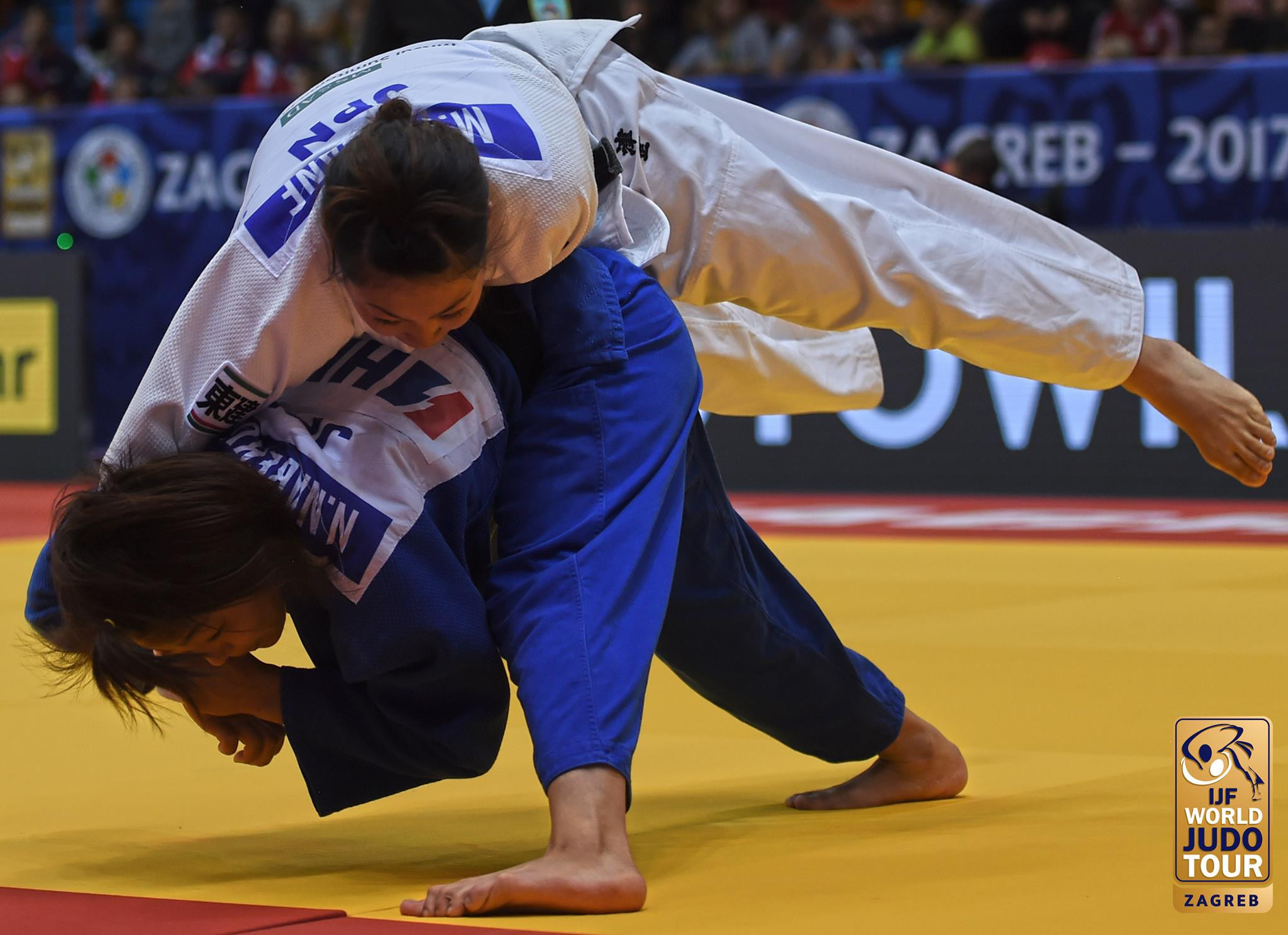 Both Japanese judokas enjoyed serene progress through the opening rounds of the competition at the Dom Sportovo, setting up a head-to-head battle in the final.

The podium was rounded off by Sweden’s Mia Hermansson and Britain’s Lucy Renshall.

Brazil’s Barbara Timo emerged as the winner of the women’s under-70kg division, with the 26-year-old seeing off the challenge of France's Fanny Posvite.

Timo achieved a waza-ari and yuko to claim a convincing win over her French opponent to top the podium.

Anna Bernholm of Austria and Sweden’s Michaela Polleres battled to the bronze medals in the division.

Sweden earned a third medal of the day in the men’s under-73kg competition, but gold remained elusive for their judokas.

Tommy Macias produced an impressive display to reach the gold medal tie, but the 24-year-old proved no match for Rustam Orujov in the final.

The Azeri judoka, an Olympic silver medallist at Rio 2016 and last month's World Championships in Budapest, beat Macias with an ippon score.

Brazil’s Eduardo Barbosa and Russia’s Uali Kurzhev also achieved ippons in their bronze medal matches, as the duo rounded off the podium places.

Hungary’s Attila Ungvari emerged as the winner of the men’s under-81kg competition, triumphing in a tight final against France’s Jonathan Allardon.

There was little separating the two judokas throughout the contest, but Ungvari eventually struck to earn a match winning ippon.

The Grand Prix is due to conclude tomorrow with the men’s under-90kg, 100kg and over-100kg competitions, as well as the women’s under and over-78kg divisions.