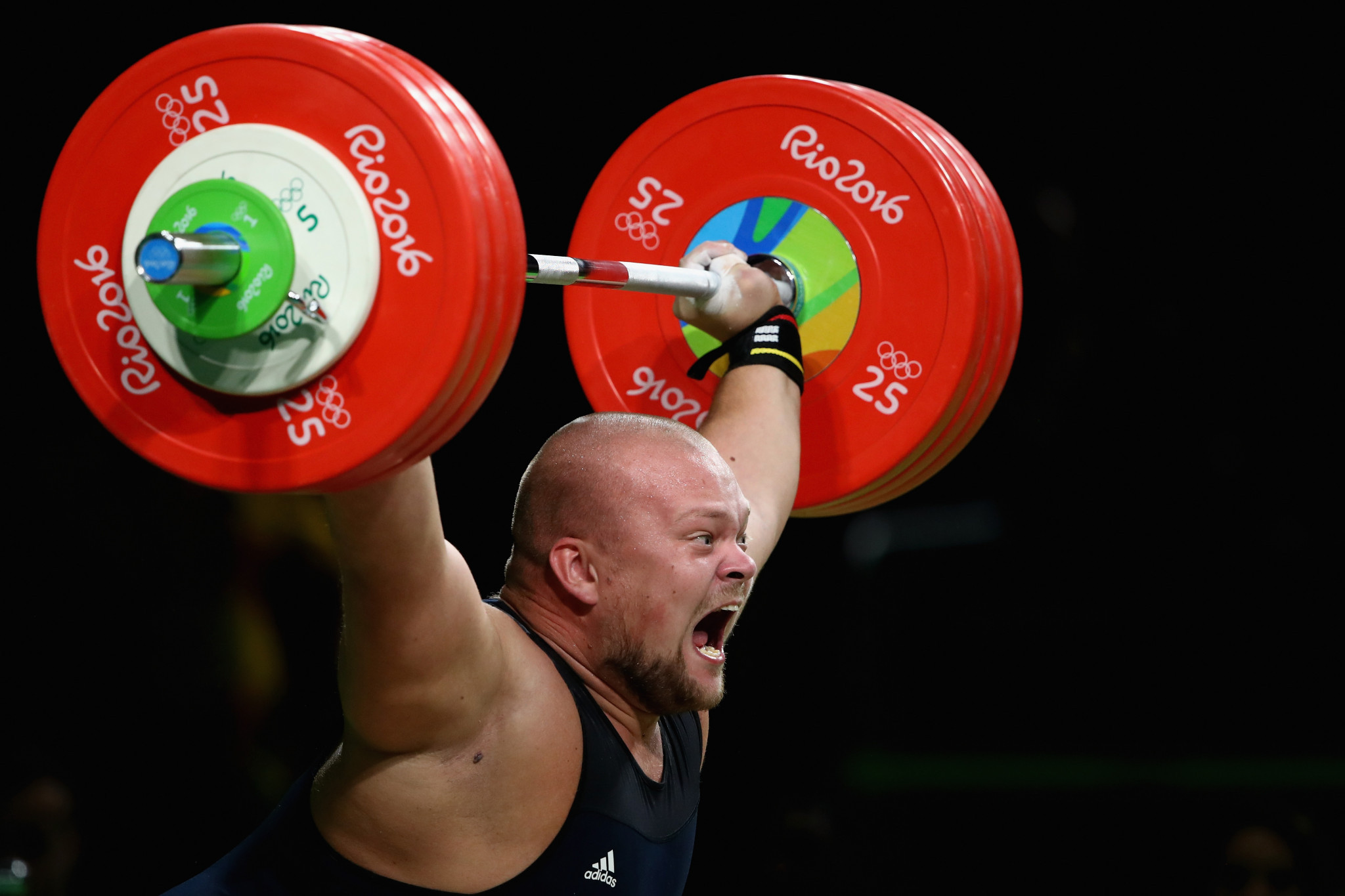 Weightlifting executives and independent experts from all over the world gather in Bucharest in Romania this weekend for one of the sport’s most important decision-making meetings since it gained a regular place on the Olympic Games programme nearly 100 years ago.

After it decides on the way forward, the International Weightlifting Federation (IWF) has 10 weeks to devise a plan to combat doping that is strong enough to persuade the International Olympic Committee (IOC) not to drop the sport, which has featured at every Games since Antwerp 1920.

Weightlifting already catches more doping cheats than most other major sports - ahletics and cycling also featured prominently in the latest statistics published by the World Anti-Doping Agency (WADA) - but if it is to retain its Olympic status it must not shirk from catching even more, says a senior IOC/WADA figure.

If it does so, the IWF should be congratulated, not castigated, said Adam Pengilly, the British IOC member who represents the IOC Athletes’ Commission on the WADA Foundation Board.

"The problem at present is that any International Federations (IFs) that catch lots of cheats get tarnished as being a dirty sport, when in fact, if the majority of the cheats are being caught, they should be commended," Pengilly, who has held senior roles in the Olympic Movement for 12 years, said.

Two specially convened new commissions will report to the IWF’s Executive Board in Bucharest, where another important decision to be taken concerns the suspension of nine nations which had three or more positives in the retesting of samples from the 2008 and 2012 Olympics.

The Sport Programme Commission is looking at ways of how the sport can be more innovative, whether there should be changes to the Olympic qualification system, and more immediately which of the eight men’s bodyweight categories to drop for Tokyo 2020, where weightlifting will have one fewer category than it had at Rio 2016.

The Clean Sport Commission, featuring representatives from WADA, National Anti-Doping Organisations (NADOs), laboratory experts and sports law experts as well as two men from inside the sport, will advise the IWF before it submits its crucial report in December, as requested by the IOC President, Thomas Bach.

Pengilly said the presence of so many independent experts in the decision-making process "seems like a positive move, provided it [the Clean Sport Commission] has the knowledge, access, resource and influence on the IWF executive to make the necessary and significant changes".

When the IOC conducted the retests of samples from Beijing 2008 and London 2012, 49 weightlifters came up positive, 30 of them medallists.

Of those 49, all but six were from former members of the Soviet bloc, where doping has been endemic.

Pengilly said: "I believe the IOC and WADA should work hard to try and develop a means to assess the incidence of doping in certain populations.

"It is a tough challenge and may not be successful, but we owe it to clean athletes and those IFs and NADOs that are actually trying to defeat this scourge.

"As such, if an IF starts catching lots of cheats, they can be congratulated rather than slapped on the wrists.

"Knowing the scale of the problem would switch the incentive for catching drug cheats from negative to positive."

The IWF banned Russia and Bulgaria from Rio 2016 for multiple doping offences, and voted last year to suspend the nine nations which had three or more positives in the retests.

Those suspensions have yet to be implemented because of procedural delays and appeals, and a decision is expected this weekend.

If the bans are implemented immediately, all nine would miss this year's IWF World Championships in Anaheim, California, from November 28 to December 5.

"I do applaud the stance the IWF have taken when it comes to banning nations that persistently offend, which should be standard across all IFs," said Pengilly.

"Given weightlifting’s situation, I think this should be toughened further, provided there is legal viability.

"The IWF is in trouble as a result of the very successful Olympic retest programme with more advanced methods.

"The retesting programme has given us a picture into the extent of the problem in weightlifting, albeit a blurred one.

"My view is that this should be the start point for the threat, i.e. that the IWF needs to start catching significantly more, introducing massive resources and having a world-leading testing programme.

"Otherwise the sport should be in trouble and thus excluded.

"I really hope the Clean Sport Commission drives change that cleans up the sport."