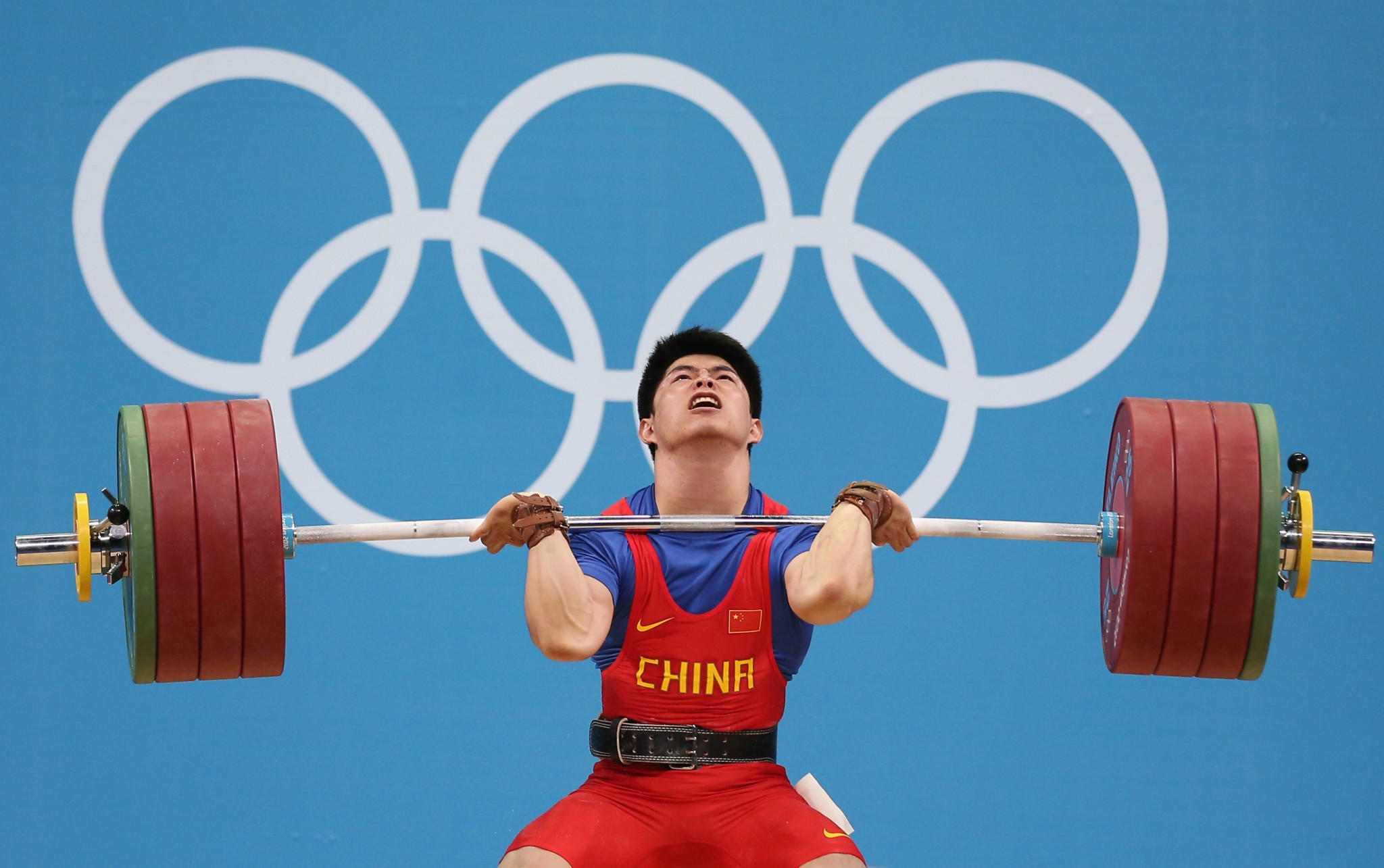 Nine of the world’s most successful nations in weightlifting, including China and Russia, are set to be banned from this year’s International Weightlifting Federation (IWF) World Championships in Anaheim because of multiple doping offences at the Olympic Games.

China has finished top of the medals table at every Olympic Games and World Championships in the past 20 years apart from once, at Antalya in 2001, when Russia beat them into second place.

A three-man Commission set up to make a proposal to the IWF Executive Board on how to deal with the nine - all of whom had between three and 10 positives in the retesting of samples from Beijing 2008 and London 2012 - are due to meet in Budapest this weekend to finalise their findings.

Their report will be put to an extraordinary meeting of the IWF’s Executive Board in Bucharest on September 30 and October 1 and insidethegames understands that all nine will be banned from the biggest event on the weightlifting calendar this year.

Of the 49 weightlifting positives in the Olympic retests, 30 were medallists, including the biggest name in the sport in recent years, Ilya Ilyin from Kazakhstan.

Ilyin came up positive in Beijing 2008 and London 2012, having won gold medals at both Games at 94 kilograms.

Five of the 10 Kazakhs caught in the retests, which were overseen by the International Olympic Committee, have tested positive at least twice.

Russia also had 10 positives but, unlike Kazakhstan, has already been severely punished by being banned from weightlifting at Rio 2016.

The length of the new bans will be up to one year, and all nations may be given a chance to reduce the length of their exile from the sport - after the World Championships ­- by signing up to strict, specific conditions.

Full details will be announced after the IWF Executive Board meeting.

In a recent interview with insidethegames Attila Adamfi, director general of the IWF, said cheating nations will be punished but there should be more than suspensions.

"Simply applying a sanction will not solve the cultural problem," Adamfi said.

"I don’t say they should not be punished, but it’s equally important to make sure that their current system is changed, and to motivate them to show meaningful anti-doping activity.

"We would like to make sure that their involvement and commitment guarantees that the same problem will not arise again and that they don’t come back with same people, the same system."

The original decision to sanction nations with three or more retest positives was taken by the IWF at a meeting in Tbilisi in Georgia 15 months ago but much of the process was out of their hands and delays were caused by appeals and legal arguments.

The Court of Arbitration for Sport (CAS) nnounced only last week that the two most recent appeals, by Chinese gold medallists Chunhong Liu and Lei Cao at Beijing 2008, had failed, as had all earlier appeals by individuals or National Federations.

CAS cleared the IWF to suspend the nine nations - Russia, Kazakhstan, Armenia, Azerbaijan, Belarus, Moldova, Ukraine, Turkey and China - but said they should be treated as individually different, as some have only three positives while Russia and Kazakhstan have 10.

The three men on the "Tbilisi Commission" are from Germany, Peru and Great Britain: Christian Baumgartner, President of the German Weightlifting Federation, IWF Vice-Ppresident Jose Quinones, and IWF Executive Board member Mike Irani.

Baumgartner is also a member of the Clean Sport Commission, announced yesterday and tasked with advising the IWF over the next three months before it submits its crucial report on future plans to tackle doping.

The sport’s continued presence on the Olympic schedule depends on the IOC accepting that report, called for by its President, Thomas Bach, when he spoke in June of "the massive doping problem this sport is facing".

Baumgartner could not talk about the Tbilisi Commission’s decisions but had said in an interview with insidethegames earlier this year, "The target for the decision in Tbilisi was National Federations who were not capable of organising the sport in their own country in a way that they can avoid the use of doping substances.

"Everybody was disgusted with the numbers [of positives] coming up.

"We were aiming at the National Federations who were obviously cheating in a multiple way.

"Our problem, and the IOC’s, is to get Member Federations and NOCs (National Olympic Committees) to take responsibility in their area for having clean sports.

"It’s not the fault of the IWF only if some Federations are not able to keep the cheats and dopers away.

"Take the example of Kazakhstan. If you look at how Ilya Ilyin has been celebrated and still is celebrated you can see that he and Kazakhstan society just don’t understand what it’s all about with doping.

"They don’t have a bad conscience about doping,

"I don’t know if it can be changed.

"For me it seems they simply don’t care about it. But there is no alternative to clean sport. If there is no change, we have to keep them out."

The full list of the nine who face suspension is: Kazakhstan ad Russia with 10 retest positives each, Belarus seven, Azerbaijan five, Armenia four and Turkey,Ukraine, China and Moldova three each.

The absence of so many nations in Anaheim would increase the chances of the United States, who were already optimistic of winning medals regardless of any bans, having their best World Championships in many years.

A depleted field would also raise the prospect of America's number one enemy of the moment, North Korea, finishing top of the medals table - provided they compete in Anaheim, where the World Championships are due to run from November 27 until December 5.