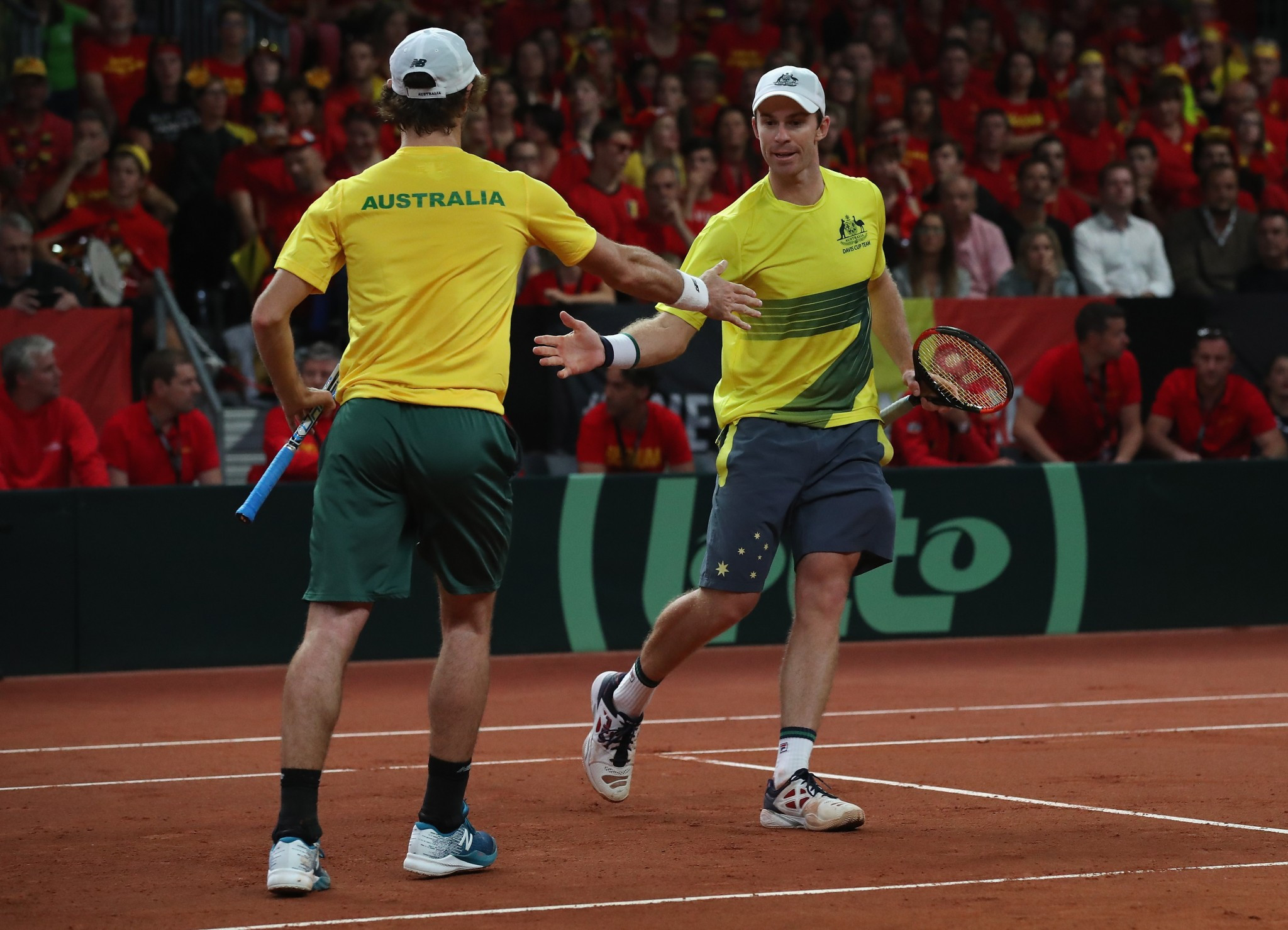 Australia and France have moved in front in their respective Davis Cup 2017 semi-finals following victories in today's doubles matches.

Both ties were evenly poised at 1-1 overnight as France and Serbia, as well as Belgium and Australia, shared the points on the opening day of singles play yesterday.

Australia, under captain Lleyton Hewitt, are attempting to secure a first Davis Cup title since 2003.

They moved in front against Belgium after John Peers and Jordan Thompson got the better of Ruben Bemelmans and Arthur De Greef at Palais 12 in Brussels.

The Australian duo silenced the home crowd by recording a comfortable 6-3, 6-4, 6-0 win to put their country 2-1 in front.

"It was surprising," said Thompson.

"We love to see the green and gold fans and couldn't ask for more."

In the second semi-final, France pulled a point clear of Serbia after they recorded doubles success in Lille today.

Herbert and Mahut have combined to win two Grand Slam doubles titles together and were hardly troubled on home soil.

"Well a 2-1 lead in the tie is obviously a good situation for us," said France captain Yannick Noah.

"Jo-Wilfried Tsonga had a very solid game on Friday so hopefully he is going to have a good one tomorrow."

Both ties conclude tomorrow with the reverse singles matches.