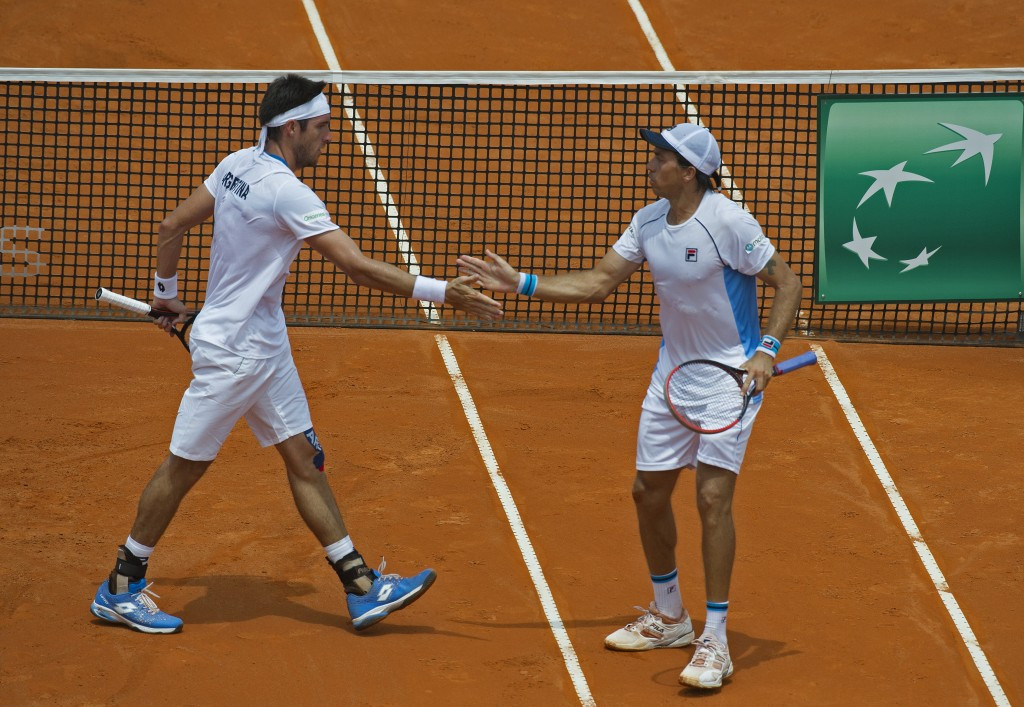 Argentina were ranked number one among the eight seeded nations for the play-offs and will travel to the Central Asian nation.

There are four all-European ties with Switzerland set to welcome Belarus and the Czech Republic due to travel to The Netherlands.

Portugal face Germany on home soil while Russia will play away in Hungary.

Croatia, Davis Cup champions in 2005, are set to travel to South America to play Colombia while Brazil will head to Asia as they take on Japan.

In the final match of the play-offs, Canada have been drawn to face India at home.

The eight winning nations will contest next year's World Group, the highest level of the prestigious men's team competition.

However, the eight losing nations will contest their respective Zone Group I events in 2018.

The play-offs will take place alongside the World Group semi-finals between September 15 and 17.

France, Serbia, Australia and Belgium all moved into the last four with quarter-final victories.

The French team defeated Great Britain 4-1 and will meet Serbia, who won by the same scoreline against Spain.