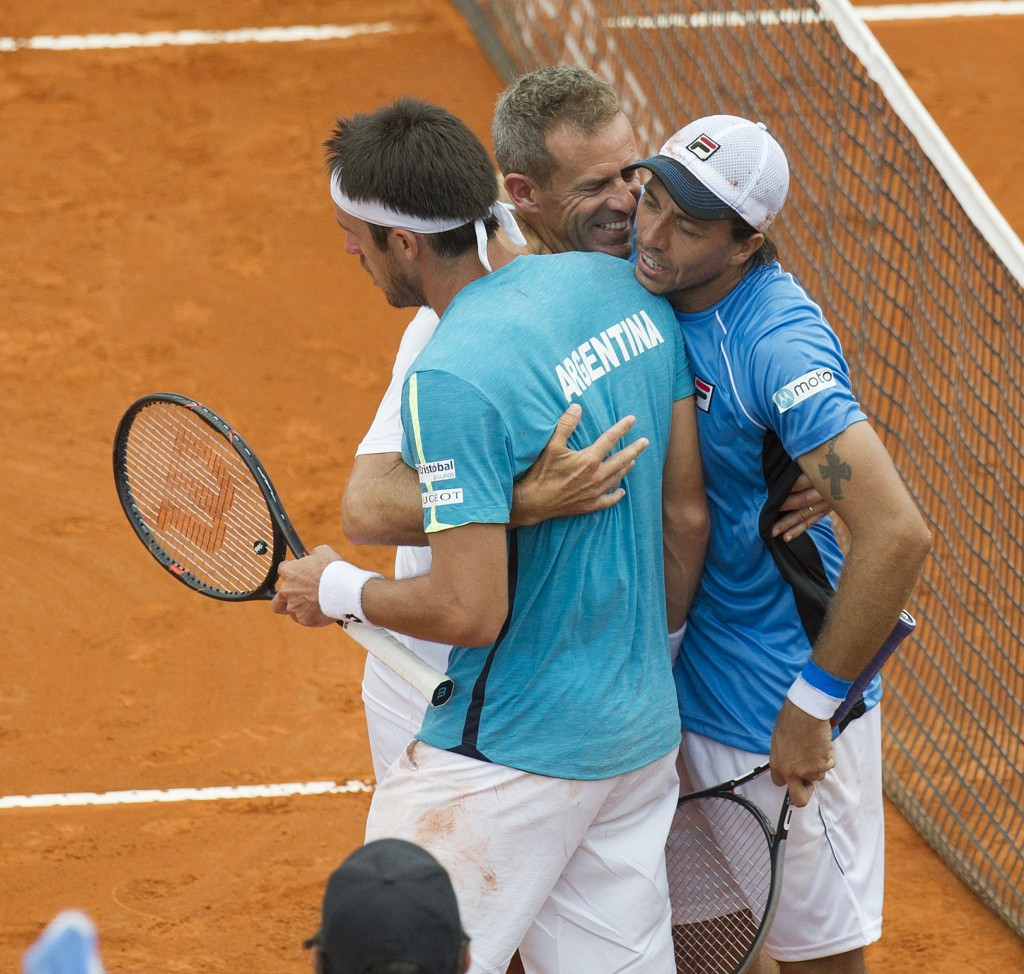 The draw is set to take place at the ITF offices in London.

The eight winning nations will contest next year's World Group, the highest level of the prestigious men's team competition.

However, the eight losing nations will contest their respective Zone Group I events in 2018.

Argentina, the 2016 Davis Cup champions, are ranked number one among the eight seeded nations in the World Group play-offs.

Croatia are second, Switzerland third and the Czech Republic fourth.

Germany find themselves seeded fifth and are followed by Japan and Russia in sixth and seventh respectively.

Each of the seeds will be drawn against one of the unseeded nations which includes Belarus, Brazil, Colombia, Hungary and India.

Kazakhstan, The Netherlands and Portugal are also unseeded.

The line-up for the World Group play-offs was confirmed when Belarus, Brazil, Colombia, India, Kazakhstan, The Netherlands and Portugal all won their Zone Group I second round ties last weekend.

Hungary had already assured its place in the World Group play-offs by winning its Zone Group I second round tie in February.

The eight nations joined the losers from the 2017 World Group first round ties.

The play-offs will take place alongside the World Group semi-finals between September 15 to 17.

France, Serbia, Australia and Belgium all moved into the last four with quarter-final victories at the weekend.

The French team defeated Great Britain 4-1 and will meet Serbia who won by the same scoreline against Spain.

Australia claimed a 3-2 win over the United States and will now play Belgium for a place in the final, after David Goffin won the decisive singles match in a 3-2 win over Italy.