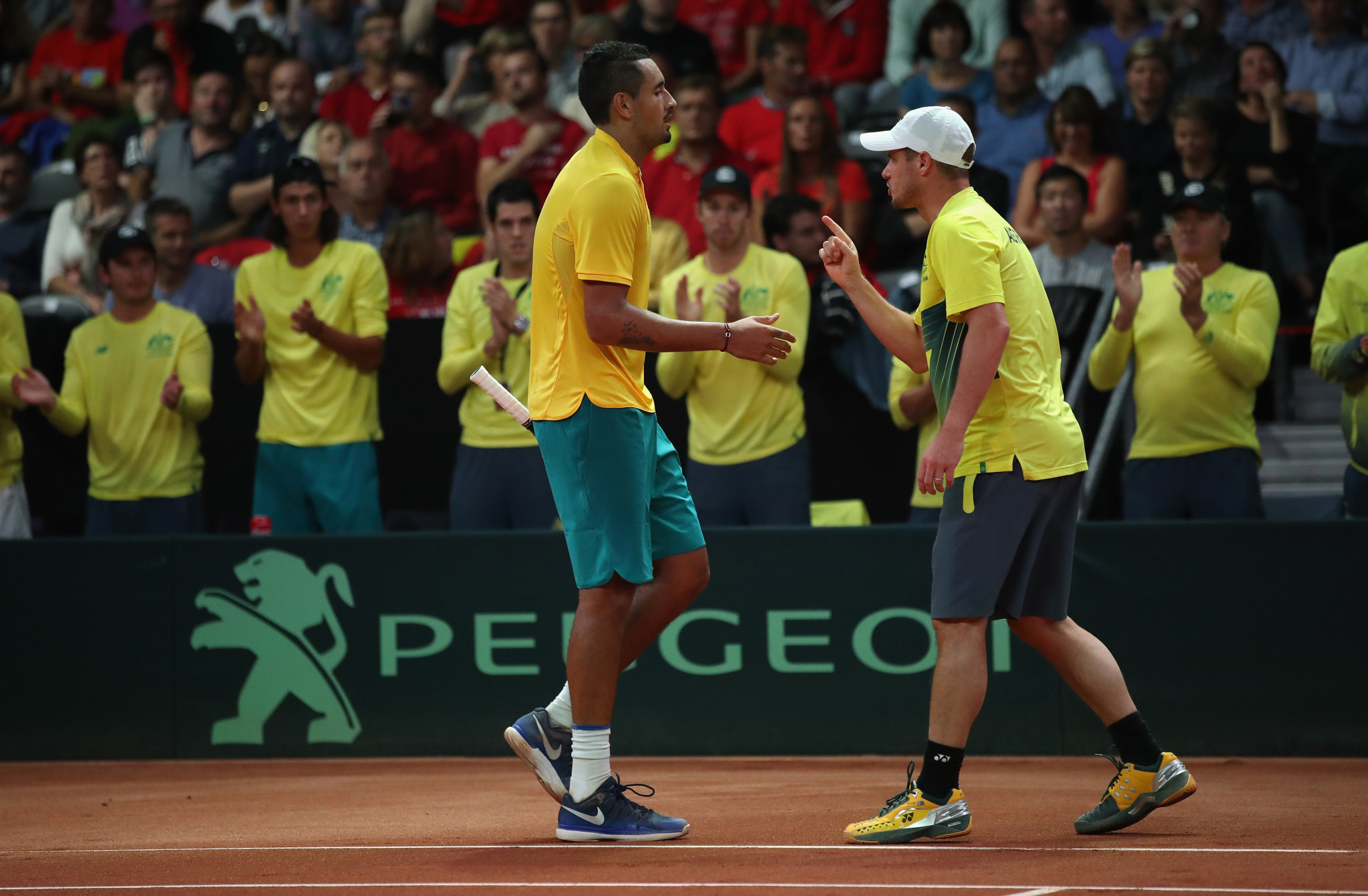 Both semi-finals in the 2017 Davis Cup are evenly poised at 1-1 following the opening day of singles matches.

Belgium and Australia as well as France and Serbia could not be separated as all four teams took a share of the spoils today.

David Goffin, currently ranked 12th in the world, scored Belgium's first point of the tie as he came from a set down to beat Australian John Millman at Palais 12 in Brussels.

Millman took the opening set in a tie break before Goffin fought back to level the match by taking the second 6-4.

Cheered on by his home crowd, Goffin then went on to seal victory by taking the second and third sets 6-3 and 7-5 respectively.

"Physically I'm not at my best, but I knew for the team and the fans that I had to leave my heart out on the court," Goffin said.

"I made some mistakes but there were a lot of rallies.

"To give one point to your country is the best feeling you can have."

Steve Darcis of Belgium and Australia's Nick Kyrgios then contested a thrilling five-set match this evening.

Kyrgios took the opening set 6-3 before Darcis came charging back to win both the second and third 6-3, 7-6.

However, the Australian then produced a sensational comeback to win the fourth and fifth sets with ease.

Kyrgios pulled level by winning the fourth 6-1 and then sealed victory after taking the fifth 6-2.

Jo-Wilfried Tsonga quickly restored parity in the tie, though, as he thrashed Serbia's Laslo Djere in the second singles rubber.