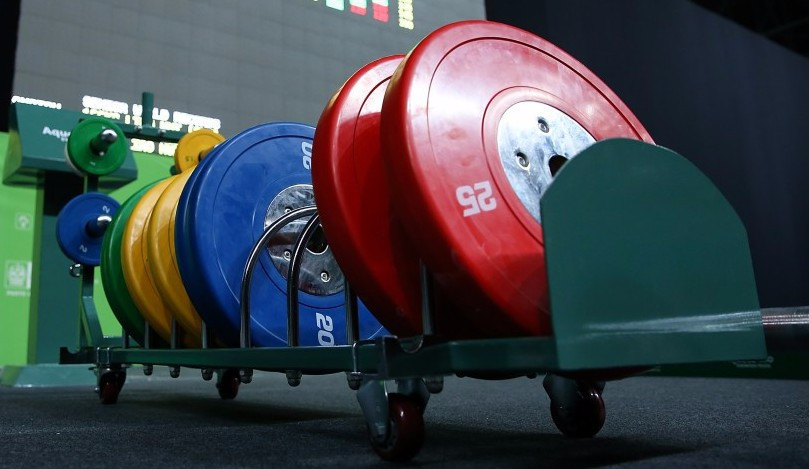 A conspiracy and a tainted dessert have been blamed by senior sports officials in Egypt for a weightlifting doping scandal that involves girls too young to be named.

Two 14-year-olds are among seven Egyptian weightlifters who tested positive for steroids at the African Youth and Junior Championships.

They were caught by International Weightlifting Federation (IWF) testers.

As a result, Egypt have withdrawn from the IWF Junior World Championships set to start today in Japanese capital Tokyo.

Last week, the IWF was told that weightlifting’s place in the Olympic Games is under threat because of doping.

The IWF declined to comment on the Egypt cases as they are not yet closed.

Under World Anti-Doping Agency (WADA) guidelines five of the names cannot be released, the sport's governing body said, because they were minors at the time of testing.

The Egyptians gave the seven names to Reuters.

Two were 14 at the time the samples were taken, three more were teenagers and the other two, who have been named as Ahmed Emad Gouda and Alla Yasser Zaki, were 20.

The latter two have won gold at the African Junior Championships, with Gouda being victorious in the men's 77 kilograms and Zaki in the women’s 75kg.

Egypt's National Anti-Doping Committee revealed an internal investigation had concluded that an Egyptian dessert, consumed by the team at the Championships, may have been tainted deliberately by an athlete, coach or official who was in dispute with the Federation.

If these explanations are not deemed acceptable, Egyptian officials, athletes or the entire Federation could face a lengthy ban.

The samples were taken by the IWF's testers in early December last year and the Egyptians were informed of the seven positives about four months ago, according to Mahjoub.

The cases were not made public but Egyptian media reports on the scandal began to emerge recently.

One of them was headlined "Steroids hit Egyptian women's sports" and another called for the Sports Minister Khaled Abdel Aziz to intervene.

Aziz is believed to have visited Switzerland to plead with the IWF during an informal meeting for leniency.

The length of ban for "bringing weightlifting into disrepute" is two years, but according to reports in Cairo, the Egyptian Federation expects to be banned for three years, which would bar them from the 2020 Olympic Games in Tokyo.

Ihab Mohamed took bronze in the men’s 77kg and the biggest headline maker was Sara Ahmed, 18 at the time, who became the first Arab woman to stand on the Olympic podium when she was third in the 69kg.

Last month, Tamás Aján spoke of the governing body taking a tougher stance against doping when he was re-elected President of the IWF.

When the International Olympic Committee (IOC) retested samples from the 2008 and 2012 Olympic Games 49 weightlifters came up positive, 30 of them medallists.

"The IWF has until December 2017 to deliver a satisfactory report to the IOC on how they will address the massive doping problem this sport is facing," Bach said.

He warned the report was a condition for weightlifting remaining on the Olympic programme for the 2024 Games.

In the past four years, Egypt has had three other weightlifters banned for doping, all women.

Egypt's national coach, Khalid Qarni, is said to have left his post to work in Saudi Arabia about two months ago.

Egypt are the sixth nation to have had multiple positives in the past six years, though none has featured lifters as young as 14.

In 2011, Thailand had seven teenagers test positive, six of them girls, including the reigning Olympic 58kg champion Sukanya Srisurat, 16 at the time.

Bulgaria, for having so many positives in a pre-Olympic year, and Russia, for "bringing weightlifting into disrepute" by systemic cheating, were both banned from Rio 2016.

Both those nations have been in trouble again.

Russia had a positive disclosed in May from the 26-year-old 85kg lifter Viktor Kharchenko, while reports in Bulgaria suggest one of their young competitors, 16-year-old Dayana Dimitrova, tested positive in April, though no disclosure has yet been made by the IWF.

The IWF Executive Board met in Tokyo this week, but were not able to make any decisions on the Egypt cases because the "results management of the seven cases is incomplete".

Nine nations who had three or more positives in the IOC’s retests from 2008 and 2012 are due to be suspended by the IWF.

However, no decisions on the length of their suspensions have been announced and the executive board will hold another meeting in September.

The nine nations are Kazakhstan and Russia with 10 positives each, Belarus seven, Azerbaijan five, Armenia four and China, Moldova, Turkey and Ukraine three each.