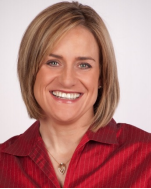 International Paralympic Committee (IPC) Governing Board candidate Marianna "Muffy" Davis believes a "zero tolerance" approach is required with regard to athletes who violate the IPC Classification Code through intentional misrepresentation.

The 44-year-old American, a triple Paralympic gold medallist in cycling at London 2012, is vying for one of the 10 members at large positions on the Governing Board with the election due to take place on September 8 during the IPC General Assembly in Abu Dhabi.

One of her five priorities, if elected, is to apply the latest scientific research and leading-edge techniques to all aspects of the IPC Athlete Classification Code and anti-doping, to maintain the integrity of Paralympic sport.

Davis thinks athletes will become more inclined to cheat as the Paralympic Movement grows and stressed the importance of keeping on top of the matter.

"In a way, it’s a compliment that people are willing to cheat for a Paralympic medal, but I think we have to have zero tolerance," she told insidethegames.

Last August, prior to the Rio 2016 Paralympic Games, the IPC said they had found no evidence of intentional misrepresentation - where an athlete or governing body attempts to cheat the system by gaining a more favourable classification - in swimming after they conducted a "thorough examination" of 16 cases.

But earlier this year, a UK Athletics review into the classification of athletes revealed some concern that the system is "open to exploitation".

Another of Davis’ priorities is to focus on generating greater exposure for Paralympic sport and its heroes in the media to raise awareness and attract new sponsorship opportunities.

"I think we have an amazing brand - every athlete has a fantastic story of overcoming adversity and getting to where they have and I just think we need to highlight that," she said.

The four-time Paralympic medal-winning Alpine skier, added: "I think we just need to continue getting awareness out there of what is possible and I think that would be through our corporate sponsors."

Davis was poised to be named in the United States' ski team when an accident at the age of 16 left her paralysed from the chest down.

She has been part of the Paralympic Movement for 20 years as an athlete, an ambassador, volunteer, and member of the IPC Women in Sport Committee, International Cycling Union Para-cycling Commission and United States Olympic Committee Paralympic Advisory Committee.

Furthermore, she has been an advocate for inclusion and diversity since her time as a member of the Stanford University Students with Disabilities organisation, where they lobbied for community-wide equal access.

Other priorities for Davis include increasing girls’ participation in grassroots Paralympic sport and creating more opportunities for women across the Paralympic Movement, on and off the field of play.

She also wants to grow the resources of the Agitos Foundation through new commercial deals, in an attempt to offer more life-changing grants and educational programmes in developing nations.

Facilitating the transfer of knowledge and resources from countries with developed Paralympic sport infrastructure to those still working to put the fundamentals in place is another priority, with a particular focus on educating communities about the benefits that a person with an impairment can derive from sport.

"I guess for me, I just want everyone to know that the Paralympics is a passion of mine," Davis said.

"It has been a passion of mine since I had my accident almost 30 years ago and I learned that I didn’t have to give up my goals and my dreams.