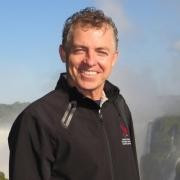 The International Paralympic Committee (IPC) has today published the booklet presenting the manifestos of all candidates standing in this year’s Governing Board elections, including those of the four individuals vying to replace Sir Philip Craven as President.

Two of the four Presidential candidates - Brazil’s Andrew Parsons and Denmark’s John Petersson - launched their manifestos last month, but rivals Patrick Jarvis of Canada and Haidi Zhang of China had yet to unveil their visions until now.

Like Parsons and Petersson, National Paralympic Committee (NPC) of China President Zhang is promising increased cooperation between the IPC and International Olympic Committee (IOC) if she is elected.

Relations between the two bodies have been strained in recent years after the two organisations opted to take a different course of action regarding Russia’s participation at Rio 2016.

The IPC imposed a blanket ban on Russian athletes from competing at last year's Paralympic Games, while the IOC opted to defer decisions on Olympic participation to the respective International Federations.

The Russian Paralympic Committee remain suspended from the IPC.

"I will promote closer cooperation between the IPC, the United Nations and the International Olympic Committee," Zhang, currently a vice-president of Beijing 2022, says.

"With and through the Paralympic Movement, I will seek to build a more inclusive and equal society free of discrimination."

Fostering a more inclusive international community is one of seven points in Zhang’s manifesto.

Furthermore, she is hoping to strengthen Paralympic humanistic care, build a prosperous Paralympic family and welcome foreign athletes to China for training.

"I am a woman with an impairment," Zhang says.

"I therefore share the hope, fear and pain of my fellow men and women living with this condition.

"I am a leader of a Paralympic Movement.

"My Chinese team has topped the medal table in gold and overall at four consecutive Paralympic Games.

"I have integrity and strength.

"I believe that the IPC President should be of such quality and should demonstrate outstanding leadership and proven ability to manage financial and human resources.

"I have what it takes to lead the IPC."

Jarvis, the former President of the Canadian Paralympic Committee, says his vision is for the IPC to be "a model for international sport where all involved enjoy a positive sport experience - from grassroots to elite athletes, from volunteers to administrators, from sponsors to fans".

"This vision is about the transformative power of Paralympic sport remaining front and centre and athlete-focused; a level playing field for all; robust relationships with stakeholders; enhanced capacity; and leading best practices of governance," the former athletics competitor and Barcelona 1992 Paralympian adds.

Jarvis, who has been involved in sport since 1987, says he will deliver his vision through "sound and consistent processes that allow for the contribution of respective skills and knowledge".

"I am running for President of the IPC as I see that more is possible, given my unwavering belief in the future possibilities for the Paralympic Movement," Jarvis says.

"There is great work to be done and I want to devote my skills and knowledge to this challenge.

"A Paralympian and proud champion of the Paralympics for over 30 years, nationally and internationally, I have gained deep experience in governance, business, international relations, Games and sport administration.

"This experience, along with my proven track record of effective leadership, significant results, and building consensus, would serve well the organisation and global Paralympic community."

Increasing cooperation with the IOC and the establishment of an "athlete-focused" classification system were among the key pledges made by Petersson in his manifesto revealed last month.

The Dane claims in his manifesto, entitled "Creating pulse in the Paralympic Movement", that he will "build on the positive development started" by Great Britain's Sir Philip and has vowed to "develop a new drive inside and outside the IPC that supports all family members to benefit more from it".

The 15-time Paralympic medallist and six-time champion in swimming also hopes to establish regional and sub-regional Paralympic Youth Games if he is elected and has pledged to maintain transparency and good governance in all aspects of decision making within the worldwide governing body.

Strength through unity and collaboration, greater youth development and building a "Paralympic family for all" are also among his crucial points.

Parsons, meanwhile, promised an "International Paralympic Committee for all" in his manifesto, setting out a vision at an event organised by London-based Vero Communications to unlock the Paralympic Movement's development and commercial potential as he seeks to succeed Sir Philip, who has fulfilled his term limits having been head of the IPC since 2001.

He is aiming to build on the progress made in Para-sport following the successful London 2012 and Rio 2016 Paralympic Games, and has unveiled a 14-pillar plan.

Among his main points are a greater emphasis on Para-athletes, ensuring transparency, openness and dialogue, as well as a more professional athlete classification process.

A total of 22 candidates have been nominated to become members at large at the IPC.

South Africa's Debra Alexander is among the nominees, along with the UAE's Mohammed Alhameli and Rashed, Belgium's Anne d’Ieteren and Marianna Davis of the United States.

On September 6, all candidates will have the opportunity to make a presentation to the IPC members attending the General Assembly.

The manifestos booklet can be accessed by clicking here.

In addition to the elected members, Chelsey Gotell, chairperson of the IPC Athletes’ Council and Xavier Gonzalez, the IPC’s chief executive, are ex-officio members of the Governing Board.

However, only Gotell has a vote.