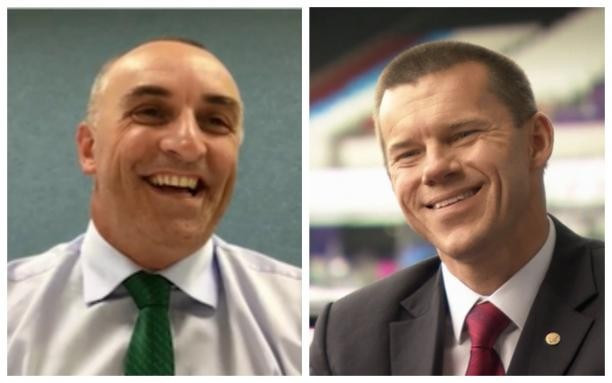 Two video interviews with International Paralympic Committee (IPC) vice-presidential candidates have been published by the organisation in the build-up to their General Assembly on September 8.

New Zealand’s Duane Kale and Denmark’s John Petersson are in contention for the position, which is currently held by Brazil’s Andrew Parsons.

The United Arab Emirates Majid Rashed had initially been a candidate for the vice-presidency, but withdrew from contention last week.

Interviews were filmed BBC Sport and Deutsche Welle, with the two candidates answering questions which aim to give a greater insight into who they are and what they will bring to the Paralympic Movement if elected.

Kale, who incurred a disability at the age of 21 and competed at the Atlanta 1996 Paralympic Games, claimed he sees more opportunities than challenges for the Paralympic Movement.

The New Zealander, who was elected to the IPC Governing Board four years ago, believes working closely with corporate partners and increasing the number of athletes from less developed nations are clear goals.

“We will face challenges over the years, that is natural,” he said in the video.

“I would like to think that the challenges we face are development of the less developed nations and starting to put up large numbers of quality athletes.

“Our opportunity is how we help to develop that.

“Underpinning this, good governance, understanding what our athletes are doing and working with athletes through our membership and sports federations.”

Petersson, who is also one of five candidates to replace Sir Philip Craven as President, has claimed his first aim would be to improve the IPC’s relationship with the International Olympic Committee (IOC).

Relations between the IPC and the IOC have been strained since the two organisations opted to take a different courses of action regarding Russian doping.

The IPC banned the country completely from last year's Paralympic Games in Rio de Janeiro, after the IOC had opted to defer decisions on participation to the respective International Federations.

The Russian Paralympic Committee remains suspended from the IPC.

The Dane, who is an IPC Governing Board member, believes enhancing the relationship with the IOC would ensure "a stronger Paralympic Movement".

Petersson said in his video interview he has the drive to continue the "great work" Sir Philip has done for the last 16 years.

"I will not forget anybody - it’s very important," he added.

"This is an umbrella organisation, so you can't only focus on certain NPCs (National Paralympic Committees), certain sports.

In addition to the elected members, Chelsey Gotell, chairperson of the IPC Athletes’ Council, and Xavier Gonzalez, IPC chief executive, are ex-officio members of the Governing Board.

Only Gotell has a vote though.

A total of 22 candidates have been nominated for member at large positions.

On September 6, each candidate will have the opportunity to make a presentation on their candidature to the IPC membership attending the IPC General Assembly in the United Arab Emirates.