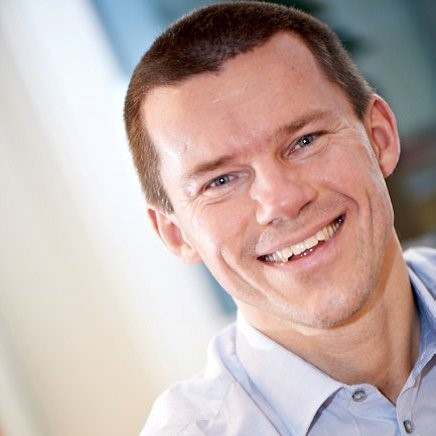 John Petersson has promised, if elected as President of the International Paralympic Committee (IPC), to work on negotiating better terms with hosts of the organisation’s General Assembly after claiming to have learned that a number of members will not be able to attend this year’s event in Abu Dhabi because of the cost.

The Dane, a former Paralympic swimmer and winner of 15 medals, including six gold, is one of four candidates standing to replace Great Britain's Sir Philip Craven.

He is up against Brazil's Andrew Parsons, Canada's Patrick Jarvis and China's Zhang Haidi.

Petersson claimed certain members are unable to attend "not because they are unwilling, but because their organisation simply cannot afford them to".

The former European Paralympic Committee (EPC) President has described this as "unfortunate", adding that "only by ensuring every member has their voice heard can we make our democratic process stronger and more durable".

"The reason some of the members cannot afford to attend is due to the total costs," he told insidethegames.

"Although some support is available through a solidarity fund, this does not cover all costs of attendance.

"For the democratic process, I believe it’s very important that all members are represented and I want to work on this by, on the one hand, negotiating better conditions with hosts and, on the other, increasing direct support so that at least one voting delegate per member can attend.

"Within other international sports organisations this is standard practice and I think this is an example we should follow."

Asked where the fault lies regarding this matter, Petersson said it is down to the make-up of the IPC’s structure and policy regarding the solidarity fund.

"If we want to try to get more people in there, we need to find, you can say, further funding for them and I think it’s a question about doing a budget for taking those into consideration," he told insidethegames.

"So I think it’s important that all of us are engaging in this - it’s necessary.

"And then, of course, there are nations that cannot afford to go there and we have to have them in mind and bring them into consideration when we decide who hosts the General Assembly.

"Is it an expensive country and how much can they support the event?

"It’s different from country to country how much money they have and also some of them have huge challenges regarding getting visas into different countries.

"There’s a lot of issues and challenges when making a huge event where you want to have 200 members from sports and from nations, but that’s one of the main tasks I want to go into and make a plan for."

Petersson, an accountant at management firm KPMG, has previously promised to increase the body's income streams in order to maximise funds and improve benefits for athletes and nations.

He intends to give a more detailed plan on this next Wednesday (September 6), when all candidates standing in the IPC Governing Board elections will deliver presentations.

"Through my experience from my business and as a businessman, I will try especially to do more for sponsorship and also for the institutional stakeholders, like the EU and other institutions around the world," Petersson said.

"I have experience from my Presidency at the EPC level regarding, for example, the EU and getting brands though different projects there and doing development in different areas of the world, and also in different sports."