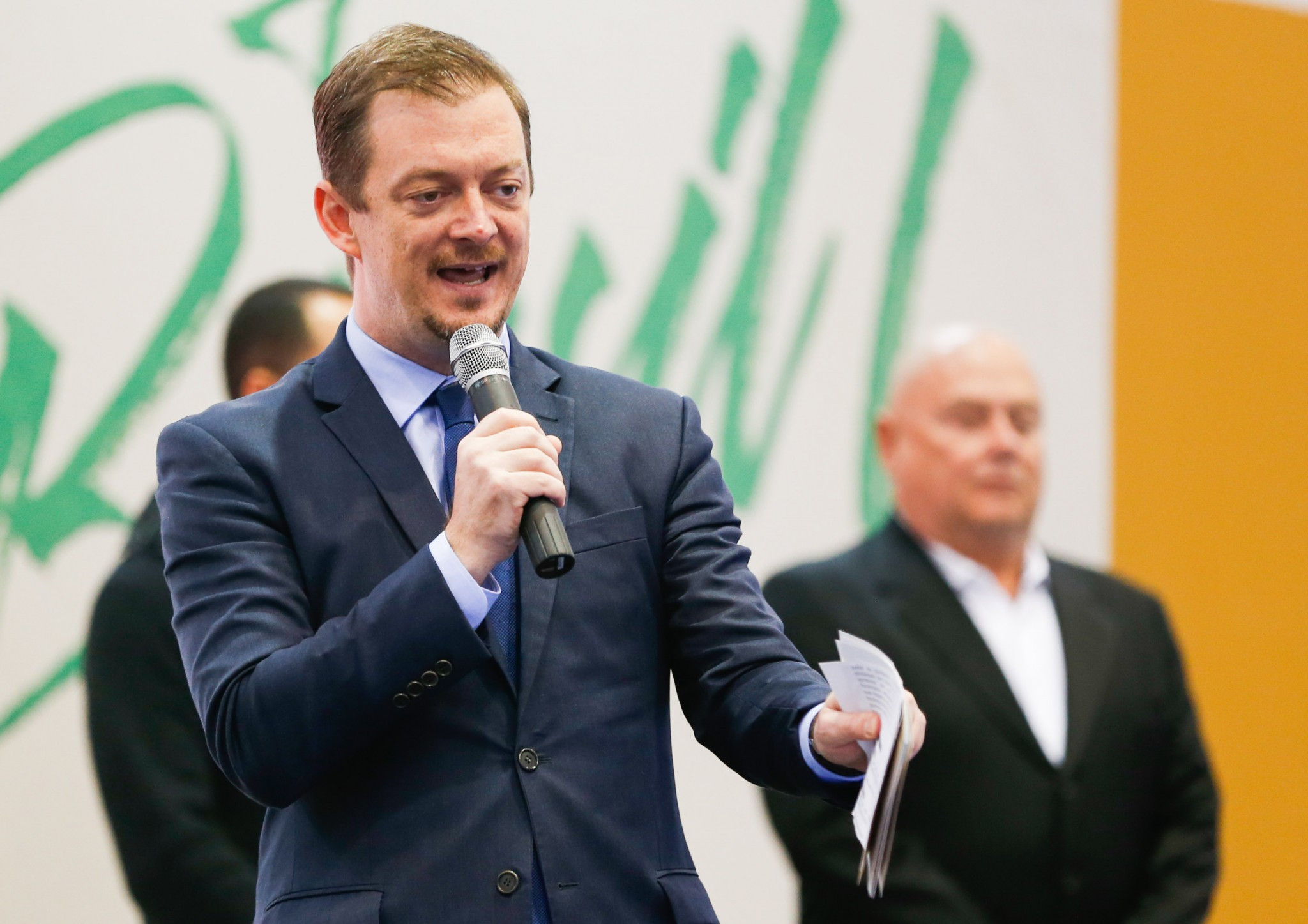 The Brazilian, who also claimed that he would be a different sort of leader in some ways to outgoing IPC President Sir Philip Craven, insisted that he would still be prepared to take different decisions to the IOC if he felt they were warranted.

But he would ensure that this would happen within the framework of an "open and permanent" dialogue.

Parsons is one of four candidates vying to replace Sir Philip at an election scheduled for Abu Dhabi on September 8, along with Canada's Patrick Jarvis, China's Zhang Haidi and Denmark's John Petersson.

The 40-year-old has spent the last four years as vice-president to the Briton after spending the previous four as a member of the Governing Board.

"I understand I am perceived as continuity for Sir Philip in many ways, and I am really proud of being perceived like that," he told insidethegames.

"But, of course, no-one can be Sir Philip Craven two.

"I want to be the best President of the IPC that Andrew Parsons can be.

"I bring a different background, in marketing and communications.

"I come from a developing country and I have had the experience of transforming the reality of Paralympic sport in a nation, a region and in other parts of the world.

"We have the heart in the same place, the right place, but I will bring many new things and I will see things from different angles."

This follows a tempestuous period in which Sir Philip's relationship with Bach and other IOC top brass deteriorated after the two organisations took differing decisions on how to respond to the Russian doping scandal last year before Rio 2016.

Unlike the IOC, the IPC handed the Russian Paralympic Committee (RPC) a blanket suspension, which has still not been lifted, following evidence of institutional doping at the Sochi 2014 Winter Olympics and Paralympics among other events.

Sir Philip also wrote a letter of apology to Bach in October after fiercely criticising him in what turned out to be a prank phone call subsequently published by the Russian media.

Parsons reiterated his support for the IPC's Russia decision as something he "thought was right at the time and still thinks is right" and cited an IPC Task Force update due on September 3 and 4 in Abu Dhabi as a "fundamental" step towards their readmission.

It follows a letter signed by 14 National Paralympic Committees - including China and hosts South Korea - calling for the ban to be lifted in time for March's Paralympic Games in Pyeongchang.

"Everyone in our movement wants Russia back and I am one of them," Parsons added.

"But we want them back in line with the criteria set out by our Task Force.

"When we have the RPC back, it will be a different RPC and a better one."

Parsons, who has Scottish parentage but was born in Rio de Janeiro, claims his experience on the IOC Radio and Television Commission and on both Evaluation and Coordination Commissions for the Tokyo 2020 Olympics and Paralympics, has helped build personal relationships with key Olympic officials.

He sees closer relations between the IOC and IPC as crucial at both an administrative and a political leadership level.

"As we know, sport is facing a very difficult period in time: not only with doping issues, but also corruption scandals and a lack of bids for Olympic and Paralympic Games," he told insidethegames.

"We need a unified approach and, of course, as President of the IPC, it would be an honour to work alongside Thomas Bach when it comes to the Games, changing the bid process and implementing some aspects of Agenda 2020.

"Not only with him, but with the leadership of the entire sports movement: so International Federations, broadcasters, media et cetera.

"I have known Thomas for some time so I understand his leadership style and what he wants to do with the IOC and I think it’s beneficial that we work together."

He expects the chosen IPC President to be appointed an IOC member and hopes that, eventually, the IPC will have a wider influence in selecting host cities.

"As the movement grows, I think this is something that will eventually happen and the Paralympic Movement will have more influence when it comes to host city elections," Parsons predicted.

"But, at the end of the day, it’s an IOC-driven process and it is natural for them to have a stronger presence."

Parsons also vowed to "look at what is best for the IPC" when taking decisions.

"If we have to take a different approach on a specific platform, we will do it, but we will do it in dialogue with the IOC," he said.

The fractious build-up to Rio 2016 last year was cited as one example of the two bodies working together.

This is despite Bach ultimately not attending any of the Paralympics after reports that money designed for the later Games had been diverted to assist the earlier Olympics.

"As everyone is aware, it was only a few weeks before [the Paralympics] that we knew the extent of the financial situation," Parsons said.

"We played a very good team effort [with the IOC] in trying to change some operational aspects, and make some savings, while I was fighting in the political arena to find some political resources.

"Some people say I [as former Brazilian Paralympic Committee President] could have done something earlier, but this was not possible because we were unaware how dramatic the situation was."

The official, who undertook a marketing and communications degree at Fluminense Federal University, also disputed claims that he is less suited to the role because he is not personally a Paralympic athlete.

He cited his vision, track record, experience in leading and supposed ability to understand the membership as key before insisting they must find the "right" person rather than someone who comes from a specific background.

As well as IOC relations, he is also prioritising better dialogue with members in order to identify and remedy their specific problems.

A more professional classification system in which classifiers are paid employees rather than volunteers is another key aim.

"I think I have the support of the majority of our membership," Parsons concluded.

"I have been communicating directly with at least 95 per cent of our membership and have tried to communicate with 100 per cent.

"I have a very good basis of support across five regions, and also from IFs and from ISODs (International Sports Organisation for the Disabled).