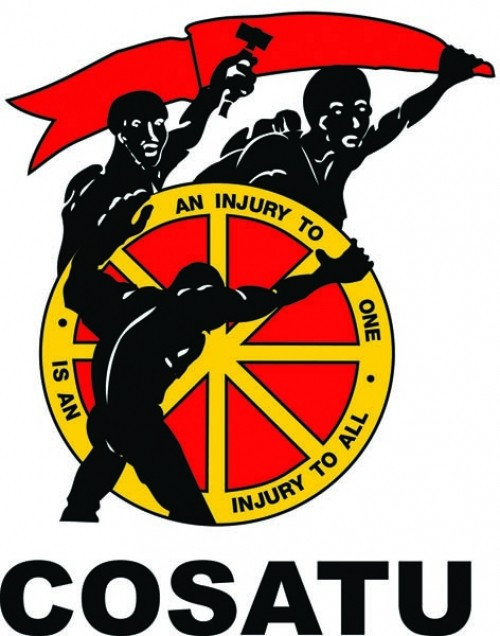 A decision from the South African Government to financially back the country's bid to host the 2023 Rugby World Cup has been condemned by a leading trade union group in the nation.

The Congress of South African Trade Unions (COSATU) has launched an attack on the Government, claiming that their actions are "still geared towards promoting the interest of the white minority".

They have also accused the South African Rugby Union (SARU) of doing "little to transform the sport of rugby to accommodate the black majority".

It comes after the Government banned the SARU from bidding for major events last year after being dissatisfied with the lack of opportunities they were creating for black players and administrators.

The suspension was lifted in May of this year.

They have also dismissed claims from SARU that hosting the Rugby World Cup would bring a number of social end economic benefits.

SARU chief executive Jurie Roux, who was accused of financial mismanagement last year relating to his time at Stellenbosch University, had insisted staging the tournament would have an R27 billion (£1.6 billion/$2 billion/€1.7 billion) "direct, indirect and induced economic impact on South Africa".

"The federation does not buy the argument that this bid was packaged as an "economic bid" that will help stimulate economic activity, employment and empowerment," COSATU, founded in 1985 and is the largest of the country’s three main trade union federations, said in a statement.

"The country is yet to honestly quantify the benefits of hosting the 2010 FIFA World Cup that turned out to be nothing but a festival of looting and cheating.

"That tournament was followed by the longest public service strike, when workers were told that there was no money to pay for their salary adjustments."

The COSATU has also cast doubt on suggestions an employment boom will result from South Africa hosting the tournament.

"Keeping up appearances and converting this country into a playground for the rich is not an economic master plan that will take us out of recession and eradicate poverty," the group added.

"Sporting events and the flag-waving hysteria that accompanies them will not mask the painful reality that 10 million unemployed people are unemployed and more than 17 million are on welfare as a result of wrong policy choices and lack of decisive leadership."

The money provided by the Government would be used to pay for a hosting fee required by World Rugby, the sport's global governing body, for the tournament, which South Africa previously hosted in 1995.

The decision marks a significant moment for the country following a decision in March to strip Durban of the 2022 Commonwealth Games.

The 1995 edition of the World Cup was the first major sporting event to be held in South Africa following the end of apartheid.

It is remembered for Nelson Mandela, the former President of South Africa who died in 2013 at the age of 95, presenting the trophy to South Africa captain François Pienaar after the hosts beat New Zealand in the final.