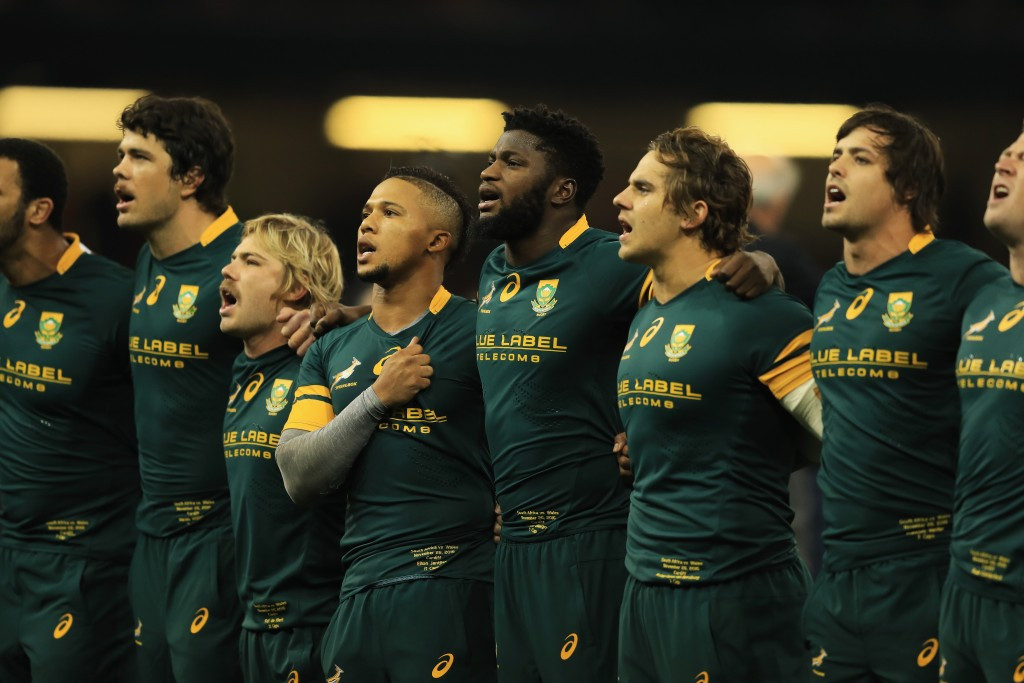 The chances of South Africa staging the 2023 Rugby World Cup have been given a significant boost after the nation's Government reversed a suspension on hosting major sporting events.

Athletics, cricket, netball and rugby were all banned from bidding for major events last April, after their national governing bodies were deemed to have missed their transformation targets.

The targets, agreed with the Government in 2014, were aimed at increasing the amount of black people playing sport.

SA Rugby defied the suspension by submitting a bid for the 2023 World Cup in September, with the hope of convincing Minister for Sport & Recreation to eventually support the effort.

Fikile Mbalula was replaced in the role in March as part of a major Cabinet reshuffle from President Jacob Zuma, which came shortly after Durban were stripped of its right to host the 2022 Commonwealth Games.

His successor, Thembelani Nxesi, claimed the World Cup could leave a "huge legacy" on the country last week, backing the effort to host the competition following a meeting with SA Rugby officials.

He has now removed a potential obstacle after informing the four sports that the suspension has now been lifted.

“I would like to congratulate rugby, cricket and netball on their improved scores, you were clearly willing to walk the extra mile,” Nxesi said.

“Their right to bid for and host major sporting events, which was revoked before, is hereby immediately reinstated.

“But we would like to re-emphasise our expectations for sporting federations to take charge and provide leadership at school and club levels.”

Alexander vowed to submit an "outstanding" bid for the Rugby World Cup, as the country vies to host the event for the second time.

South Africa staged the World Cup in 1995, with the tournament viewed as one of the most successful in the event's history.

It was won by the host country and provided one of the most iconic pictures in sport when then South African President Nelson Mandela, wearing the team's jersey, presented the trophy to captain Francois Pienaar.

“This is great news and a tribute to the work that the sport has been doing in recent years to stay in tune and relevant to modern South Africa,” said Alexander, who is attending World Rugby meetings in Japan.

“We can now put the finishing touches to what we believe will be an outstanding bid to host the 2023 Rugby World Cup.

“We have kept the ministry up to speed with our thinking and state of preparation throughout the suspension and continue to enjoy an excellent relationship with our sports leaders.”

Ireland and France are also bidding to host the 2023 Rugby World Cup.

The winning bid is set to be named on November 15.