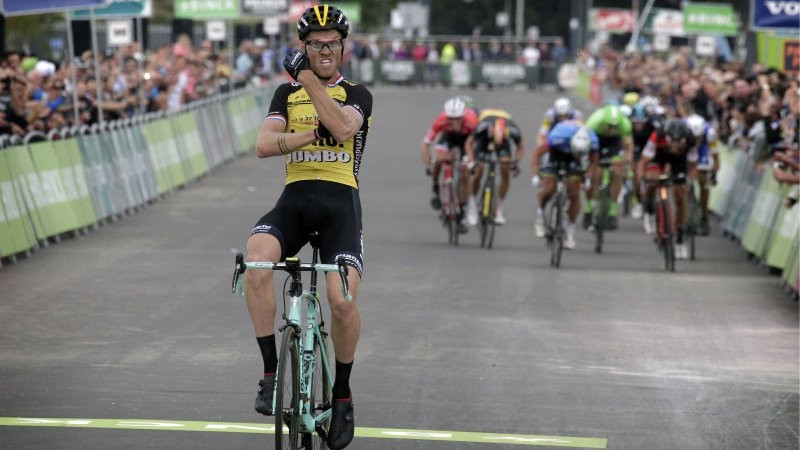 Lars Boom of The Netherlands has won the fifth stage of the BinckBank Tour, handing him the advantage in the race's general classification.

Boom was part of a small group which went off the front on a climb with around 12 kilometres of the 167km stage in Sittard-Geleen remaining.

The Dutchman, riding for LottoNL-Jumbo, then launched an attack of his own in the final two kilometres to cross the line in front of a small chasing pack, including Slovakia's Peter Sagan of Bora-Hansgrohe.

Boom crossed the line in 3 hours 43 min 46sec with the chasing pack all clocked in at three seconds back in an event that is part of the UCI World Tour.

"The spring Classics were not what I hoped for this year, and there was a lot of anger and happiness when I passed the finish with this victory," said Boom, according to Cycling News.

"I’ve worked really hard in the last few weeks and months to get back in good shape, that’s why I’m so happy."

He is two seconds in front of of Sagan with fellow Dutchman Tom Dumoulin of Sunweb nine seconds behind.

The race, which features stages in Belgium and The Netherlands, is due to continue tomorrow with a 203.7km sixth stage from Riemst to Houffalize in the Ardennes.