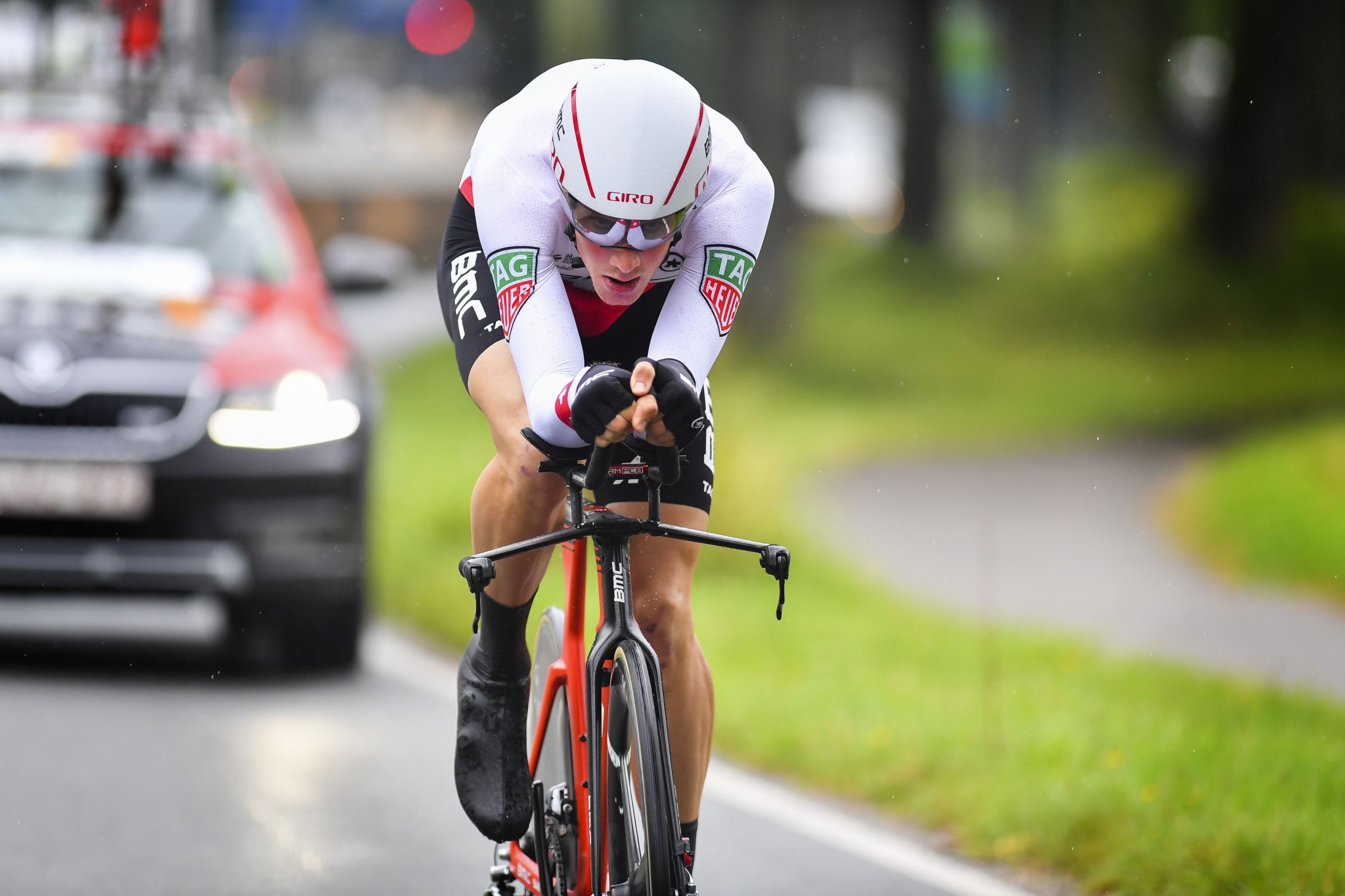 Switzerland’s Stefan Küng moved into the race lead at the BinckBank Tour by winning the second stage.

The Swiss national time trial champion used his expertise in the discipline to good effect on the nine kilometres course in Voorburg.

Among the day’s early starters, Küng completed the city centre circuit in a time of 10min 58sec to win the stage.

He was aided by several of his rivals competing later in the day when worsening weather conditions having an impact on proceedings.

A number of hopefuls for the stage victory crashed, including world time trial champion Tony Martin of Germany, while others opted to ride cautiously.

Poland’s Maciej Bodnar, winner of the the penultimate stage of this year’s Tour de France in a time trial, finished as the runner-up.

He finished four seconds down on the winner’s time, with Giro d’Italia winner Tom Dumoulin of The Netherlands ending a further second behind in third.

Team Sunweb’s Dumoulin is third at five seconds down, while his team-mate Søren Kragh Andersen of Denmark is a further three seconds behind.

The race, which features stages in Belgium and The Netherlands, is due to continue tomorrow with a 185km stage from Blankenberge to Ardooie