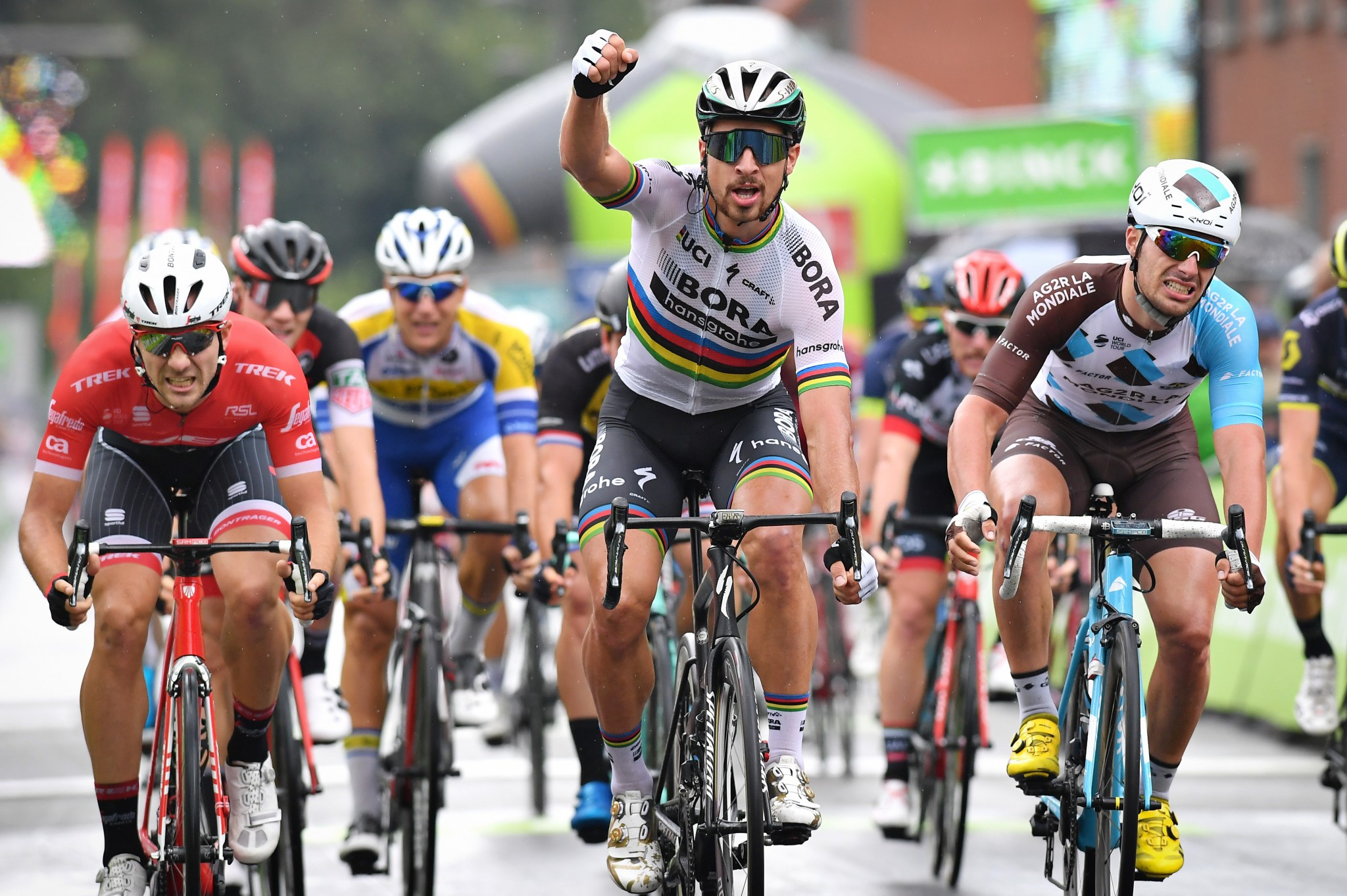 Peter Sagan earned his second stage victory in three days at the BinckBank Tour by triumphing in a sprint finish in Ardooie, Belgium.

The Slovakian lost his overall race lead after yesterday’s individual time trial stage, but boosted his general classification hopes with an impressive sprint.

Sprint teams refused to allow a five-man breakaway to establish a large lead during the 185 kilometre stage from Blankenberge to Ardooie.

They were eventually hauled back in the closing lap of the finishing circuit to make a bunch sprint a near certainty.

A strong late move from BMC Racing’s Jempy Drucker threatened to cause an upset, with the Luxembourg cyclist looking to take advantage of the wet conditions to stay clear.

Despite his best efforts, Drucker was caught in the closing kilometres to set up the sprint finish.

While a number of sprint hopefuls were held up in a crash, world champion Sagan came through to win the stage in a time of 4 hour, 14min and 1sec.

He was followed across the line by Belgium’s Edward Theuns and France’s Rudy Barbier.

Congrats to @petosagan. After Tom Boonen and André Greipel, he's the third rider to take a 2nd win in Ardooie in the #BinckBankTour pic.twitter.com/evl8mw8OiL

By replicating his victory in Ardooie last year, Sagan earned crucial bonus seconds to move closer to the top of the general classification.

Having sat 15sec off the lead yesterday, Sagan now lies 5sec off the pace in joint third place in the standings, alongside The Netherlands’ Tom Dumoulin.

The race, which features stages in Belgium and The Netherlands, is due to continue tomorrow with a 154km stage in Lanaken.