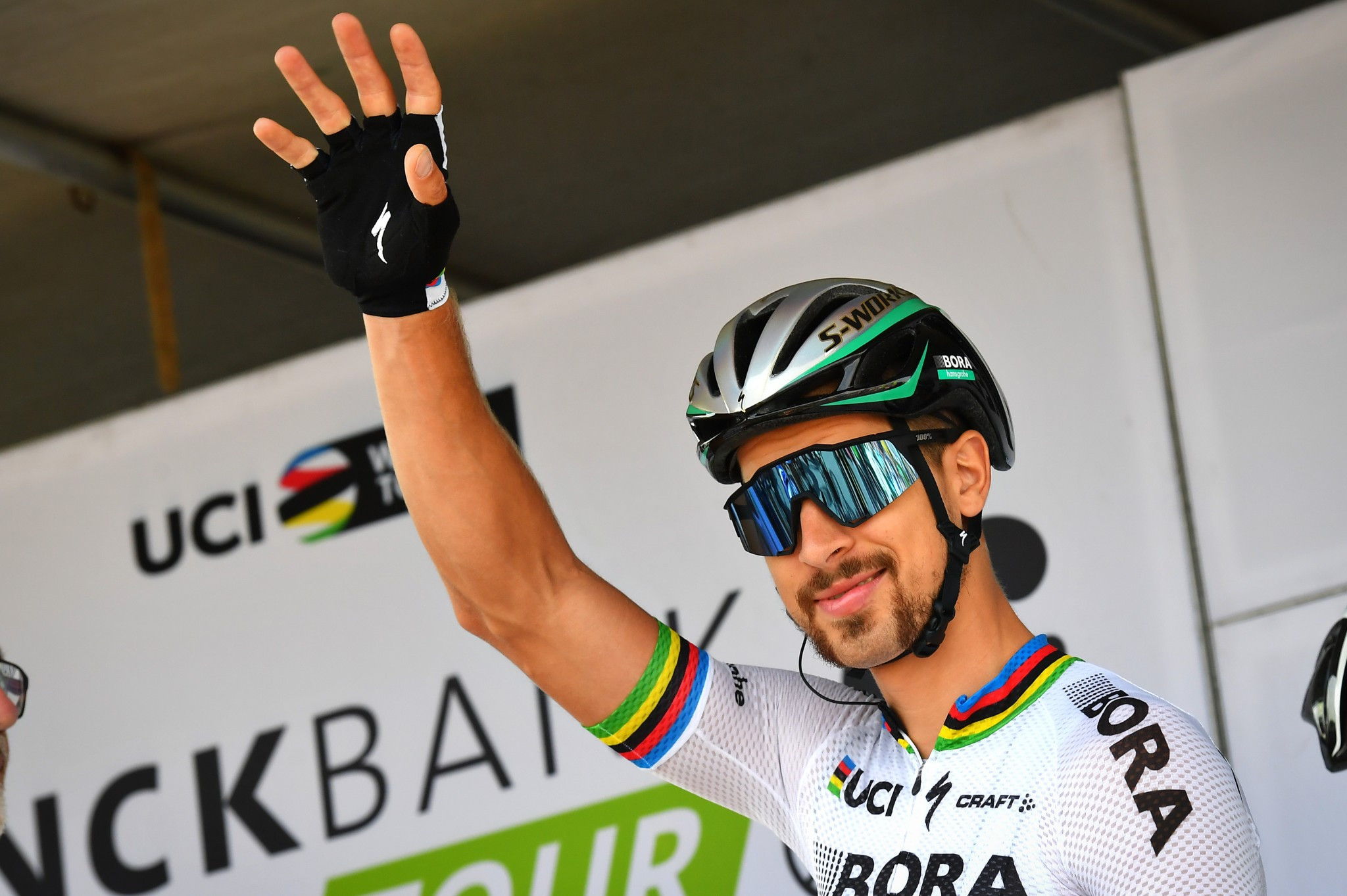 Slovakia’s Peter Sagan triumphed on the opening stage of the BinckBank Tour in a photo finish, after a closely contested sprint in Venray.

The flat 169 kilometres route from Breda and Venray was anticipated to finish in a sprint as the International Cycling Union WorldTour race began.

A four-man breakaway looked to defy the early predictions, escaping shortly after the start of the stage.

De Vreese moved into the virtual race lead by winning a series of three bonus sprints over a short distance at the 25km to go mark.

It earned him nine bonus seconds.

The breakaway group, whose advantage had largely held at around two minutes, were slowly reeled in by the peloton as the sprint teams prepared for the finish.

The quartet found themselves back in the main field inside the closing 10km, making a bunch sprint an inevitability.

World champion Sagan, led out by his Bora-Hansgrohe team-mates, claimed victory in a time of 3 hours 50min 09sec.

The decision was confirmed by a photo finish, with Germany’s Phil Bauhaus ending up a narrow second.

The top three on the stage was completed by Orica-Scott’s Danish rider Magnus Cort Nielsen.

Having earned 10 bonus seconds for the stage win, Sagan moved into the race lead by one second from De Vreese.

Bauhaus is four seconds down in third.

The race, which features stages in Belgium and The Netherlands, is due to continue tomorrow with a nine kilometre individual time trial in Voorburg.