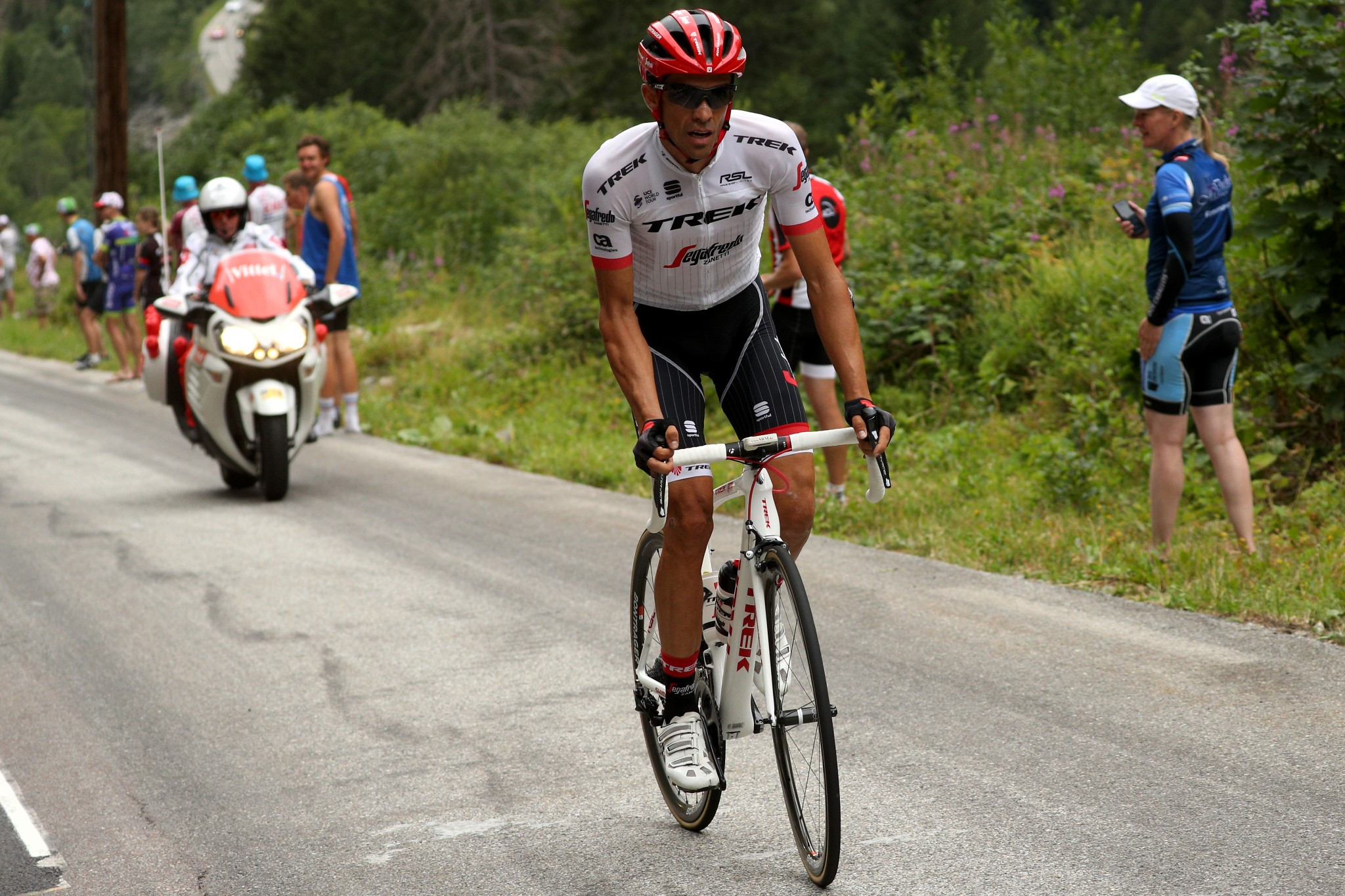 Alberto Contador will be given the number one race bib for the 2017 Vuelta a España after the Spaniard revealed he would retire from the sport at the conclusion of the race.

The Trek-Segafredo rider made his retirement announcement on social media yesterday, ending a career which has included overall titles at each of the Grand Tours.

"I would like to inform you about two things," Contador said.

"I say this happy, without sadness.

"It's a decision that I have thought about very well and I don't think that there is a better farewell than in a home race in my own country.

"I am sure they will be three great weeks, enjoying all your support and I'm looking forward to it."

Organisers have opted to honour the Spaniard by awarding him the number one bib for the race.

The 34-year-old has triumphed his home Grand Tour on three occasions, winning the race for the first time in 2008, before successes in 2012 and 2014.

Contador was stripped of victory at the 2010 Tour de France and the 2011 Giro d’Italia after he was found to have tested positive for the banned substance clenbuterol at the former.

A lengthy legal case ended in 2012 with the Spaniard ultimately being given a retrospective two-year ban.

Contador is only one of six riders to have won all three Grand Tours and is the youngest to achieve the feat.

France’s Jacques Anquetil and Bernard Hinault, Felice Gimondi and Vincenzo Nibali of Italy and Belgium’s Eddy Merckx are the only other riders to have won all three.