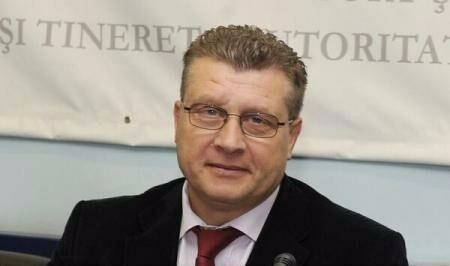 The International Weightlifting Federation (IWF) has announced the make-up of its special commission to look into how the sport can become more innovative and more socially inclusive.

The main task of the five-strong Sport Programme Commission (SPC), however, will be to formulate a programme for the sport at the 2020 Olympic Games in Tokyo, where it will have one less weight category than Rio 2016, and 64 fewer athlete places.

The SPC, comprising key stakeholders from all areas of weightlifting, will hold its first meeting in early September and is due to report to a special meeting of the IWF Executive Board in Romania on September 30 and October 1.

Weightlifting lost those 64 places - from 260 down to 196 - as part of a reshuffle by the International Olympic Committee, which has introduced more mixed events and increased the number of sports on the programme.

There will be seven categories each for men and women at Tokyo 2020, whereas there are eight each at IWF Championships.

One men’s bodyweight category will therefore have to be dropped, while the women will stay with the same schedule as Rio 2016, and the newly adopted over 90kg category will be for IWF events only.

The SPC will advise on the qualification system and field size, as well as deciding which of the men’s events should be dropped.

Four males and one female on the SPC are drawn from five different nations in Asia, Oceania and Europe, and will be joined by two advisors.

The best-known name of the five members is Nicu Vlad, the Romanian who won Olympic gold medal in the under 90kg category at Los Angeles 1984, and who now chairs the IWF’s Technical Committee.

Vlad is joined by Attila Adamfi, the IWF’s director general from Hungary, and Japan's Reiko Chinen, the weightlifting manager at Tokyo 2020 and a member of the IWF Technical Committee;

Joining them will be Matthew Curtain, the London 2012 weightlifting manager from Australia, who is now director of sport and International Federation relations at the Commonwealth Games Federation.

The Commission is completed by Tom Goegebuer, the Belgian who competed at the European Championships for 18 straight years and is an IWF athlete representative.

The two advisors are Andrew Ryan, representing the Association of Summer Olympic International Federations, and Adam Schneider, a director of the IWF’s strategic media partner, Lagardère.

"The composition of the Sport Commission representing all major stakeholders – athletes, technical experts, multisport Games organisations, ASOIF and media and marketing partner - is a guarantee to involve and consider the viewpoints of all those associated with weightlifting," said a statement from the IWF.

"The Commission will evaluate the sport’s status and propose creative solutions to improve its position in the continuously changing world of international sports."

It will focus on innovation opportunities, such as new events, disciplines and formats, and discuss areas of social inclusion such as participation by refugees and transgender athletes.

The IOC has also given the IWF a deadline of December this year to present a "satisfactory" report on how it will deal with doping problems.

Failure to do so would lead to the sport - which had 49 positives in the IOC-led retesting of samples from the 2008 and 2012 Olympic Games - losing its place on the Paris 2024 schedule.

That task will be handled by a Clean Sport Commission, details of which will be announced soon by the IWF.

Tamás Aján, the IWF President, claimed his Executive Board had "full confidence in the forward-thinking ambitions" of the SPC.

"The body will seek to build upon many of the successes achieved by past IWF Executive Boards, Committees and Commissions," he said.

"The Commission will, however, also address many of the challenges the sport is currently facing by exploring new and innovative opportunities to consider."