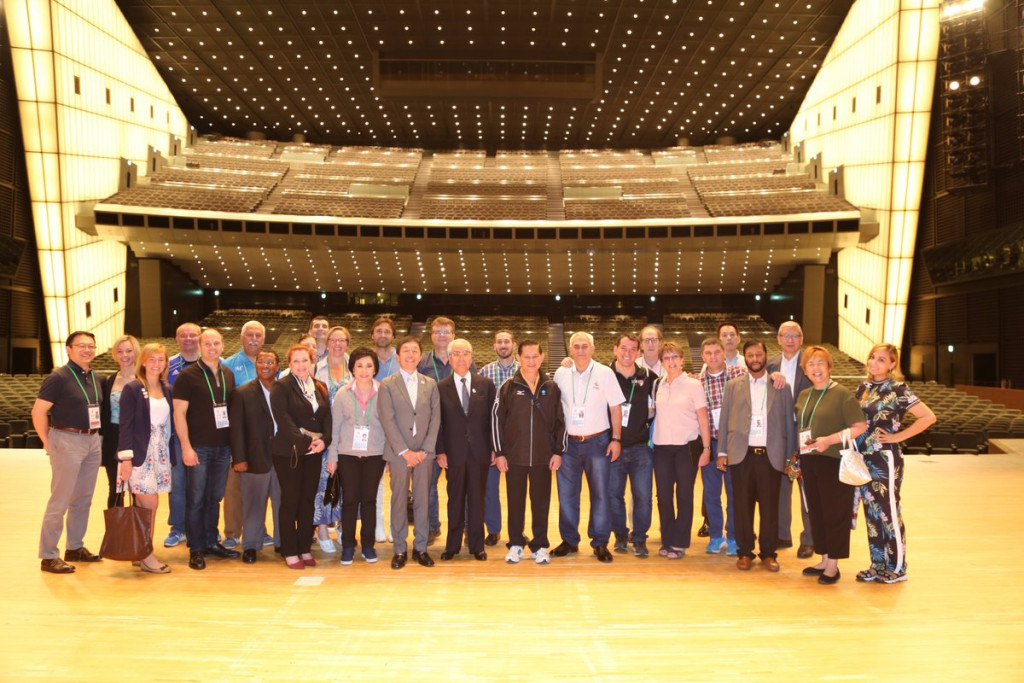 European Weightlifting Federation (EWF) President Antonio Urso has criticised those in charge of the sport after the International Olympic Committee (IOC) gave them a December deadline to address "massive" doping problems.

A total of 64 weightlifting quotas were also cut from Tokyo 2020.

A men's weight category, which still has to be decided, will also have to be removed following the recommendation by the IOC's Executive Board in Lausanne last Friday (June 9).

A total of 49 weightlifters have been so far caught for doping In the retesting of samples from the 2008 and 2012 Olympic Games in Beijing and London respectively.

If the International Weightlifting Federation (IWF) do not satisfy the IOC that improvements have been made by the December deadline they face being omitted from the sports programme for the 2024 Olympic Games, they have been warned.

The IWF released a conciliatory statement today following an meeting of their Executive Board in Tokyo in which they promised that a "high level task force" will recommend the different measures and initiatives to accomplish the due goals.

"The Olympic Movement and weightlifting was indeed shocked by the result of the 2008 and 2012 Olympic Games reanalysis and we recognise our responsibility as governing body of the Olympic sport of weightlifting," said the statement.

"Stating that the IWF has always been fighting with determination against doping and those willing to affect the integrity of weightlifting sport, the Executive Board is this time again ready to adopt immediate actions and sanctions.

"Recognising that there is always way for improvement, the IWF aims to strengthen the collaboration between the IOC, NOCs and Member Federations that is vital for an effective common fight and prevent such situations."

Urso, who stood unsuccessfully to replace Tamás Aján as IWF President at an Electoral Congress in Bangkok late last month, was far more critical of the way the sport has been run.

The 78-year-old Aján was first elected to the IWF's Executive Board in 1970, became general secretary in 1976 and then President in 2000.

"The IOC has presented the IWF with a bill, in a timely, surgical and drastic manner, but it will be the entire weightlifting world who will suffer the consequences, not just Aján and those who re-elected him," Urso wrote in a letter, published on the EWF website.

"A tough, drastic response and there's no going back.

"A curious follow up to the election of a person who has always boasted that weightlifting is in a strong position and not in any danger.

"It is definitely the worst start for a new four-year Olympic cycle, regardless of who is at the helm of the International Federation.

"However, there's no need for dissection or sarcasm, nor for exceptional political skills to observe that this is by no means great acknowledgement for the work done, apparently not so impeccably, in terms of development in favour of this sport, by the re-elected President...

"I must admit that this news from the IOC has left me utterly saddened, because if certain people had been a little more farsighted and a lot less thirsty for power, today we would be talking about something different.

"Obviously, this sport needs to be completely reset in order to start over again with new rules and, more importantly, new people."