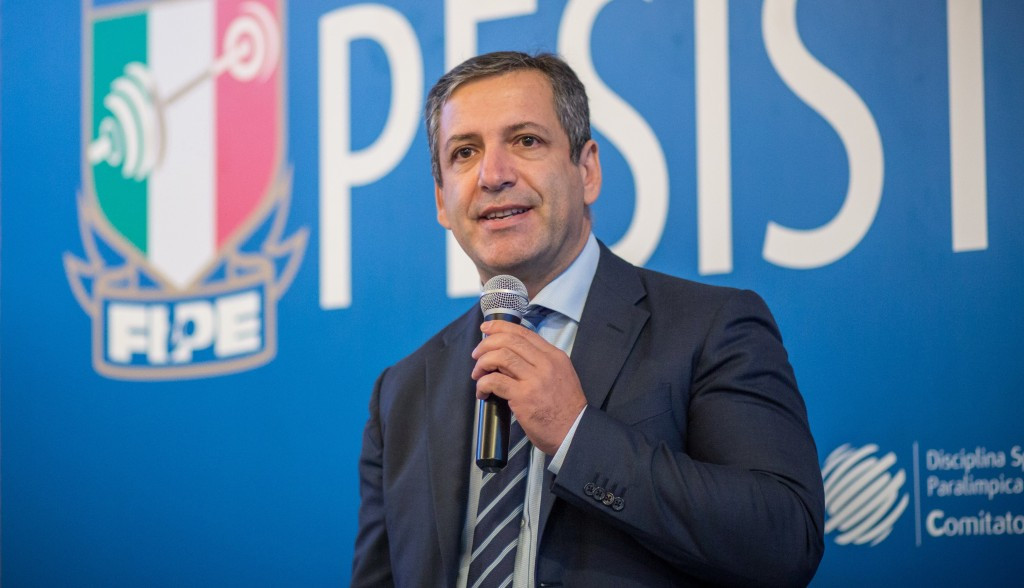 Several supporters of Antonio Urso have been ousted from the International Weightlifting Federation's (IWF) Executive Board after the Italian failed to beat Tamás Aján in the race to become President at the Electoral Congress here in Bangkok.

Urso, President of the European Weightlifting Federation, flew home early after allegedly being undone by a block voting agreement that led to Aján winning 86-61.

Baumgartner was one of three men on a special committee set up to deal with the nine nations due to be suspended for having three or more positives in the retesting of samples from the Beijing 2008 and London 2012 Olympic Games.

The other two on that committee, Peru’s Jose Quinones and Mike Irani of Great Britain, were re-elected and are due to report their recommendations to the new Executive Board in Tokyo in mid-June.

Lassen, who withdrew before voting started on Tuesday, was the first female to sit on the Executive Board when she was elected in 2013 and had held roles at the IWF since 2005.

Coffa, 81, has been an athlete, technical official and administrator for more than half-a-century and had been an IWF official since 1988.

Ma’s defeat will be especially embarrassing as it means China, by far the strongest nation in the sport, has no representative on any of the IWF's decision-making committees.

A few weeks ago, Ma invited Continental Federation leaders to a new general secretary’s headquarters in Beijing, built by the Chinese Olympic Committee and the country's Government.

Russia’s Maxim Agapitov was voted in and among those re-elected was the triple Olympic champion Pyrros Dimas, one of the sport’s all-time greats who has recently moved to the United States.

Dimas, born and raised in Albania, moved to Greece and won gold medals for them at Barcelona 1992, Atlanta 1996 and Sydney 2000.

His fondest memory is of his final Olympic appearance at Athens 2004, when he won a bronze medal despite being injured and poignantly leaving his shoes on the stage before his final exit with the crowd giving him a remarkable 12-minute ovation.

The 45-year-old has recently become technical director at USA Weightlifting.

He moved to the US a month ago and has a son studying at Yale and a daughter at Chicago.

His wife and two other children will join him and he intends to stay for eight to 10 years.

"Things are bad in Greece at the moment," he said.

"The country is split, there is no investment in sport.

"The Albanian team were based there for a year until recently, for their training, but it’s better in Albania so they have gone back home."

Albania is a good example of nations who need better education on doping, the area in which Dimas wants to focus his efforts during his next four years on the Executive Board.

Four Albanians tested positive in 2014, one of whom, Hysen Pulaku, was banned for eight years as it was his second offence.

In 2012, Pulaku, then only 19, posted social media pictures of himself lifting at world-record level in training shortly before the Olympics in London.

He was tested, came up positive and was banned for two years.

Not long after his return, he was caught again.

“Athletes, coaches and others.

"Some know what they are doing and do it anyway, others don’t know, don’t care enough, don’t check properly, don’t have professional doctors.

"The IWF has done a lot of work but we have to do more, especially in education.

"That is my priority. It’s time to change, to end this problem completely.

"Education is the thing."

Full details of all other IWF Committees are here.