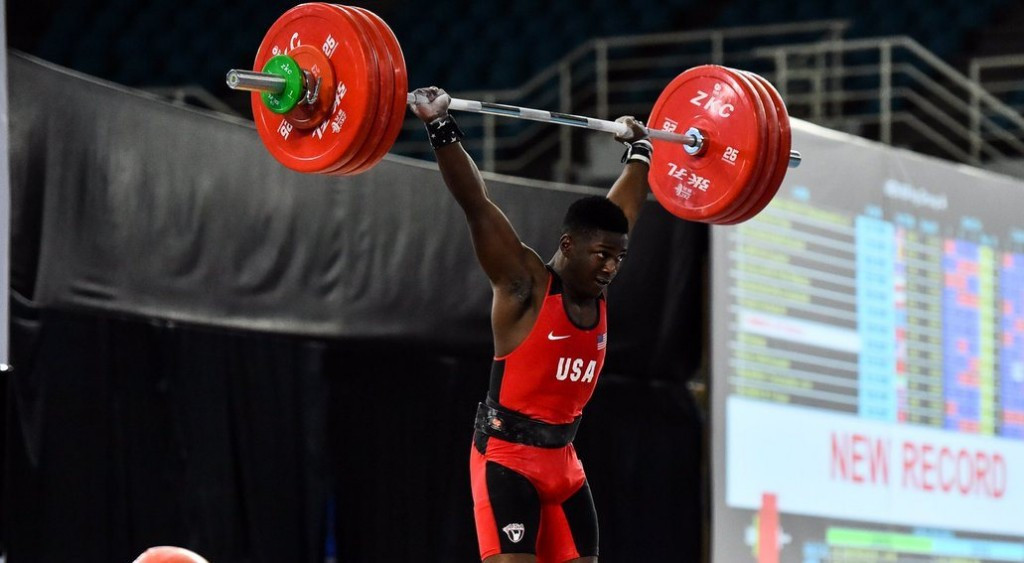 On a day when their best young weightlifter Clarence "CJ" Cummings won his fourth world title, the United States gave a rallying cry of support to the International Weightlifting Federation's (IWF) leadership.

Ursula Papandrea, President of USA Weightlifting and a newly elected vice-president of the IWF, congratulated Cummings on his "outstanding achievement" and said it was "a welcome beacon of light in the context of the news we received as a sport last week".

She was referring to the International Olympic Committee's (IOC) warning about weightlifting's place on the Olympic programme from 2024, which was followed a few days later by news of a doping scandal involving 14-year-old girls in Egypt.

"We place our trust in the new anti-doping group set up by the IWF in response to the IOC announcement," Papandrea said.

"The reaction to the IOC's instructions was clear and fast."

She said stronger penalties against doping nations might be called for, and that the IWF was ready to impose them.

In April, Cummings won the youth world title and today in Tokyo, less than a fortnight after his 17th birthday, he rose from fourth place in the snatch to first overall to claim the 69 kilograms title at the IWF World Junior Championships.

This sealed his second "world double" in two years.

The day's other winner was another outstanding youngster, Rebekah Koha from Latvia, in the women's 58kg.

Cummings and Koha, 19, had more cause for worry than most when the IOC announced 10 days ago that weightlifting's place on the 2024 Olympic programme was at risk.

Thomas Bach, the IOC President, set a deadline of December this year for the IWF to "deliver a satisfactory report to the IOC on how they will address the massive doping problem this sport is facing".

There was further bad news when it emerged last Thursday (June 15) that Egypt had been involved in a doping scandal involving two 14-year-old girls.

Seven Egyptians tested positive when the IWF collected samples at the African Youth and Junior Championships, and another seven were caught at Egypt's National Championships by local testers.

Papandrea said she was confident that Tamás Aján, the Hungarian who has just started his fifth term as IWF President, was the right man to oversee a "relentless battle against doping".

At their congress in Tokyo last week the IWF set up an anti-doping review group - "a huge step forward" according to USA Weightlifting's chief executive Phil Andrews, who said in response to criticism of the IWF's decision-makers thar "working against each other just doesn’t work".

"CJ Cummings and Harrison Maurus are showing that the USA has the talent to be a force in weightlifting," said Papandrea.

"To realise success we must retain our Olympic spot, and in order to do that we must ensure a relentless battle against doping.

"In that respect, we trust the new review group set up by Tamás Aján."

Full details of the group have yet to be made public but they will get to work immediately before an extraordinary meeting of the IWF Executive Board in September.

Papandrea said the IWF - whose action plan also featured the creation of a working group to look into quotas, qualification and bodyweight categories for Tokyo 2020 - would not shirk from suspending nations from the sport.

"Tamás Aján and the Executive Board appointed an outstanding anti-doping group and made it clear they will not hesitate to remove doping federations entirely from the IWF, in a proper and fair legal way, if necessary," she said.

"There is a huge amount of work to do in the areas of education, testing and enforcement but we trust this group to work together to change the culture.

"The working groups set up by the IWF will address these issues not just in superficial headline captures but more importantly in changing our culture and rehabilitating nations who have previously relied on doping to progress.

"If these allegations prove to be true, it is deeply concerning and worrying, but it shows the IWF Anti-Doping Commission's work on testing and intelligence is catching these crimes against fair sport.

"We trust the Commission and the Executive Board to reach appropriate and stringent sanctions against these nations, as outlined to the Congress here in Tokyo."

Papandrea also said that while it was disappointing to have numbers cut by the IOC, the decision was probably made some time ago and 196 places was "still reasonable when compared to sports who entered the Games after weightlifting", which became a regular on the programme in 1920.

"The Executive Board's sentiment in Tokyo was clearly an appreciation to the IOC for maintaining weightlifting on the 2020 and 2024 Olympic programmes," she said.

Cummings, who could lift twice his own bodyweight at the age of 11, needed only two clean and jerk attempts to secure his title despite having been 9kg behind home hope Masanori Miyamoto after the snatch.

He lifted 138kg in the snatch, behind a 1-2-3 of Japan's Miyamoto, the Italian Mirko Zanni and Colombian Jose Mosquera Lozano.

In the clean and jerk Cummings, wearing specially designed shoes from Reebok, one of his many sponsors, lifted 183kg ahead of Miyamoto who managed 173kg and Romania’s Paul Dumitrascu who managed 171kg.

The overall bronze went to Juhyo Bak, of South Korea, who was fifth in both snatch and clean and jerk, and was 16kg behind Cummings’ total of 321kg.

All three also shared the snatch and clean and jerk medals.