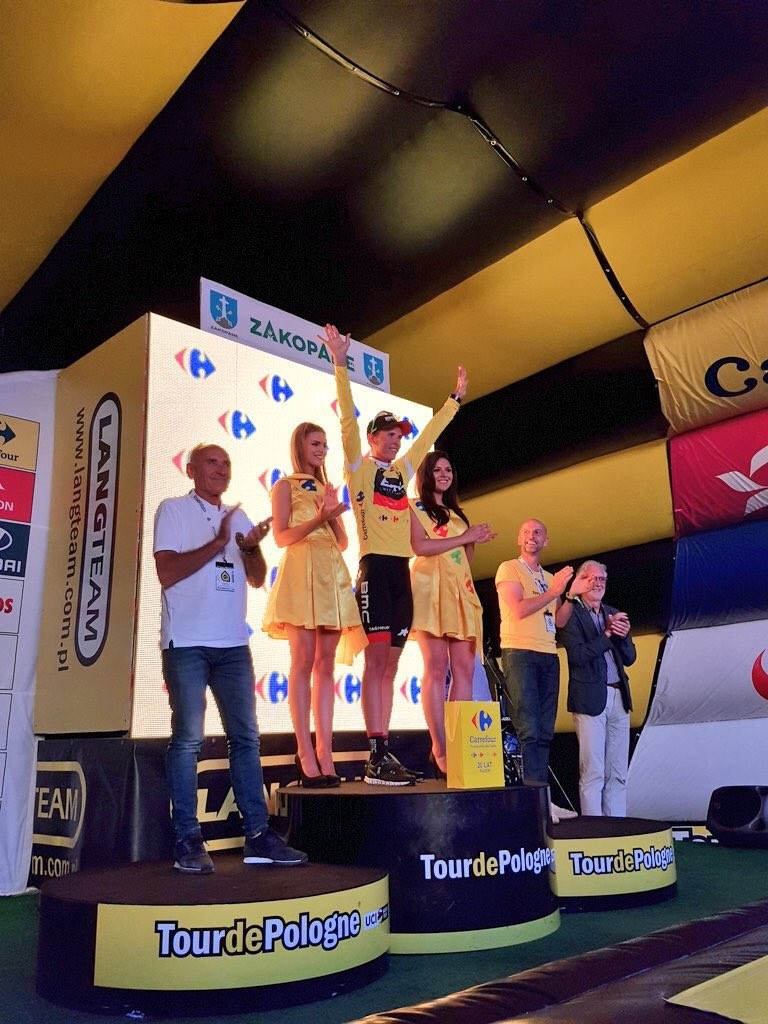 Belgium’s Dylan Teuns clinched the overall victory at the Tour of Poland today as The Netherlands’ Wout Poels won the seventh and final stage in a sprint finish.

Teuns topped the general classification despite finishing fifth today on the 132.5-kilometres journey from Bukovina Resort to Bukowina Tatrzańska.

An overall time of 27 hours 7min 47sec secured the 25-year-old BMC Racing rider a second stage race win of the season having triumphed in front of a home crowd at last month’s Tour de Wallonie.

Despite Majka earning a four-second time bonus on the line, he ended up two seconds behind Teuns in the overall classification.

Poels was another second back to complete the podium.