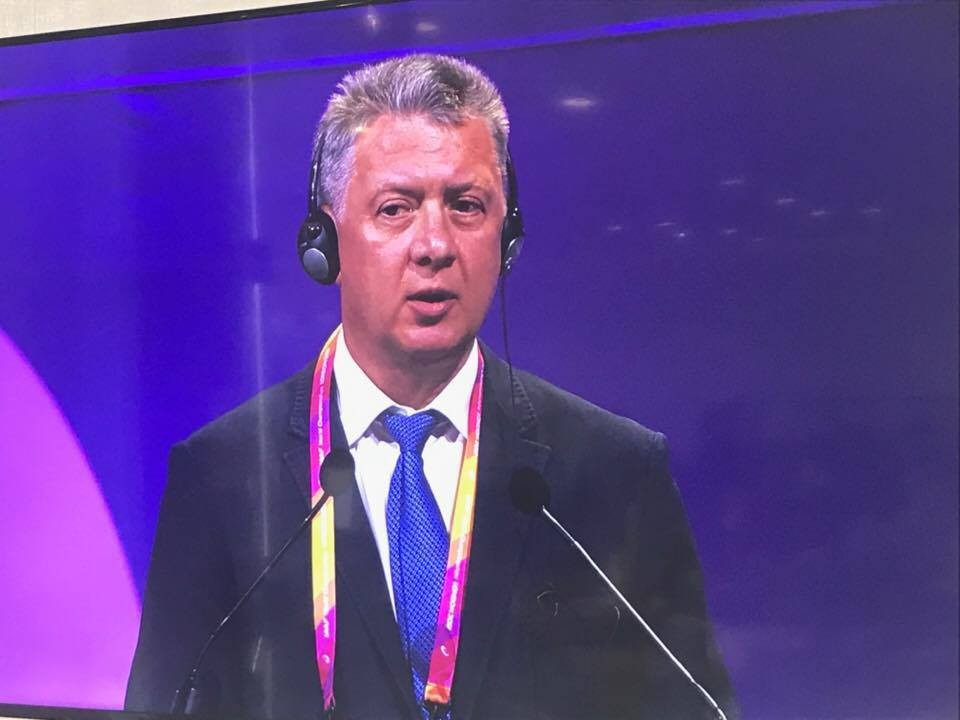 An appeal from Russia to have its suspension by the International Association of Athletics Federations (IAAF) lifted failed at the world governing body's Congress here today, even after the most public apology about the doping scandal which has cast a long shadow over the sport for more than two years.

A total of 166 Member Federations present at the biennial Congress voted to support the recommendation of the IAAF's ruling Council to maintain the suspension with 21 against.

It was well short of the two-thirds majority that the Russian Athletics Federation (RusAF) needed to be re-admitted.

The ban has been in place since November 2015  following a report commissioned by the World Anti-Doping Agency which found evidence of state-supported doping.

It has meant that Russia missed last year's Olympic Games in Rio de Janeiro and its 19 athletes competing at the IAAF World Championships, due to start in London tomorrow, will have to compete under a neutral banner.

The overwhelming vote to keep the suspension in place followed RusAF President Dmitry Shlyakhtin being given the opportunity to address the Congress during which he expressed his regret at what had happened in a powerful speech which surprised many at how contrite it was.

"As you know, as a result of the doping scandal, in 2015 the former leadership of RusAF resigned and I was elected as the new head of the Federation with the power until 2020," Shlyakhtin told the delegates.

"Truly speaking, when I immersed into the situation that developed in recent years in Russian Athletics, I was shocked, the use of doping by athletes, the concealment of doping tests results, corruption and extortion of the former leadership of RusAF and the IAAF.

"Taking all this into account, the decision of the IAAF Council on the suspension of our Federation from the IAAF membership was probably a forced measure.

"Suspension of the Russian athletes from all international competitions was a harsh decision, but we accepted it, as we understood the inevitability of such a step and the need to say stop to doping and corruption.

"I would like to apologise to all athletes who had gold and silver medals snatched from them.

"This will never happen again."

Shlyakhtin also admitted that many medals won by Russian athletes in recent years had been obtained dishonestly.

"On behalf of the new RusAF leadership, I would like first of all to bring my apologies to the athletes whose victories were stolen in a dishonest way, but the truth has triumphed and clean athletes should know that we value their work and victories, so that athletics is a clean sport and all victories are deserved," he said.

"For more than 20 months, in cooperation with the IAAF Taskforce, under the chairmanship of Rune Andersen, we are doing everything possible to ensure that this does not happen again in Russian Athletics."

"Our main goal is to do everything possible to be sure that our athletes are clean."

Andersen had revealed following the IAAF Council meeting on Monday (July 31) that Russia needed to show more remorse before he could consider recommending their reinstatement.

"It is fair to say that the path has not always been completely smooth," he told the Congress.

"There have been some bumps along the way, usually in the form of political statements or interventions that have not been entirely helpful.

"I want to pay tribute to Dmitry Shlyakhtin and the colleagues he brought with him when he was elected as RusAF President in early 2016.

"Dmitry clearly understands the need to change the doping culture that clearly existed in Russian athletics in the past.

"He understands the harm that culture has cost clean athletes everywhere as the apology he just extended to those cheated out of medals demonstrates.

"t is a measure of the man and an important step on the road to rehabilitation of Russian athletics that he’s willing to acknowledge that offence publicly."

Voting was completely open so after pressing their electronic button each country could see which way the others had voted.

Among the countries who voted to lift the ban were Jamaica, home of eight-time Olympic gold medallist Usain Bolt.

On Tuesday (August 1) Bolt had claimed "I don’t think it gets any worse than that" when asked about the doping scandal involving Russia.

He had also warned the sport "would die" unless it eradicated doping.

A  number of other countries also deliberately did not register for the vote.

"Of course, we hoped for the best and were disappointed with this decision," Russian Sports Minister Pavel Kolobkov said following the decision.

"I thank the representatives of those countries that voted in favor of VFLA (RusAF), which shows that confidence in Russia is growing."

Andersen claimed being readmitted to international athletics remained within their own control.

"Their fate is in their own hands," he told the Member Federations.

"They could complete the steps without much further delay."