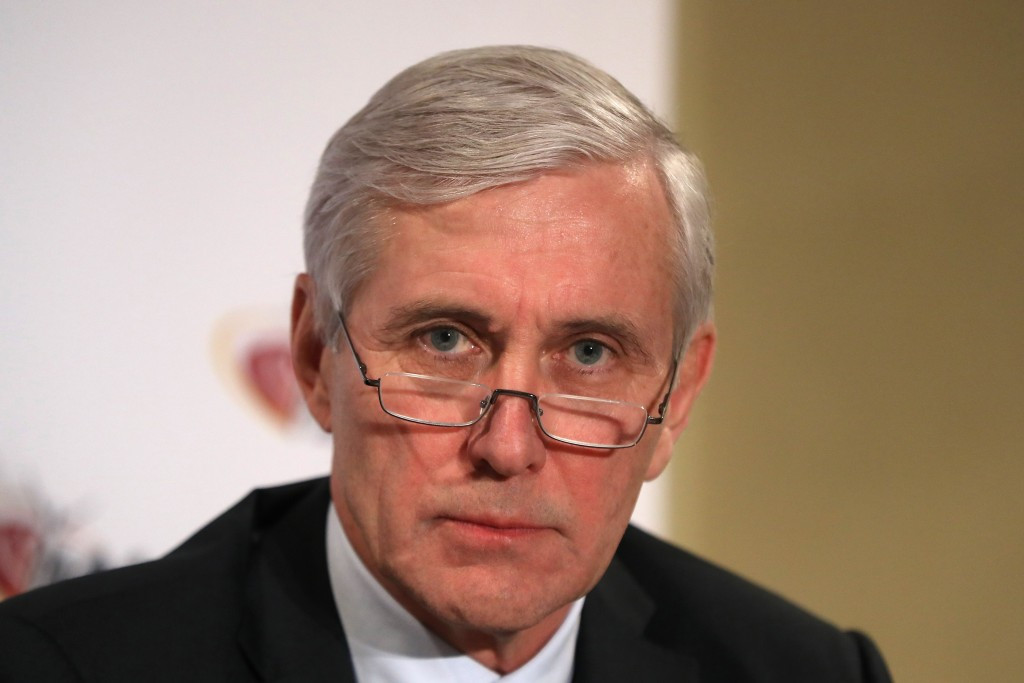 The International Association of Athletics Federations (IAAF) is due to hear a report on the progress of Russia's push for membership reinstatement prior to the start of next month's World Championships in London.

The Taskforce in charge of overseeing Russia's progress, headed by Norwegian Rune Andersen, travelled to Moscow last month for an update.

An IAAF spokesperson has confirmed to TASS that Andersen will present his report at the pre-World Championships IAAF Council meeting, which is scheduled to take place at the Marriott West India Quay on July 31.

Andersen will also address delegates on the second day of the IAAF Congress, which is due to be held at ExCeL London on August 2 and 3.

A total of 19 Russian athletes have been cleared to compete at the World Championships, which are scheduled to run from August 4 to 13.

They will do so, however, as neutrals as RusAF remains banned from international athletics competition due to doping allegations, pending its completion of reinstatement criteria.

Athletes are permitted to compete neutrally if they can demonstrate they have been operating in an "effective testing system".

Among the 19 athletes cleared is Maria Kuchina, the overwhelming favourite to successfully defend her women's high jump world title following an unbeaten season in the IAAF Diamond League.

Sergei Shubenkov will have the chance to retain his global crown in the men's 110 metres hurdles.

"Too bad they have to compete under the neutral flag, but the team in general has very good potential," Russian Deputy Prime Minister Vitaly Mutko told TASS.

"Take Masha [Maria] Kuchina, who has won 14 competitions in a row.

"There are other promising athletes as well, such as [Sergei] Shubenkov, [Darya] Klishina and Anzhelika Sidorova.

"The team is very good.

"There aren’t many of them, but they are strong.

"Everything will be okay."

RusAF sporting director Elena Orlova told TASS that besides the 19, paperwork was also filed for doping whistleblower and 800m runner Yulia Stepanova, only to be rejected by the IAAF.

Having barely competed in 2017, she does not appear to have met the qualifying standard for the event.

Following the IAAF Council meeting in London in April, IAAF President Sebastian Coe claimed Russia were a long way off from being reinstated having been suspended since November 2015.

The country was banned after the publication of the first report commissioned by the World Anti-Doping Agency.

It followed allegations by Vitaly Stepanov and Stepanova of state-supported doping in the country on German television channel ARD.