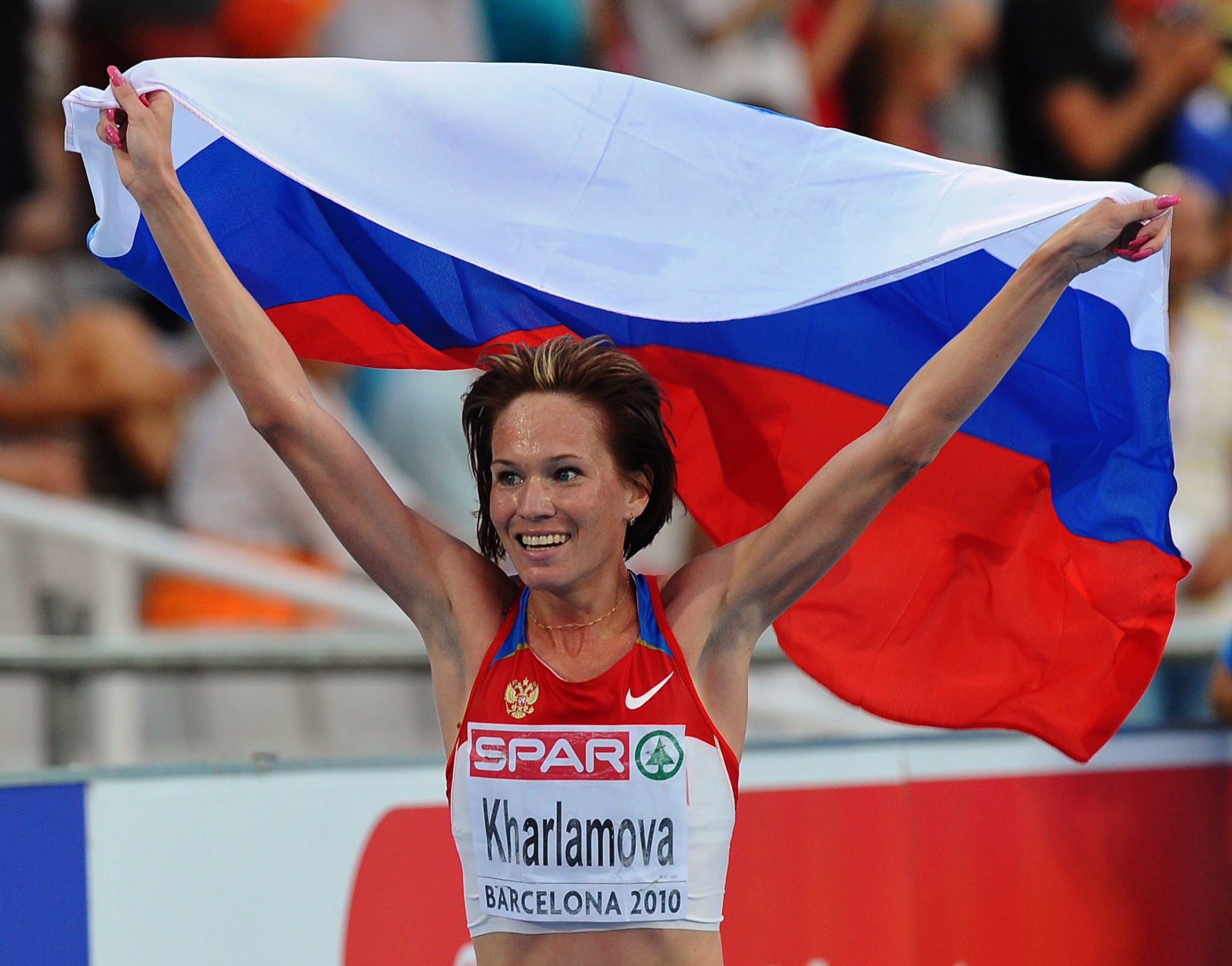 Russia have banned six athletes for failing drugs tests on the eve of the International Association of Athletics Federations (IAAF) Congress here, where they are due to make a presentation tomorrow pleading for their suspension from major competitions to be lifted.

The best known name out of the group is Lyubov Kharlamova.

The 36-year-old was found guilty of "attempting to use a prohibited substance or a prohibited method", which usually means blood doping, according to Sport-Express in Russia.

She was given a two-year ban from June 15 this year but, more significantly, her results from July 27 in 2010 onwards were annulled.

That means she is set to lose the silver medal she won in the 3,000 metres steeplechase at the 2010 European Championships in Barcelona.

Kharlamova had inherited that medal in 2015 after Spain's Marta Domínguez, who had originally finished second, was retrospectively disqualified as a result of abnormalities in her athlete biological passport.

If confirmed, Britain's Hattie Dean would be promoted to the silver medal position and Poland's Wioletta Frankiewicz the bronze.

But that may not be the end of the punishment that Kharlamova faces.

This was her second positive test, having also failed for an anabolic steroid in 2006, and she could now be banned by the IAAF for life.

Of the other five athletes, the only one who has a major international profile is Viktoriya Gurova-Valyukevich, a long and triple jumper, whose sample from the 2012 Olympics in London has been re-tested and showed traces of anabolic steroid.

Gurova-Valyukevich had finished eighth in the triple jump at London 2012 with a best of 14.24m.

Her best performance was winning the triple jump at the 2005 European Indoor Championships in Madrid.

Ekaterina Doseikina, who represented Russia in the women's 3,000m steeplechase at the 2015 IAAF World Championships in Beijing but failed to reach the final, has been banned for four years, reportedly for avoiding out-of-competition drugs tests.

The other athletes who have been suspended are Ivan Hudyakov, who competes in the 400m hurdles, long distance runner Yulia Smirnova and race walker Zilya Garipova, all largely unknown outside Russia.

The latest raft of bans could be seen as another embarrassment for Russia.

But Russian Athletics Federation (RusAF) President Dmitry Shlyakhtin could, however, try to turn the situation to his advantage by claiming that it proves they are taking the problem of doping seriously.

Shlyakhtin is expected to be given five minutes to address IAAF's biennial Congress and plead for the suspension imposed in November 2015 following a World Anti-Doping Agency (WADA) commissioned report which found evidence of state-supported doping in Russia to be lifted.

The report led to the country being banned from last year's Olympic Games in Rio de Janeiro and means that the 19 athletes from Russia set to compete at the IAAF World Championships, due to open here on Friday (August 4), must compete under a neutral banner.

The IAAF's ruling Council voted unanimously on Monday (July 31) to maintain the ban on RusAF following a report from the head of its Taskforce, Rune Andersen.

Shlyakhtin has been busy canvassing Russia's neighbours and allies to support him and vote for the suspension to be lifted.

For the ban to be overturned, two-thirds of Member Federations present at the Congress must vote against the IAAF's Council decision.

Probably the best that Shlyakhtin can wish for is enough votes to help show to people back home that Russia retains some backing in the international athletics community.