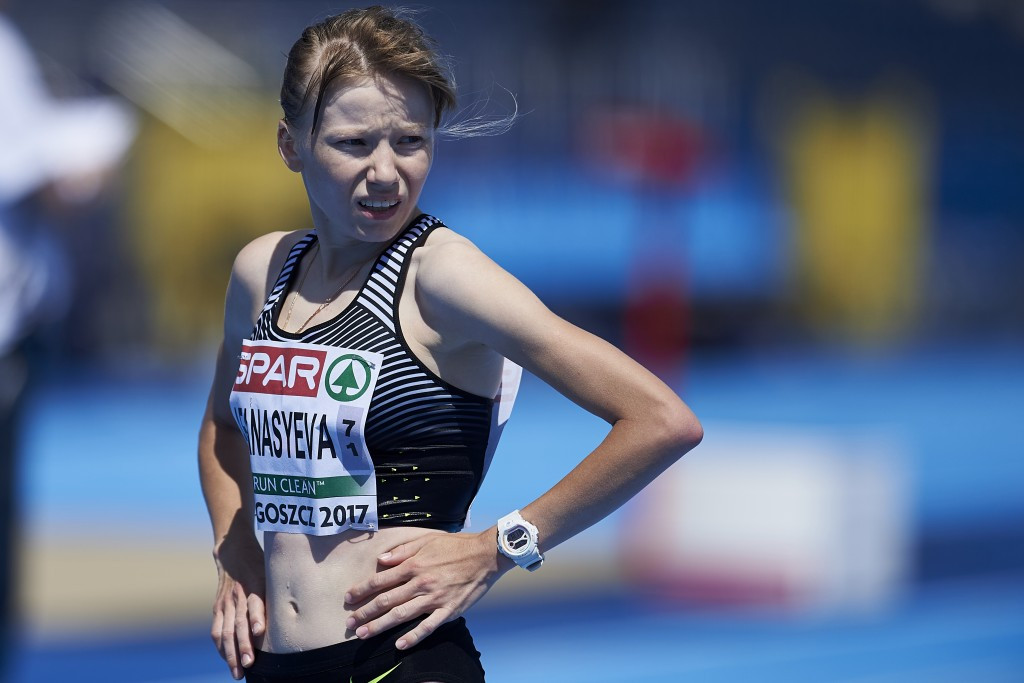 The 21-year-old secured qualification for the IAAF’s flagship event, which is scheduled to take place here from August 4 to 13, after winning the women’s 20 kilometres race walk event at the European Under-23 Championships in Polish city Bydgoszcz yesterday.

It came after she was declared eligible to compete under a neutral banner by the IAAF earlier this month.

Afanesyeva's application to the IAAF Doping Review Board was only for the European Under-23 Championships, meaning she has to apply separately for the right to compete at the World Championships.

Athletes are permitted to compete as a neutral if they can demonstrate they have been operating in an "effective testing system".

RusAF's sports director Andrei Kruporushnikov has told TASS a request will be now be lodged to the IAAF for Afanasyeva’s participation.

"This is a fantastic result, considering that we are happy with any place on the pedestal," he said.

"We will try to do it so that Afanasyeva can compete at the World Championships in London.

"As you know, there are difficulties there.

"So, I think this can hardly be done.

Menkov won gold at his home World Championships in Moscow in 2013 with a personal best and national record of 8.56 metres.

The 26-year-old should now be able to compete under the IAAF banner at the 2017 World Championships.

Others cleared to compete neutrally include Ilya Shkurenev, a multi-eventer who finished fourth in the decathlon at the 2015 World Championships after winning the European indoor heptathlon title earlier in the same season.

Irina Gordeeva, a high jumper who finished third at the 2012 European Championships, is cleared as well along with 2014 European bronze medal winning triple jumper Alexey Fedorov.

Race walker Olga Eliseeva is also cleared purely to race at the European Under-20 Championships taking place in Italian city Grosseto from July 20 to 23.

"The participation of all these athletes as neutral athletes in international competition is still subject to formalities for eligibility under IAAF Rules being completed and subject to acceptance of their entries by individual meeting organisers," the IAAF said in a statement.