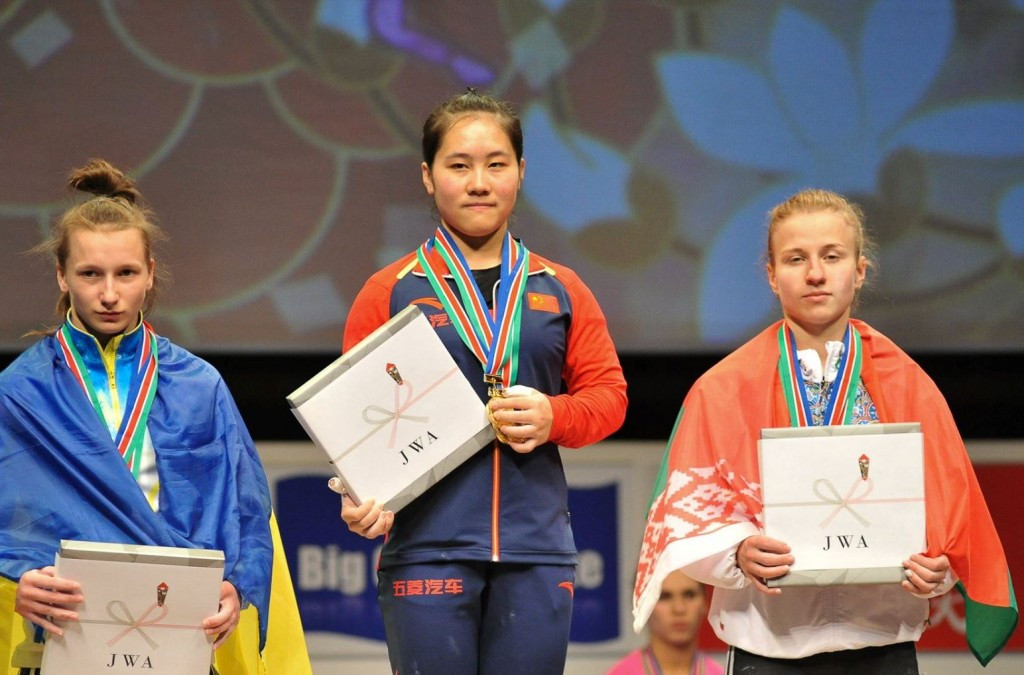 China claimed both gold medals on offer at the International Weightlifting Federation (IWF) Junior World Championships in Tokyo today with Lin Zhixiang winning the men’s 62 kilograms category and Zhu Qiaoling coming out on top in the women’s 53kg division.

Zhu won both the snatch and the clean and jerk with respective lifts of 88kg and 109kg to give her an unrivalled total of 197kg.

Ukraine’s Mariia Hanhur secured the silver medal with 188kg after finishing third in the snatch with 84kg and fourth in the clean and jerk with 104kg.

Russia’s Kristina Novitskaia was the runner-up in the snatch with 85kg, but she ended up fourth overall with 185kg after finishing seventh in the clean and jerk with 100kg.

Tunisia’s Nouha Landoulsi was the clean and jerk silver medallist with 105kg, however this came after she had bombed out in the snatch meaning she could not post an overall total.

In the men’s 62kg event, Lin eased to victory by winning the snatch with 130kg and the clean and jerk with 160kg for an overall total of 290kg.

The overall bronze medal went the way of Turkey’s Cumali Kuvanc, who posted a total of 273kg after coming second in the snatch with 127kg and sixth in the clean and jerk with 146kg.

China’s Wei Chengzuo came third in the snatch with 126kg, but he failed to register a total after bombing out in the clean and jerk.

Germany’s Jon Luke Mau completed the clean and jerk podium with 154kg, however a 10th-place finish in the snatch with 117kg meant he ended up fifth overall with 271kg.