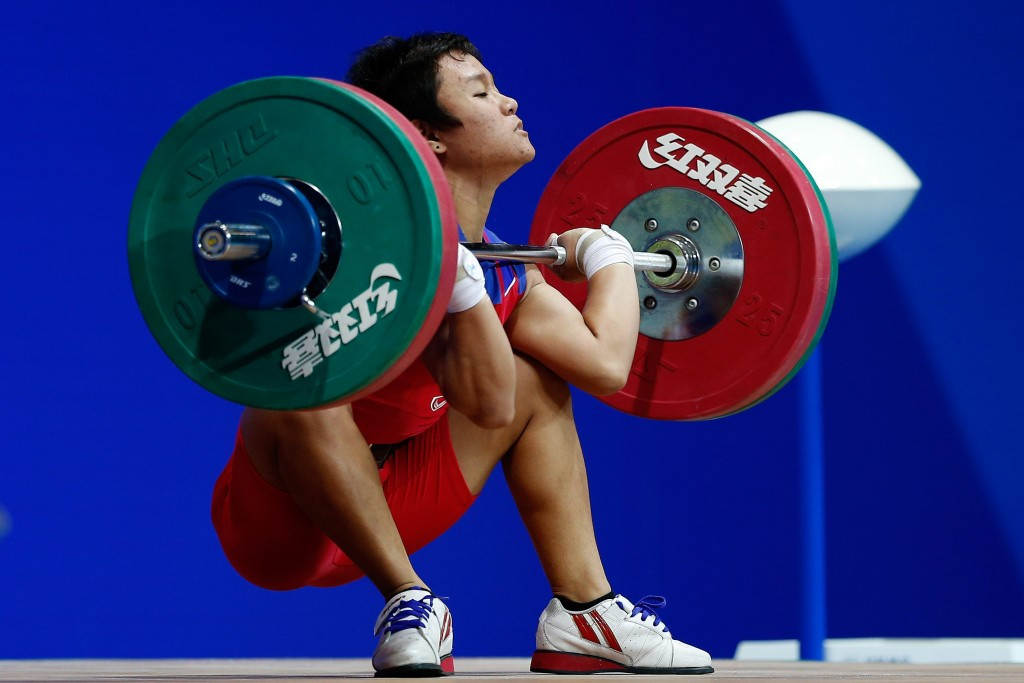 She defended her overall title from 2016 with a combined 179kg at the Ota City General Gymnasium in Japan's capital.

Sukcharoen topped the snatch standings by lifting 82kg and was the best in the clean and jerk as well, lifting 97kg.

She claimed silver in the clean and jerk with a lift of 96kg and bronze in the snatch thanks to an effort of 78kg.

She only finished sixth in the clean and jerk, but won snatch silver after lifting 79kg.

Japan won a home bronze medal in the clean and jerk thanks to Ibuki Takahashi's lift of 96kg - which placed her behind Nanthawong because it came an attempt later than managed by the Thai.

His winning combined total of 258kg was largely helped by a best snatch lift of 120kg - 11kg better than his nearest rival.

He was only third in the clean and jerk but still finished in front of Vietnam's overall silver medallist Lai Gia Thanh, who lifted a combined 249kg.

The Vietnamese won the clean and jerk with an effort of 140kg, and bagged snatch silver with a lift of 109kg.