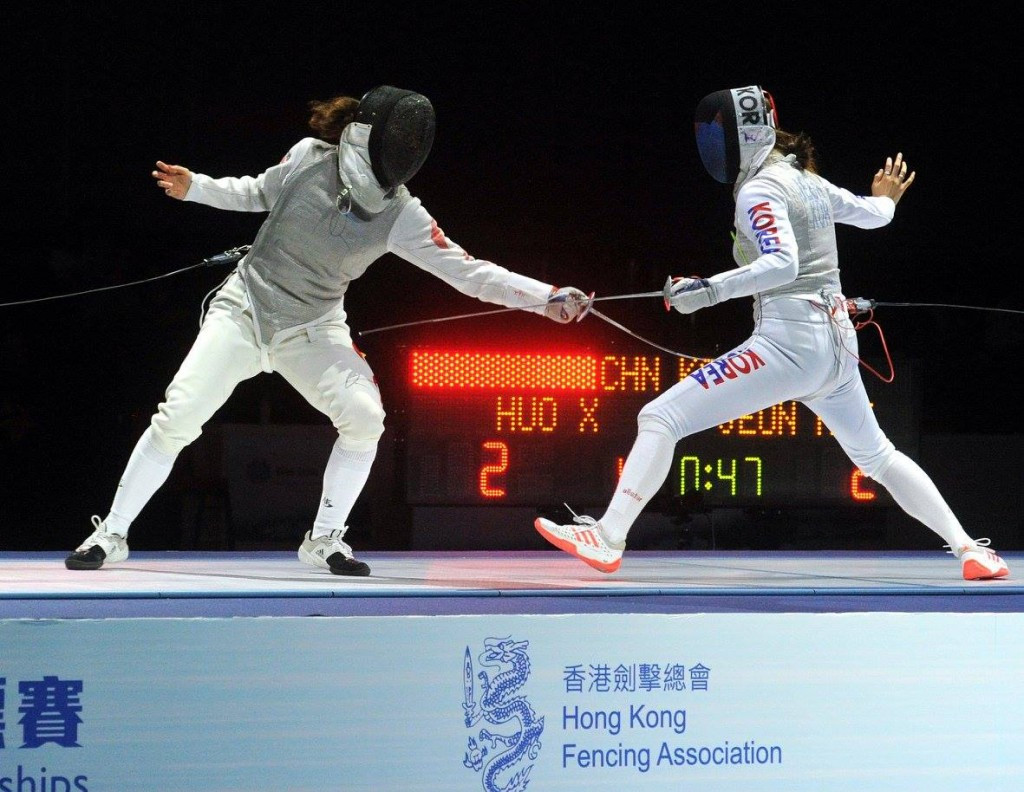 The 21-year-old, who is currently ranked 68th in world, defeated defending champion Nam Hyunhee of South Korea in the final at the AsiaWorld-Expo.

Nam won this event at the 2016 edition of the Championships in Wuxi in China, but fell just one step short of retaining her crown.

Huo had earlier claimed a narrow 12-11 semi-final win over South Korea’s Jeon Hee Sook, who was one of two bronze medallists along with Japan's Minami Kano.

Kano, who also won bronze last year, was beaten in the last-four encounter with Nam, 15-11.

There was also action in the men's individual épée competition with Ruslan Kurbanov of Kazakhstan prevailing.

Kweon's compatriot Park Kyoung-doo, a three-time World Championships silver medallist and last year's Asian champion, took one bronze medal while the other went to another South Korean in Jung Jinsun.

Action in Hong Kong is due to continue tomorrow with the men’s sabre and women’s individual épée events.