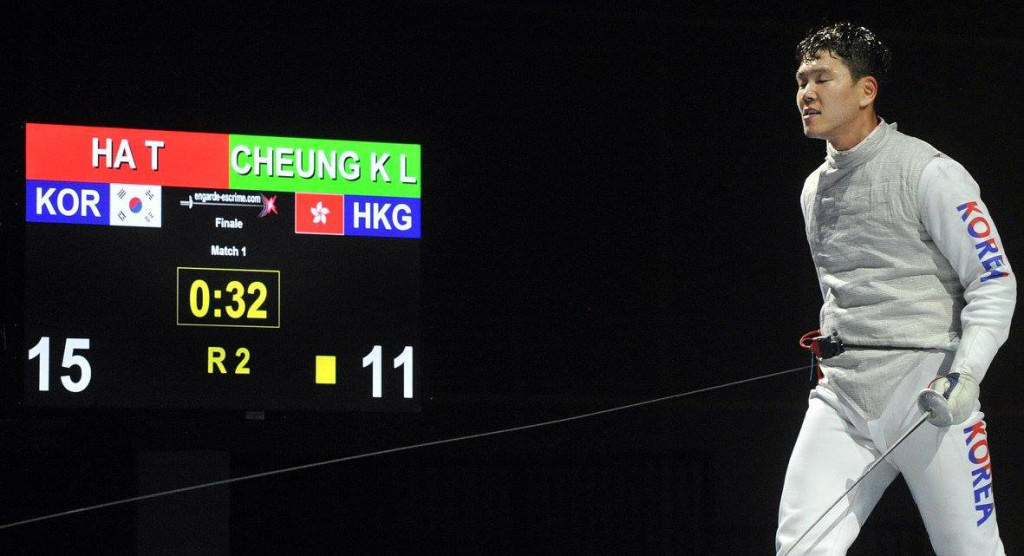 Cheung, who became the first fencer from Hong Kong to clinch the men’s individual foil continental title when he was crowned champion in Chinese city Wuxi last year, fell to a 15-11 defeat at the AsiaWorld-Expo.

He had earlier claimed a 15-9 semi-final win over South Korea’s Son Young-ki, who was one of two bronze medallists along with China’s Chen Haiwei.

Chen lost 15-12 in his last-four encounter against Ha.

Ha’s victory was one of two for his country today with Kim Ji-yeon beating fellow South Korean Seo Ji-yeon 15-11 in the women’s individual sabre final.

The other semi-final saw Seo defeat China’s Yu Xinting by the same scoreline.

Yu and Emura shared the third step of the podium.