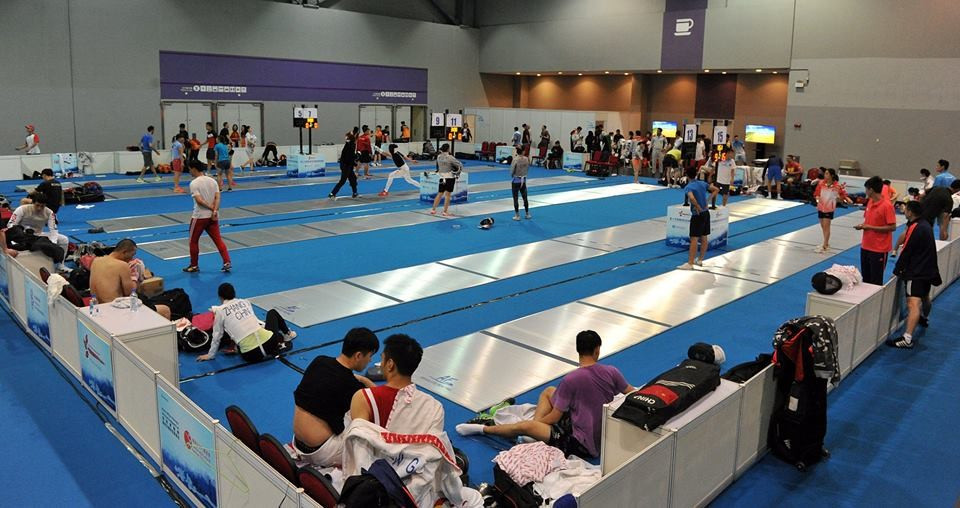 The 2017 Asian Fencing Championships are due to begin tomorrow in Hong Kong, where more than 340 athletes are set to battle it out for honours.

The event is scheduled to take place at the AsiaWorld-Expo with action concluding on Tuesday (June 20).

Among the countries due to compete are Australia, whose 15-strong representation includes men’s foil athlete Lucas Webber.

"The Asian Championships has always been one of the toughest events on the calendar," Webber said.

"Following the last Olympic cycle, the Asian fencing powerhouses China, Korea and especially Japan have made some changes to their teams but have looked very strong at international events so far this season.

"Beyond that, strong fencers from Kazakhstan, Thailand, Chinese Taipei, the Philippines, Kuwait and Vietnam will also be looking to start the new Olympic cycle off in good form.

"The density of the field will present an incredibly tough challenge for us as we look to challenge some of the world's best and we'll need to be on top of our game heading into both the individual and team events."

Webber, the 2015 Australian foil champion, is even more determined for success at the Championships following the recent additional event announcement for the 2020 Olympic Games in Tokyo.

The International Olympic Committee announced on Friday (June 9) that men and women’s teams will contest all three disciplines - foil, épée and sabre - at the next edition of the Summer Games.

This means an additional two events will be added from the fencing programme at Rio 2016, which did not feature a women’s team foil event or men’s team sabre event.

"The addition of two more events means that all team events will be fenced at the Olympics which is incredibly exciting for myself and the men's foil team as our event was scheduled to be rostered off in Tokyo," Webber said.

"We've had some excellent team results over the last couple of years and this just gives us added motivation to go even further."

Webber will be joined on the men's foil team by Sholto Douglas, Edward Fitzgerald and Chris Nagle.

In terms of home athletes, much expectation rests on the shoulders of Cheung Ka-long as he looks to defend his men’s individual foil crown.

The Rio 2016 Olympian followed this up claiming the world junior title in Bulgarian city Plovdiv in April.

Currently ranked in the world's top 10, Cheung's biggest rival in Hong Kong is expected to be world number 17 Chen Haiwei of China and number 18 Heo Jun of South Korea.

"Cheung is the highest-ranked fencer at the Championships and has been performing well this year," the 20-year-old’s head coach Zheng Zhaokang told the South China Morning Post.

"But he is still young and may find it difficult to improve his level.

"That’s why we need the help of the sport psychologist, especially as this is the first time the youngster will be appearing in front of a home crowd at a such a big event.

"Other sports scientists are also here to offer assistance in different areas to ensure Cheung and his fellow fencers can perform to their best of their abilities."