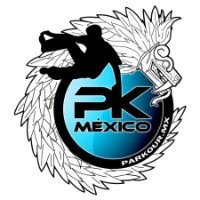 Mexico have become the latest country to express their support for Parkour UK's position on the ""encroachment and misappropriation" of parkour/freerunning by the International Gymnastics Federation (FIG).

Similar moves have been made by other parkour national governing bodies in France, Australia, New Zealand and South Africa.

"We wish to express firmly to the institution that you are in charge of our concerns as practitioners and members of the Mexican parkour community about the intentions expressed by the Fédération Internationale de Gymnastique (FIG) regarding the development of a new Olympic discipline based on parkour, freerunning and obstacle courses," the letter read.

It continued: "The reason for our concern is that FIG’s initiative tends to propagate erroneous concepts of parkour, ones that oppose the values our practice cultivates and in a fashion that pins it against its own non-competitive nature.

"We agree with the French Parkour Federation statement about parkour and freerunning representing a sporting activity in its own right, as well as a culture, a philosophy, and an art completely independent of gymnastics, and those rightful to develop or promote this practice are its practitioners and their emanating organisations.

"We claim our right to self-determination and demand to represent our own interests as a community.

"Thus, we are concerned about the lack of clarity with which the FIG has handled the subject, even declaring (and then recanting) that we do not have the organisational capacity required for the creation and management of sports institutions; underestimating what we are and represent.

"The unanimous rejection and firm response of the parkour groups, associations and communities of the world show that such a statement is false.

"Our strength lies in unity and in our fundamental values."

Voters on a recent insidethegames.biz poll have said that parkour should not be governed by the FIG.

The poll, which ran for two weeks, saw 75 per cent of participants vote against the FIG's attempts to gain control of the sport.

The remaining 25 per cent were in favour of the FIG's governance.

Gymnastics' world governing body has responded in recent days to the allegations of "encroachment and misappropriation" of parkour, claiming this was never their intention.

Minogue has written to the International Olympic Committee (IOC) to protest about the FIG trying to take control of the sport.

He has also promised that if a Memorandum of Understanding was not established within the previously advised 60 days, which expires on July 26, or within an agreed period, then they would "take all necessary and appropriate steps to protect the integrity and sovereignty of the sport of parkour/freerunning, our sport, our community".

The poll results came just days after the FIG were unsuccessful in their attempts to get parkour onto the Olympic programme for Tokyo 2020 at an IOC Executive Board meeting in Lausanne.

The FIG had hoped to see parkour named on the list, but their efforts proved unsuccessful.

The setback does not appear to have deterred the FIG though, as they announced last week that it will continue with plans to appoint a "Parkour Committee" which would be chaired by David Belle, the sport's founder, and include Charles Perrière, President of the Mouvement International du Parkour.

The "Road Map for Parkour""drawn-up by the FIG as part of its plans for the sport also seeks to provide the staging of a series of Parkour World Cups in 2018 and 2019 together with a first FIG World Championships planned in 2020.

The FIG recently held its inaugural Obstacle Course World Cup in Montpellier as part of the International Festival of Extreme Sports (FISE) in the French city.