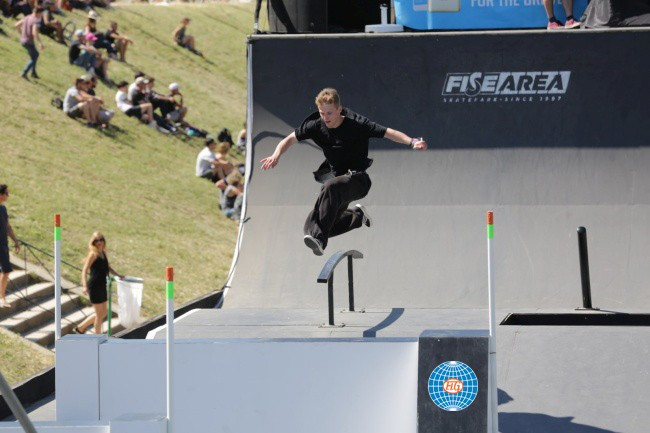 Poland have become the latest country to express their support for Parkour UK's position on the "encroachment and misappropriation" of parkour/freerunning by the International Gymnastics Federation (FIG).

"We feel obliged to show our objection to the recent encroachment and misappropriation of our practice by the Fédération Internationale de Gymnastique (FIG) via 'development of a related FIG discipline' based on parkour," the letter reads.

Dąbrowski also said hs Federation rejects the assertions of FIG secretary general André Gueisbuhler regarding the history of parkour as "inaccurate and ill-informed".

Gueisbuhler told Vestnik Kavkaza in an interview last month that parkour has a "long history in gymnastics".

He also claimed parkour groups "are not organised" and that he is "sure the FIG is the International Federation most qualified to further develop parkour".

"We disagree with the secretary general’s notion that our community is not organised in our development of parkour," the letter added.

"One of our statutory goals is to create and maintain a positive image of parkour and freerun, so we feel obliged to intervene.

"We consider parkour an independent activity of a different genesis and origin than gymnastics.

"We will ensure that our sport is neither misappropriated and/or encroached upon by FIG internationally and/or nationally by any of FIG’s National Federation members.

"We will fully support international efforts to unite and strengthen ties between the national organisations developing parkour."

Last month, leading American-based group, the APEX School of Movement, signalled their opposition to FIG after initially supporting their plans.

FIG has pressed ahead with their plans to incorporate a parkour discipline into gymnastics, despite the mounting opposition from the national governing bodies and organisations,

It recently held its inaugural Obstacle Course World Cup in Montpellier as part of the the International Festival of Extreme Sports in the French city.

FIG claimed it brought "smiles to the faces of athletes, spectators and students of parkour alike", adding that "hundreds of people of all ages were introduced to parkour through dedicated classes in a dedicated place within the festival".

It also stated the speed and freestyle competitions demonstrated the "very highest levels of athleticism and artistic creativity".