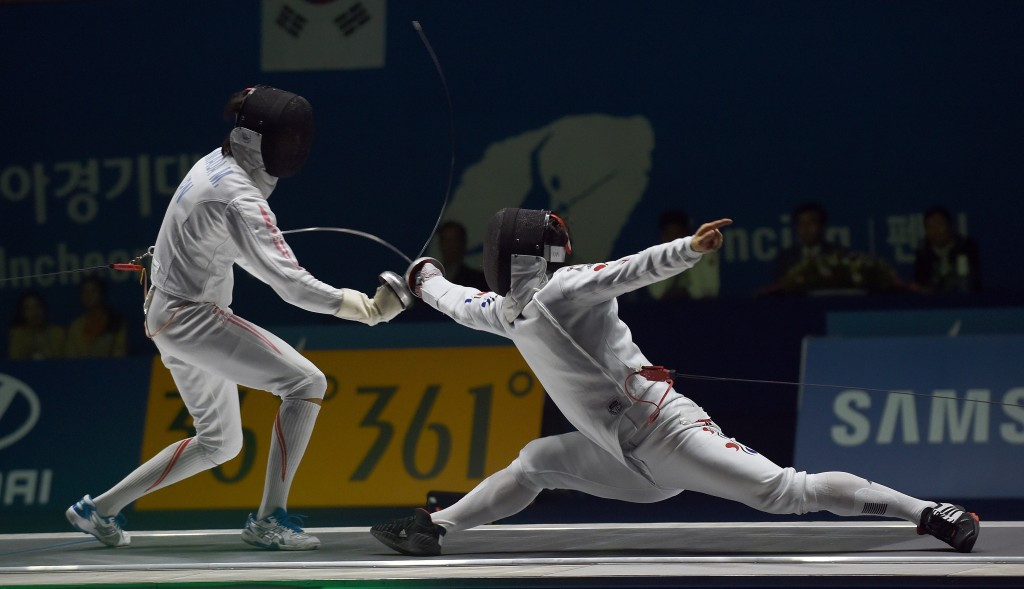 Defending champion Jiao Yunlong, China’s only qualified fencer for Rio 2016 in the men's individual épée, suffered a surprise 14-12 defeat at the hands of South Korea’s Jung Jin-sun in the round of 32.

Home favourite Shen Chen failed to retain her title after the world number three lost 15-11 against South Korea’s Yoon Ji-su in the quarter-finals.

South Korea top the current medals table with two golds, one silver and five bronzes, followed by China with one gold, two silvers and two bronzes, and Hong Kong with one gold.

Action in Wuxi is set to continue tomorrow.