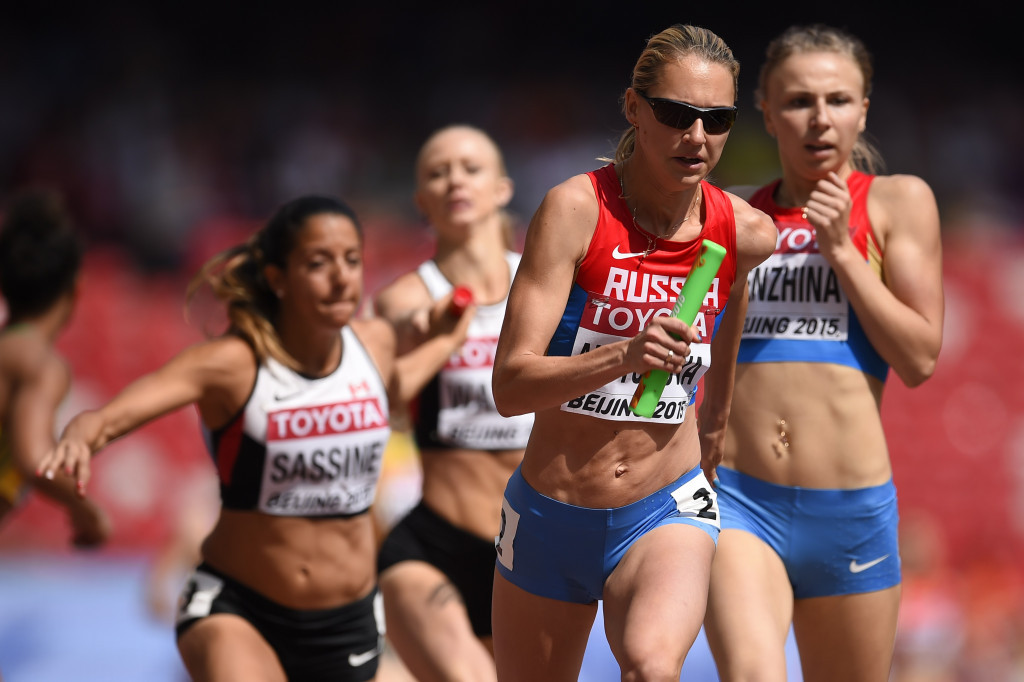 A further three Russian athletes have been cleared to compete as neutrals by the International Association of Athletics Federations (IAAF) Doping Review Board - but another 28 have been declined.

They will join the 12 other Russian athletes who have previously been declared eligible by the Doping Review Board, composed of chair Robert Hersh, from the United States, and Dutchwoman Sylvia Barlag and Finland's Antti Pihlakoski.

The IAAF also confirmed they have rejected 28 other applications and a further 27 cases remain under review.

Among the athletes who had their applications declined are race walker Sofia Brodatskaya, runner Yuri Chechun and sprinter Aleksander Efimov.

The list, which can be read here, was published on RusAF's website and also includes veterans such as triple jumper Alexander Kornazhitsky.

Aksyonova was part of Russia’s gold medal-winning 4x400m relay team at the 2010 European Athletics Championships in Barcelona, where she also claimed silver in the individual event.

Rebrik won a gold medal at the 2012 European Championships in Finland’s capital Helsinki.

Rudakova has won numerous titles at junior and youth championships at world and European level.

The trio's participation as neutral athletes in international competition is still subject to formalities for eligibility under IAAF rules being completed and subject to acceptance of their entries by individual meeting organisers.

Russia has been suspended from competition by the IAAF since the publication of the first report commissioned by the World Anti-Doping Agency (WADA) in November 2015.

It came in the wake of allegations by Vitaly Stepanov and Yuliya Stepanova of state-supported doping in the country on German television channel ARD.

The ban meant Russian athletes, apart from long jumper Darya Klishina, who proved she had been training under an effective doping system outside of her home country, were unable to participate at last year's Olympic Games in Rio de Janeiro.

A total of 58 cases were reviewed by the IAAF Doping Review Board on this occasion.

The 27 still under review includes nine athletes seeking neutral athlete status to compete at the IAAF Under-18 World Championships in Nairobi in July.

They will be subject to further testing by the IAAF and/or UK Anti-Doping between now and the Championships to determine their eligibility for the event.

In total this year, 13 applications have been approved and 45 have been declined.

"I’m grateful to the members of the Doping Review Board for the dedication and diligence they are giving to this on-going review process," IAAF President Sebastian Coe said.

"The importance of this huge task should not be underestimated.

"There can be no time constraints or deadlines when the protection of clean athletes everywhere is at stake."

Last month, Coe admitted the IAAF was "disappointed and concerned to learn that the prospect of the milestones being fulfilled this year by RusAF remains a distant one".

RusAF President Dmitry Shlyakhtin reacted by stating the national governing body was "puzzled" by Coe's claims that they were a long way off from being reinstated.

Since the publication of updated guidelines in January, the IAAF has received more than 130 applications from Russian athletes, more than 40 of which have been endorsed by RusAF.

"This being an ongoing process, the IAAF will only make announcements as and when decisions are made by the Doping Review Board concerning successful applications and those athletes have been duly informed," an IAAF statement reads.