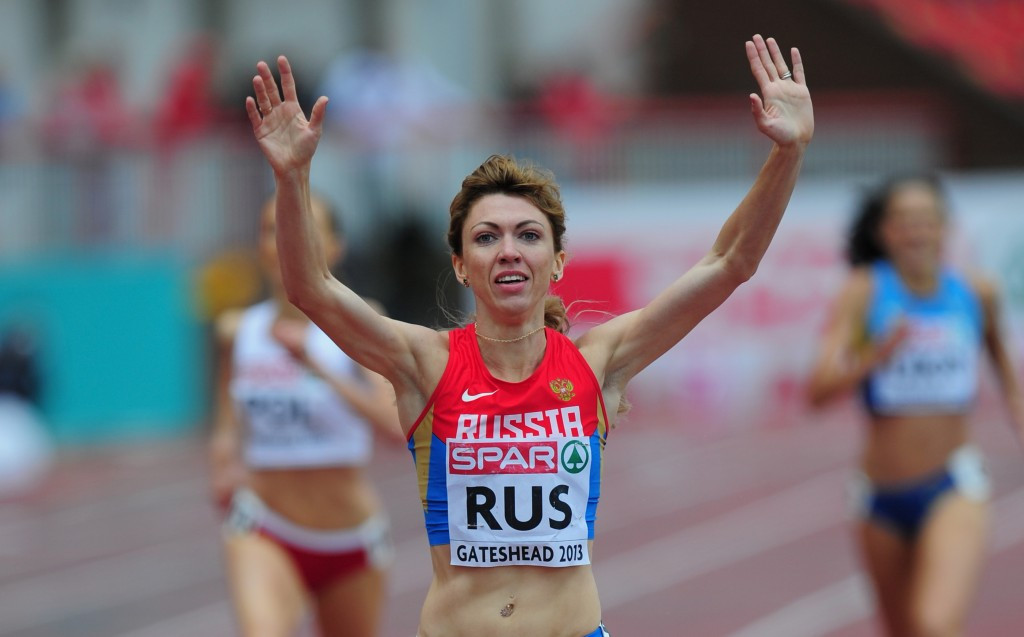 Russia’s Ekaterina Sharmina has been banned until 2022 by the Russian Anti-Doping Agency (RUSADA) after failing a drugs test six months after being handed another suspension.

In November, the Court of Arbitration for Sport (CAS) ruled that the 1,500 metre Universiade gold medallist from the Games in Kazan four years ago should be banned for three-years in relation to adverse biological passport findings.

Along with her Universiade gold, Sharmina was also stripped of her 2011 European Indoor Championships 1,500m bronze, won in Paris.

This has now been followed up with RUSADA announcing the middle-distance runner has been given an additional four-year ban after testing positive for an unspecified substance.

In a statement on their website, RUSADA said the ban would run from the end of Sharmina’s first one, due to finish in 2018.

Along with her additional suspension, another middle-distance athlete, Ekaterina Doseykina, has also been banned for two years for breaching “whereabouts” rules.

These stipulate that athletes must make testers aware of where they are so they can provide a sample.

Missing tests can lead to suspensions.

A decision on whether to place RUSADA provisionally on the WADA compliant list is due to be made next month.

This could be followed up by being given full member status again in November.

Any Russian athlete who wants to compete at the 2017 IAAF World Athletics Championships will have to apply to do so as a neutral.