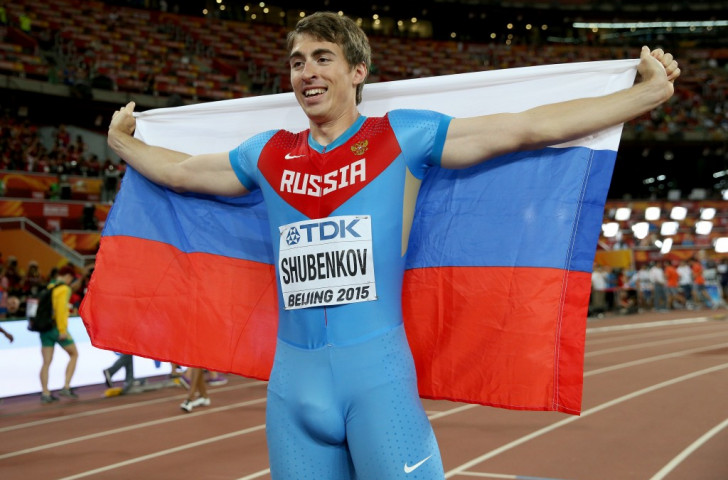 Russia’s world 110 metres hurdles champion Sergey Shubenkov will return to competitive action on a global platform for the first time in a year when he runs at the Shanghai International Association of Athletics Federations (IAAF) Diamond League meeting tomorrow.

Shubenkov, who recorded a personal best of 12.98sec in winning at the IAAF World Championships in Beijing 2015, missed last year's Olympic Games in RIo de Janeiro due to a ban on his country's athletes in the sport over doping irregularities.

But he is one of the latest batch of seven Russian athletes cleared by the IAAF in April to compete under a neutral banner.

Only one Russian, long jumper Darya Klishina, was allowed to compete at Rio 2016 after proving she had trained in an "effective testing system" outside of her home country.

A dozen Rio 2016 champions will compete in the second Diamond League meeting of the season, but it is a former Olympic champion Renaud Lavillenie who will be defending a unique position in the sport.

The 30-year-old French pole vaulter, whose indoor season ended prematurely after just two competitions as he struggled to recover from hamstring and quad problems, is the only athlete who has won the top prize in their event on every occasion since the Diamond League began in 2010.

Sitting alongside the man who beat him to the Olympic title in Rio 2016, Brazil’s Thiago Silva, during a pre-event press conference, the world record holder said: "I have a good collection of trophies, they are all in the same place in my room and the good thing is it is big enough to welcome a few more of them.

As he sets out in pursuit of trophy number eight at the Shanghai Stadium, Lavillenie has a clear target in mind.

"I’ve been injured this winter, so I am really excited about my first outdoor competition," he said.

"I’m in pretty good shape and I am looking forward to launching a season where I want to be jumping well at the World Championships in August.

"First competions can be a bit random sometimes, but if everything is okay I will fight for the win.

"My first goal is to jump 5.70 metres, which would be a good minimum for me because I am staying on a 16-step run-up when normallly I do 20.

"So if I jump 5.70, I know I will be able to jump higher, but everything depends on the weather so we will see.

"But I’m pretty confident and I have no pain and no injury, so that’s the most important thing for me when I look back from the last few months."

Jamaica’s Olympic 100 and 200m champion Elaine Thompson will be the main attraction in the shorter sprint.

Her first appearance in Shanghai will see her facing strong opposition from the US from Olympic long jump champion Tianna Bartoletta and Rio 2016 200m silver medallist Tori Bowie.

The 24-year-old Jamaican has already indicated her sound form this season, clocking a wind-assisted 10.75sec in a 100m race in Kingston last month and outperforming world 200m champion Dafne Schippers of The Netherlands to win over the longer distance at the opening IAAF Diamond League meeting in Doha last Friday (May 5).

"Each time I run I surprise myself that I am so fast," said Thompson.

It will be fascinating to see how fast she can go in the Stadium where, eight years ago, Carmelita Jeter of the US became the second fastest female 100m runner behind her controversial former compatriot Florence Griffith-Joyner by clocking 10.64.

Shanghai will be the first of this season’s Diamond League events to hold a new format of discus competition with male and female throwers performing in alternate rounds.

Croatia’s 26-year-old double Olympic discus champion Sandra Perkovic will be seeking to extend her winning streak in the arena where she set national records in 2012 and 2016 respectively.

Perkovic, already has the 2017 world leader with the 70.23m she threw in February, although she will have serious opposition from Melina Robert-Michon, who set a French record of 66.73m in taking silver behind the Croatian at Rio 2016.

Home high jumper Zhang Guowei will seek to return to his best form in an event that includes Qatar’s Olympic silver medallist Mutaz Essa Barshim, who is also second on the all-time list with his best of 2.43m, a winner Doha earlier this month with 2.36m.

Guowei, the World Championship silver medallist from Beijing 2015, set his personal best of 2.38m in Eugene two-years-ago, but was hampered by a hip muscle injury last year, failing to reach the Rio 2016 final.