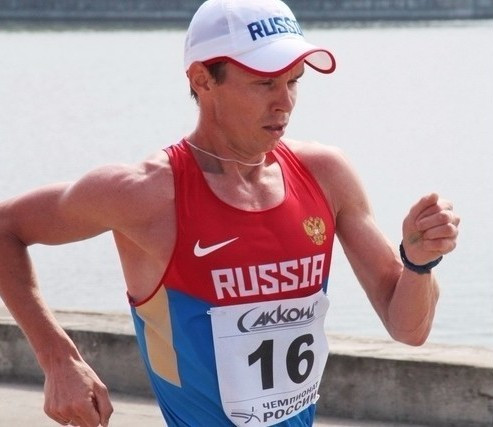 Russian race walker Pyotr Trofimov has been handed a four-year ban after a ruling by the Court of Arbitration for Sport (CAS).

The 33-year-old has been sanctioned over irregularities in his biological passport, according to the Russian Athletics Federation.

He was the winner of the men's 20 kilometre race walk at the Russian Championships in Sochi last year, triumphing in a time of one hour, 22min and 6sec.

His sanction provides further embarrassment to Russian race walking, which has already been hit by numerous scandals.

More than 25 leading Russian walkers have been banned in recent years, including three Olympic champions.

As these investigations continued, only one Russian race-walker was entered for the 2015 World Championships in Beijing.

The lone entrant, Alexander Yargunkin, ultimately did not compete after reportedly testing positive for EPO.

He was handed a four-year ban from athletics in January.

He has been banned for seven years.

Emelyanov had previously been stripped of the 20km title he won at the European Championships in Barcelona in 2010.

He was sanctioned by CAS, along with a senior Russian coach.