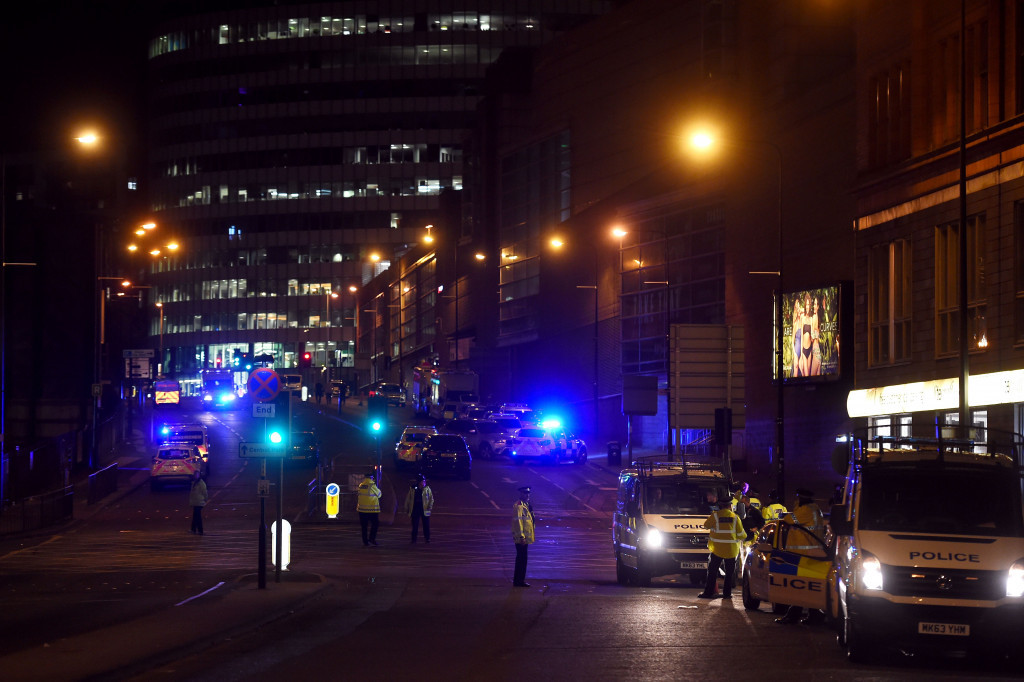 A number of sporting bodies have expressed their shock after last night's terrorist attack in Manchester.

Police have so far confirmed at least 22 people including children as young as eight-years-old have died and a further 59 people are injured as a result of the attack at the Manchester Arena, the largest venue of its type in Great Britain.

A lone attacker, named as 22-year-old Salman Abedi, is believed to have detonated an explosive device at the arena as people left a concert by American singer Ariana Grande.

Greater Manchester Police confirmed that the assailant died at the scene while counter-terror police and the intelligence services have launched a “fast-moving investigation”.

They have also confirmed that a 23-year-old man has been arrested in the city in connection with the incident.

Along with this, the force said they had carried out raids in the Whalley Range and Fallowfield areas of Manchester as part of their investigations, with a controlled explosion being conducted at the latter venue.

Another incident occurred at the Arndale Centre in the city today, but police have confirmed this is not believed to be linked to the attack, adding a man had been arrested.

Responsibility for the attack has been claimed by the so-called Islamic State group.

It remains to be seen whether the incident will affect sporting events due to take place in Manchester this weekend.

The Great Manchester Run, which includes a half marathon and a 10 kilometres race, is due to take place on Sunday (May 28).

Before that, the GreatCity Games are set to take over the streets of Manchester on Friday (May 26) at the purpose built athletics arena in Albert Square.

Organisers of both events have told insidethegames that they are waiting to hear from relevant parties before making a decision on whether they will still go ahead.

Great Britain held their welcome home parade in Manchester following the Rio 2016 Olympic and Paralympic Games and they have also paid tribute to the city.

"Our thoughts today are with Manchester and with anyone affected," a Team GB tweet read.

"The city welcomed us home from Rio - now we #standtogether with you."

Prime Minister Theresa May also expressed her thoughts to the victims and their families, describing the incident as one of the worst terrorist attacks the country has experienced.

"It is now beyond doubt that Manchester has fallen victim to a callous terrorist attack, an attack that targeted some of the youngest people in our society with cold calculation," May said outside 10 Downing Street.

"This attack stands out for its appalling, sickening cowardice."

Campaigning for the General Election, due to be held on June 8, has been postponed for the day as a mark of respect.

Queen Elizabeth II also released a statement expressing her sadness at the attack.

"I know I speak for everyone in expressing my deepest sympathy to all who have been affected by this dreadful event and especially to the families and friends of those who have died or were injured," the Queen said.

"I want to thank all the members of the emergency services, who have responded with such professionalism and care.

"And I would like to express my admiration for the way the people of Manchester have responded, with humanity and compassion, to this act of barbarity."

During a garden party at Buckingham Palace today, the Queen held a minute's silence.

United States President Donald Trump also spoke about the attack during his visit to Israel, describing the perpetrators as "losers".

"I won’t call them monsters because they would like that term," Trump said.

"They would think that’s a great name.

"I will call them, from now on, losers, because that’s what they are."

The Manchester Arena hosted boxing and netball at the 2002 Commonwealth Games and is a popular venue for hosting various sporting and cultural events.

Using the venue as also included in plans for the Olympic and Paralympic Games in 2000 which the city bidded for before losing to Sydney in Australia.

England Netball has chosen to temporarily suspend ticket sales for the Final Four.

The season ending event is due to be staged at the Manchester Arena on June 10 and 11.

"We will release a further update in due course, for now our thoughts and condolences are with those in Manchester," read a statement from England Netball.

The International Cricket Council (ICC) has also reiterated that security at this summer's ICC Champions Trophy and Women's World Cup, both of which are due to take place in England, is a key priority.

No matches are scheduled to be held at Manchester's Old Trafford stadium, but the governing body has taken steps to assure fans that security is vital in their plans.

"Our thoughts are with everyone affected by the horrific attack in Manchester," read a statement.

"The ICC and England and Wales Cricket Board (ECB) place safety and security at the ICC Champions Trophy and ICC Women's World Cup this summer as the highest priority.

"We operate on advice from our Tournament Security Directorate – in conjunction with the ECB and relevant authorities – to ensure that we have a robust safety and security plan for both tournaments.

"We will continue to work with authorities over the coming hours and days and review our security in line with the threat levels."

It has also been confirmed that security will be enhanced at a number of sporting events including Saturday's (May 27) FA Cup final between Arsenal and Chelsea at Wembley Stadium.

Manchester United are scheduled to play in the Europa League Final against Ajax in Swedish capital Stockholm tomorrow night.

In a statement, UEFA said that there is nothing to suggest supporters planning to attend the final are in danger.

"UEFA is shocked by last night's attack in Manchester. Our thoughts are with the victims and the families of those affected," the statement said.

"There is currently no specific intelligence which might suggest that any of the UEFA Europa League final activities in Stockholm may be the target of attacks.

"UEFA has been closely working with local authorities and the Swedish Football Association for many months and the terrorist risk had been taken into account since the very beginning of the project.

"Furthermore, a number of additional security measures were implemented following the attacks in Stockholm last April.

"Due to the tight security arrangements, UEFA urges fans to arrive at the stadium as early as possible, as detailed checks will be made at the entrances, resulting in potential delays in accessing the stadium."

Manchester United cancelled their pre-match press conference in Stockholm this evening, saying "our thoughts are with the victims and their families at this terribly difficult time".

They later released another statement saying they were "deeply shocked" by the incident, adding that pupils who attend schools which the club visit were at the concert.

"Our thoughts and prayers go out to all those affected, including our supporters, club staff and members of our community such as the children from our Manchester United Foundation partner schools who were attending the concert at the arena," the club said.

"Club staff are ready to help the police and other emergency services in any way that may be required at this challenging time for our city."

A picture of the players observing a minute's silence was also posted on the Manchester United Twitter profile along with the message "#WeStandTogether".

The attack comes two months after a terrorist incident outside the Houses of Parliament in Westminster which saw 52-year-old Khalid Masood run over four pedestrians on Westminster Bridge before stabbing police officer Keith Palmer outside the building.

Masood was shot dead by another police officer.

In 1996, there was a bombing in Manchester carried out by the Provisional Irish Republican Army.

A truck bomb was detonated on Corporation Street in the city, injuring over 200 people, just a day before Russia were due to play Germany at Old Trafford during the 1996 European Football Championships.

The Manchester Giants basketball team played there between 1995 and 2001 while two ice hockey teams, Manchester Storm and Manchester Phoenix, have also used the arena for home matches.

Thousands of people attended a vigil in Manchester's Albert Square to remember the dead held this evening.