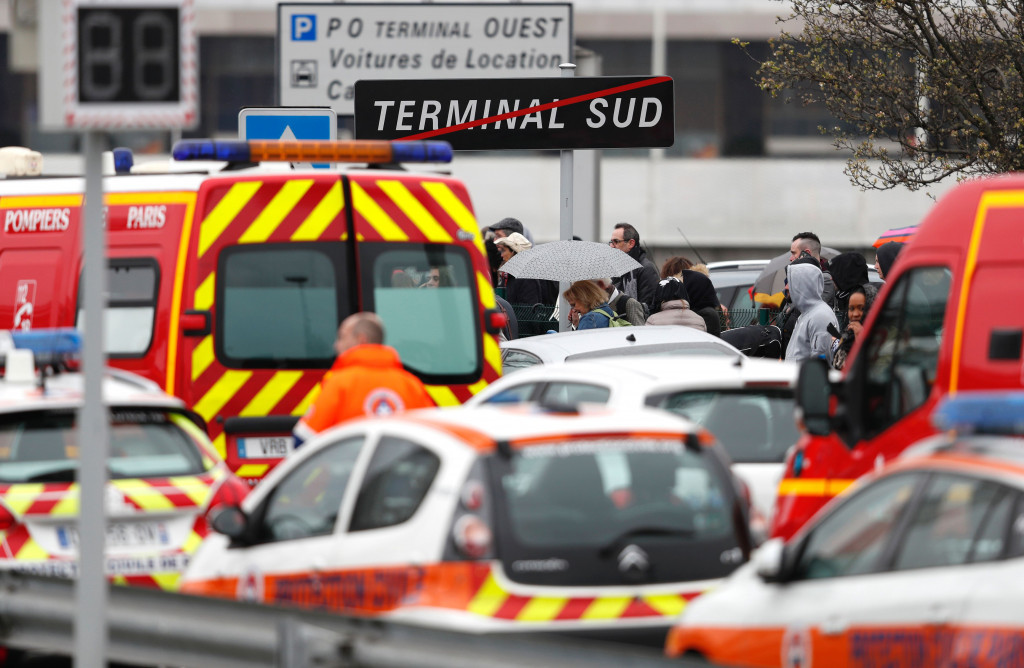 Paris 2024 co-chairman Tony Estanguet has pledged to ensure a safe and secure Olympics and Paralympics if the city is awarded them, in light of the latest terror scare in the French capital.

A man was shot dead following an altercation with a police officer at Orly Airport on Saturday (March 18).

French anti-terror officials have launched an investigation after the man, who was known to the security services, also shot at another officer in the north of the city earlier in the day.

Paris has been on high alert since bombing and shooting atrocities in November 2015 left 130 people dead.

Last July, 86 people were killed and 434 were injured when a lorry was driven into a crowd celebrating Bastille Day in the southern French city of Nice.

An incident also took place last month outside the Louvre Museum in Paris, when a soldier shot a man who, according to police, was carrying a machete and shouting "Allahu Akbar" - an Islamic phrase meaning "God is most great".

"Innovative" security measures including anti-drone technology and cyber crime prevention techniques are being pioneered by French authorities in time for use at Paris 2024, should the city beat Los Angeles in the bidding race.

This was revealed in the third part of Paris' Candidature Files, submitted to the International Olympic Committee (IOC) in Lausanne.

Paris' iconic Eiffel Tower, the proposed setting for beach volleyball competitions, is set to be put behind a 2.5 metre-high wall of reinforced glass to protect it against terror attacks.

The project is expected to cost about €19 million (£16 million/$20 million) and work could start later this year.

At a round-table event here in London today, Estanguet once again reiterated that Paris' Games would be secure and that has no concerns regarding the issue.

"Security is a top priority for us and has been since the beginning," Estanguet said.

"We have strong expertise in this domain.

"If you look at the 2016 European Football Championships, we had more than one million people in the fan zones and around stadiums and it was a very safe area.

"We have demonstrated that we can still organise international events without any trouble.

"We have the expertise to maintain safety and of course the Games in 2024 will be safe.

"It will maybe be the safest place in the world at that moment so we have no concerns about security."