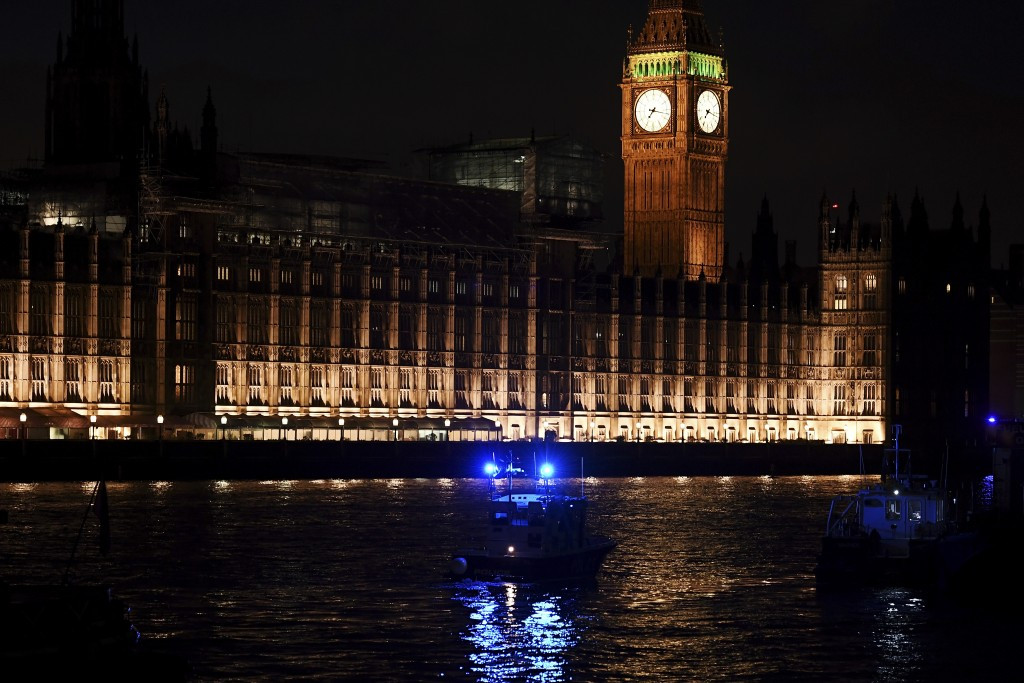 International Association of Athletics Federations (IAAF) President Sebastian Coe and members of the British Lionhearts and Italia Thunder boxing teams were among those caught up in a terrorist attack in Westminster here today, where five people have died and at least 40 injured.

Representatives from the two boxing squads were present at the launch of the second year of the British Lionhearts in the Community (BLITC) programme here, which finished just as the horrific incident was unfolding at around 2:40pm local time.

One of the victims of the attack was killed when a car drove at high speed on Westminster Bridge and into pedestrians, leaving dozens of others with serious injuries.

The car then crashed before the assailant continued the attack on foot and tried to gain access to the Palace of Westminster, fatally stabbing a police officer before he was shot dead.

The policeman has since been named as 48-year-old Keith Palmer.

A woman was also reportedly pulled alive from the River Thames, although she had severe injuries.

There are not yet any other confirmed casualties.

Three of those injured on Westminster Bridge were from a group of French schoolchildren, while four students Edge Hill University in Lancashire were also hurt, with two being described as "walking wounded".

Two police officers are said to be in a serious condition.

Acting Deputy Commissioner and head of counter terrorism at the Metropolitan Police Mark Rowley told reporters at New Scotland Yard that a major investigation was underway into a "marauding terrorist attack".

British Lionhearts super heavyweight boxer Frazer Clarke appears to have been one of the closest of the athletes to the incident.

He Tweeted: "I can never unsee what I've just seen in front of my eyes at the House of Parliament [sic] in London.

"God be with the police officer.

"Currently inside the lobby at the Houses of Parliament terrible scenes.

"God be with that police officer!! Get me out of here ASAP."

The Italia Thunder also issued a statement on Twitter in their native language, reassuring their fans and followers that they were okay.

"Not a good start [to] the adventure in London," the post read.

"Although at the time of the incident some of the #ItaliaThunder boxers were not far away, we want to reassure you that all are well."

I can never unsee what I've just seen infront of my eyes at the House of Parliament in London ... God be with the police officer

Coe, a member of the House of Lords, and IAAF communications director Jackie Brock-Doyle were also visiting Westminster at the time of the incident.

They were among several hundred people forced to wait in buildings around Westminster, spending several hours there before being evacuated.

Witnesses heard gunshots just outside of the building before the entire area was placed under lockdown by police and security officers.

Members of Parliament (MPs), who were in attendance at the House of Commons to vote on a pension bill, which came after Theresa May held her Prime Minister's Questions, were kept inside for over four hours along with hundreds of others, including journalists, staff and tour groups.

Around 1,000 people were then evacuated to nearby Westminster Abbey, where they were processed.

In the evening, May chaired an emergency meeting of the Cobra Committee, the British Government's emergency council for major security issues.

The British Prime Minister described the attack as "sick and depraved" in an address outside Downing Street this evening.

"For those of us who were in Parliament at the time of this attack, these events provide a particular reminder of the exceptional bravery of our police and security services who risk their lives to keep us safe," she said.

"Once again today, these exceptional men and women ran towards the danger, even as they encouraged others to move the other way.

"On behalf of the whole country I want to pay tribute to them and to all our emergency services for the work they have been doing to reassure the public.

"The location of this attack was no accident.

"The terrorist chose to strike at the heart of our capital city, where people of all nationalities, religions and cultures come together to celebrate the values of liberty, democracy and freedom of speech."

Boxers from the British Lionhearts and the Italia Thunder were here at an event to launch the second year of the BLITC, which aims to increase participation in sport in London.

It was held on the eve of the World Series of Boxing match between the two teams at York Hall tomorrow.

A statement from GB Boxing confirmed none of the British Lionhearts team were hurt in the attack but that they "witnessed" part of the incident.

They have vowed to fulfill tomorrow night's fixture with the Italia Thunder as planned.

"GB Boxing can confirm that boxers and coaching staff from its British Lionhearts boxing team (who are due compete against Italia Thunder in the World Series of Boxing tomorrow night at York Hall) were at Westminster today and witnessed part of the attack at the Houses of Parliament," a statement read.

“No members of the British Lionhearts team or coaching staff were harmed in the incident and all of the boxers and staff are safe and well.

“The boxers and staff have spoken to the police and security forces and are assisting them with their enquiries into the incident.

“The boxers are due to compete tomorrow night in the World Series of Boxing against Italia Thunder and are very keen to fulfil this despite today’s events.

“The team is completely focused on preparing for the fixture and will not be making any further comment on today’s incident until after the match is over and would like to ask journalists and the media to respect this and leave the boxers free to complete their preparations without any further disturbances.

“The team will review this position once the match is completed.

"The boxers, coaches and everyone connected with GB Boxing and the British LIonhearts would like to express their sympathies to everyone that was hurt in today’s incident and their sincere condolences to all of the families that have lost loved ones.”

“The team would also like to thank the public for all of their messages of support.”

Welterweight Pat McCormack and flyweight Muhammad Ali joined team-mate Frazer Clarke and members of the Italian side were in attendance, along with MPs and participants in the BLITC scheme.

Figures revealed today show that 2,321 people in the capital engaged with the award-winning programme, which also helps people in London with qualifications and health, during its first year.

A total of 12 community hubs were also created.

Those behind the scheme announced their intention to expand the project into six further London boroughs and engage with 1,500 more people in the second year.

It is also hoped the initiative, backed by Sport England, London Mayor Sadiq Khan and delivered by a network of boxing clubs and community groups overseen by England Boxing, can be spread throughout the country in future.

"The programme is everything we want to see from boxing," All Party Parliamentary Group for Boxing chair Charlotte Leslie said.

"Sometimes in politics things don't work because people don't work together, but the collaboration in this is amazing."

International Boxing Association President CK Wu added: "This programme represents the very essence of WSB values and why AIBA has created this league.

"By successfully engaging the community around boxing in a collective spirit, the British Lionhearts and all its partners have created a reference for other franchises to follow."